‘Pen15’: Maya Erskine, Anna Konkle, and the Awkward Tenderness of Growing Up 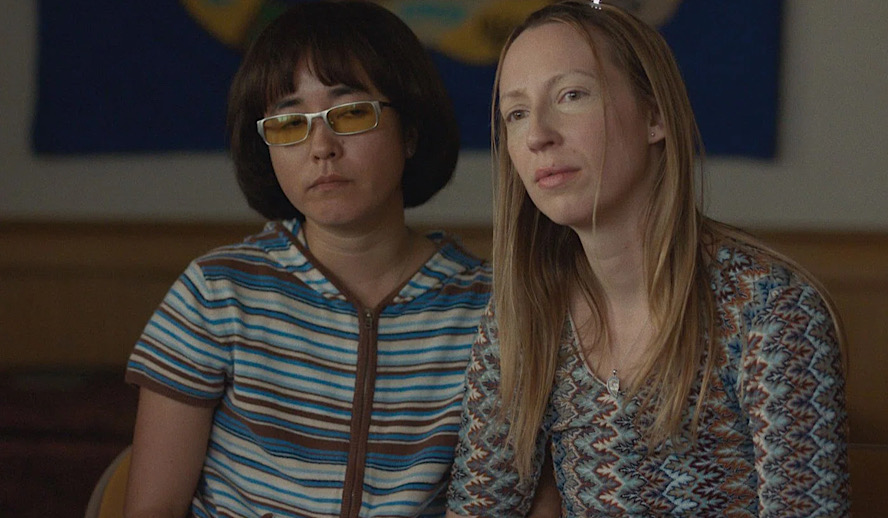 In this Season 2, Part B of ‘Pen15’, the 2000s set coming-of-age comedy series leaves audiences with the concentrated essence of growing up and a hundred awkward laughs to go with it. Starring Maya Erskine and Anna Konkle as the awkward, puberty-stricken seventh-grade versions of themselves, ‘Pen15’ released the last half of the final season on Hulu in a grand finale of love and cringe. As strange and fresh as the first season, these last seven episodes are a tender ending for the antics of these two eclectic, best friends. Moving beyond their burgeoning, coming-of-age journey in the first season, this installment introduces them to more serious, truly adult topics like divorce, death, and the complexities of older boyfriends, all still saturated in the beaded, low-waisted charm of an early 2000’s upbringing.

Comedies and Tragedies: Tales from Tweenagehood

Starting with as broadly heavy of a topic as the effects of the Holocaust, the exploration of the journey of an immigrant, and ending with more intimate tragedies, ‘Pen15’ dares take these themes and ideas to the next level, with the added expansion of real-world events that provide more perspective on these lovable but often misguided characters.

As with the entire series, the heart of ‘Pen15’ beats between Erskine and Konkle, vibrating with the brace-faced, tweenaged excitement of their younger selves. In typical fashion, their comedic timing and well-developed chemistry makes for a duo with writing that could feel forced, but almost always feels sweet and funny. They always manage to stand out in the way that awkward kids on the precipice of evolution often do, gangly and unfiltered. When you think that dialogue is ready to melt into a seamless ending, they’re always there to make it as awkward as you probably would have made it when you were thirteen.

This is where the emotional weight lies: in the midst of these heavy topics that heap onto your psyche when you’re just too young to fully grasp them, Maya and Anna inject that unadulterated cringe and self-seriousness into the most minuscule of moments, always committed to their half-baked middle-school understanding. At a strange time where identity starts to feel so important but so unreachable, Erskine and Konkle clearly understand – and remember – the nuances of their own fears and dreams along the way, reminding us of ours.

Not only that, but the supporting cast of youths provides a sort of authentic sensitivity. From the boy-next-door Sam (played by Taj Cross), whose teasing kindness reminds us all of the boys we used to know, to their other friends and siblings, the fitting and dedicated ensemble provides the lens through which the two main performances are magnified.

Some of the most painful but honest sequences of the entire show happen in this final group of episodes, giving the duo room to grow and change, but as with real life, room to do things that they regret, or to make decisions that feel huge and impossible. Along with the constant center of focus on matters of sex and romance, the growing importance of grief, self-esteem, and peer pressure becomes paramount to the day-to-day lives of these young women. In doing this, Erskine and Konkle illuminate the duality on this cusp of maturity and immaturity, fraught with angst, uncertainty, and most of all, eagerness. ‘Pen15’ bears the soft underbelly of growing up in the same vein of projects like ‘Eighth Grade’ or ‘Mid90s’, but with a powerful comedic streak. However, in this second season and end segment, the episode subjects feel considerably more thoughtful and mature, reflecting the way their problems have grown along with them.

This series ends with much heart as it begins, paying homage to the neverending partnership (both real and fictional) between Maya and Anna, and their vibrant spirits that feel like AOL and glitter gel pens captured in a bottle. Again, in keeping with reality, the ending of this show is as embedded with tragedy as it is with hope, tinged with that clarity of hindsight that adults telling youthful stories tend to have; but, ‘Pen15’ never lets the growing up get away from them, rather, it uses this clarity as a vessel through which we can finally understand the nuances of our own coming-of-age.

It’s unfortunate to say farewell to a show with a relatively short run – that seemed to end unexpectedly, though at the behest of the creators – ‘Pen15’ has undoubtedly made for an experience that completely channels the self-conscious energy of growing up, and all of the people that were (unfortunately) there to see it. Not only that, but in what might be the most important quality of the series, it reminds us of those things that transcend the time, place, and era that we grow up in, and rather, highlights the glaring similarities. While we fans are losing the titular characters of Maya and Anna in this endeavor, the greatest solace is the future that we’re sure they would have in store for them, and the adventures that we were lucky enough to follow along the way.

Fans of ‘Pen15’ can look forward to more from stars Maya Erskine and Anna Konkle to satiate their fix; Erskine is set to voice act in the TV mini-series ‘Obi-Wan Kenobi’ that’s releasing next year. It goes without saying that whatever comes next from this dynamic duo – independent or not – is likely to be just as creative and engaging as ‘Pen15’, but maybe… with less body hair and braces.