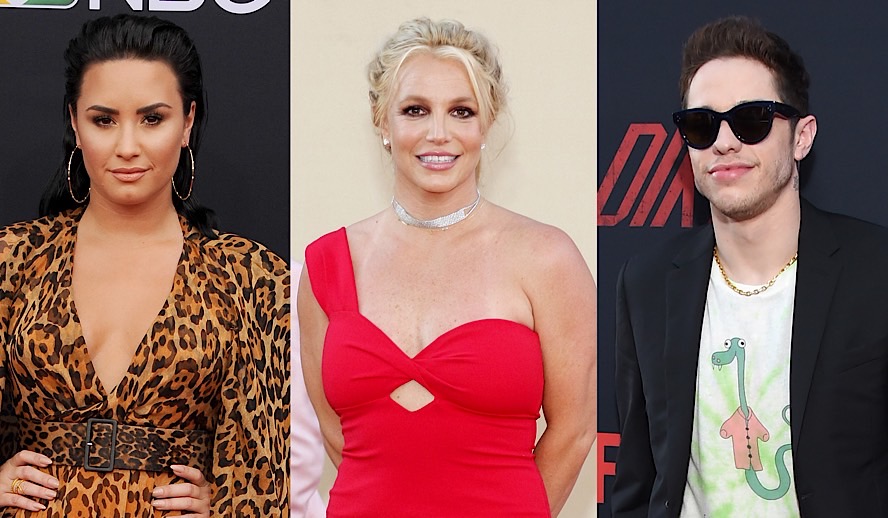 No matter the arena, mental health is a taboo topic of conversation. Mix the madness of stardom into the scenario and the subject becomes even more contentious. According to the National Alliance on Mental Illness, 19.1% of U.S. adults experienced mental illness in 2018 (47.6 million people). This represents 1 in 5 adults – and that represents the ones that declared their mental health condition. This figure supports the fact that mental health afflictions know no boundaries. The annual prevalence of mental health among adults in the United States touch every known demographic group, from Caucasian/White to Hispanic, Asian, African-American, multi-racial, to Straight, Gay, Lesbian or Bisexual individuals along with all socio-economic backgrounds. Likewise, mental illness doesn’t consider one’s choice of career when commissioning a body/brain/mind to inhabit. When your career hoists you onto a public platform, suffering from any form of mental illness is amplified by prying eyes at every corner. Suffering from such ailments is difficult to do in private, but imagine having to do so in a public forum? The stress is two-fold; dealing with your condition and having to field opinions of keyboard warriors cowards and critical braggarts. Britney Spears and Pete Davidson exist on different planes of celebrity, one a singer and the other a comedian, yet both suffer publicly with mental health issues. Although it can bring negative attention, the distinction of fame can also provide a platform for celebrities to be forthcoming and share their challenges with the world. A transparent approach can help to destigmatize the subject and help individuals seek the help they need without the lingering worry of shame or embarrassment. Society delivers an unfair verdict to those who suffer from mental illness, yet jump at the opportunity to assist someone with physical ailments seen by the naked eye. Mental illness is sneaky, covert, and artful, with it’s onset, and it’s high time we acknowledge the silent or not-so-silent suffering of our fellow humans.

Why did #FreeBritney Trend?

Britney Spears, a legend in her own right, has chased fame since she was 12, appearing on The All-New Mickey Mouse Club in 1992. Nearly 30 years later with 9 studio albums under her belt, she is a household name. While she has always been controversial and provocative entertainer, 2007 marked a turning point in her public image and personal life. Spears suffered a very public meltdown which commenced with shaving her head completely bald and beating a paparazzi’s car with an umbrella. Since this very scary public display of disquietude, her father Jamie Spears has been her conservator, making all decisions on behalf of his daughter in every aspect of her life, from daily activities to medications. Britney has seemingly stabilized under her father’s care, marked by a triumphant Las Vegas residency which lasted for two years. In 2019, it seemed that Britney turned a dark, yet familiar corner. Last January, an announcement was made that she was taking a step away from the public eye, including putting her new album on hold and cancelling her new Las Vegas residency indefinitely to take care of her father, who’s health was deteriorating at the time. The world watched with baited breath for the next news from Camp Britney. Next, it was reported that she checked herself into a mental health facility to cope with the stress of her father’s illness. Fans were believing that the singer was being held in a treatment facility by her father and against her will. Thus, the Free Britney movement began. This was also fueled by her mother’s legal filing to challenge the conservatorship, asserting that she also believed Britney was being wrongfully controlled. Several court visits later, a judge ruled that Britney must remain under a conservatorship overseen by her father and a lawyer and that her mother can also have access to Britney’s health records. This decision was made in the best interest of Britney, as it was clear that under her father’s care, she stabilized and recovered from her public meltdown. Britney’s team is vocal about her treatment, insisting her stability is controlled by medications. At present, it is unknown whether or not Britney will ever return to the stage. Either way, true fans will support Britney’s decision, even if it is in her best interest to retire. If performing is a matter of life or death, it should be avoided at all costs. Having sold over 150 million records worldwide and more than 70 million records in United States (36.9 million digital singles and 33.6 million digital albums), she is one of the best-selling music artists of all time. As a result, she should have the financial resources necessary to retire and channel her energy into achieving mental stability, free from public scrutiny.

In performing arts, the line between comedy and tragedy seems to be more blurry than ever. The phrase, “Laughter is the best medicine” is thrown around like confetti when you’re feeling down. Comedy is used as a coping mechanism, which may explain why so many famous comedians are notoriously depressed. Pop culture seems to highlight the connection between comedy and mental instability, as seen during news coverage of the unfortunate demise of Robin Williams. Are comedians tragic, unstable people or is tragedy just funny to joke about? Perhaps the oldest example of this is weaved within the plot of the Italian opera Pagliacci (1892). The titular character was a sad, depressed clown. While his audience was distracted from their bleak lives for a short moment during his performance, he could not be distracted from his own inner turmoil. Having discovered that his wife cheated on him, he confronts her while they are performing a play whose plot mirrors their real lives. No spoilers, but the clown ultimately couldn’t shake his inner demons. “Pagliacci” is often thrown around when referring to someone who hides their mental anguish behind a smile. Over 125 years ago, the connection was drawn between comedy and depression. It seems this theory makes sense, and many jokesters may utilize comedy as a form of therapy not only for their audiences, but also for themselves.

Saturday Night Live’s Pete Davidson is a comedian who is vocal about his personal struggle with mental health issues. He has publicly shared his battle with Borderline Personality Disorder (BPD), depression, and his struggle with suicidal thoughts. In December 2018, Davidson shared a very candid Instagram post, “I’ve spoken about BPD and being suicidal publicly only in the hopes that it will help bring awareness and help kids like myself who don’t want to be on this earth,” Davidson continued. “I just want you guys to know. No matter how hard the internet or anyone tries to make me kill myself. I won’t. I’m upset I even have to say this, to all those holding me down and seeing this for what it is – I see you and I love you.” While any increased awareness to mental illness can help when it comes to reducing stigma, an honest discussion about experiencing suicidal thoughts is something seldomly shared from a celebrity to the public. The fact is, there are millions of people in this world who hear Pete Davidson talk openly about his own struggles and may develop an emotional connection to him as a result. His tenacity in the face of such a personal struggle shows others that they also have the strength to fight their demons. In December 2019, Pete appeared on an episode of Saturday Night Live and made an underhanded reference to rehab, veiled as a joke. While appearing in a sketch called “Weekend Update”, he indicated that he plans to enter rehab in the near future. While no official announcement has been made regarding Pete’s rehab status, we are proponents for self-care and hope Pete gets the help he needs. After all, he may yearn for his farcical jokes and off-colored humor as much as his fans do! It may be dually-therapeutic.

Overall, it’s obvious that suffering from mental health issues is difficult. Doing so in the forum of unsolicited public opinion perpetuates the problem. Keeping that in mind, society should collectively re-think how we judge those who suffer – especially those who have the strength to verbalize it publicly. Be it Britney Spears, Pete Davidson and/or Demi Lovato – all deserve kindness.

If you or someone you know is in suffering from a mental health emergency, call The National Suicide Prevention Lifeline at 800-273-TALK (8255) or call 911 immediately.