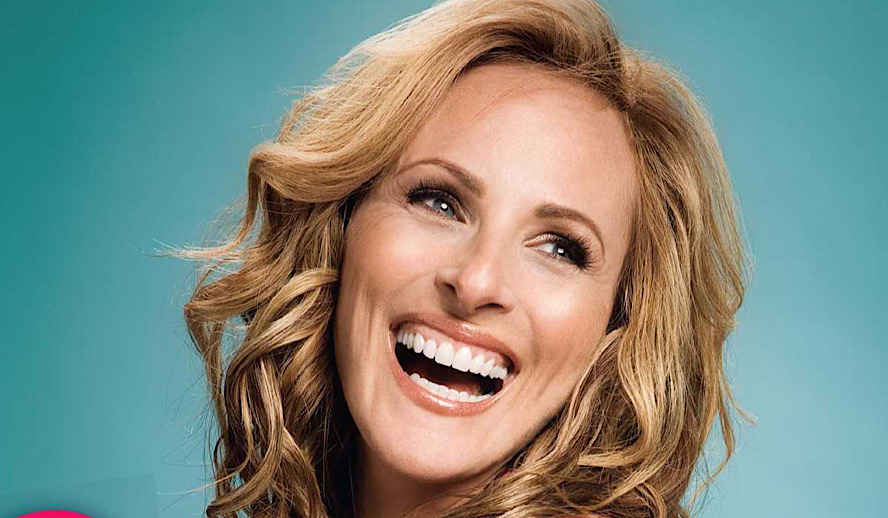 Many may know the actress Marlee Matlin due to the record-breaking academy award she earned for Best Leading Actress at the young age of 21 in her very first movie role, ‘Children of a Lesser God’. To date, she is the youngest winner within that category in addition to the only deaf individual to ever win an Oscar. Growing up in Chicago with her parents and two older brothers, she is the only deaf individual in her family. She completely lost her hearing at just 18 months due to illness and high fevers. Growing up, she never knew life any differently since her hearing loss spawned at just one-and-a-half years old.

As a child, Matlin enjoyed bringing stories to life and at the age of seven, she made her debut on the stage playing the famous role of Dorothy in ‘The Wizard of Oz’ in an ICODA (International Center on Deafness and the Arts) production. She participated in several of their shows where she was eventually scouted by actor Henry Winkler during one of her performances. Winkler refers to Matlin as a “second daughter” in an interview he did with PEOPLE magazine and recalls their initial interaction, “Stacey and I went to a talent show at this place. A young girl came out, 12 years old, couldn’t hear, and danced to a song from The Pajama Game. And Stacey and I wept, not because it was a little girl dancing who couldn’t hear, but because her spirit jumped out of her body and into everyone’s hearts. You couldn’t miss it if you had a pulse.”

Matlin had the honor of meeting the actor after her show where she confided in him that she too wanted to be an actor in Hollywood. He told her to persist, and make sure no one ever told her ‘no’. Little did she know only eight years later she would be accepting her Oscar.

From Actress to Activist

As mentioned earlier, Matlin’s breakout role as Sarah in ‘Children of a Lesser God’ is what put her on the map. The film is based on a screenplay of the same name written by Mark Medoff and follows Matlin’s character Sarah, a deaf (and quite rebellious) custodian and former student at a school for the deaf/hearing impaired along with James, (William Hurt, ‘Lost in Space’) the school’s newest speech therapist. Over the course of the movie, these two characters from opposite worlds begin to fall in love despite their conflicting beliefs regarding deafness and the use of speech. The film won several awards and grossed over $25 million in the United States and received much praise from both the hearing and deaf communities.

Obviously, her widespread recognition was a huge breakthrough within the deaf community and over time the more Matlin’s worked in television and film, racked up impressive awards, and became more and more comfortable with speaking out, she became not just an actress but an activist. She put her activism to the test when she was first approached by writer and producer Sian Heder (‘Orange Is the New Black’, ‘Tallulah’) for the film, and the actress’ latest project, ‘CODA’. The film is based around a CODA, or Child of Deaf Adults, Ruby who is the only hearing individual amongst her deaf family. After joining the school choir and finding her passion for music, she struggles with wanting to pursue her newfound love in fear of abandoning her family in which she has always served as an interpreter for her parents and worked on the family’s struggling business.

Deaf is Not a Costume

Heder recalls in an interview with IndyStar that when she first met with Matlin to discuss the project over coffee, Matlin shared she hadn’t wanted to do a film so bad since ‘Children of a Lesser God’. However, Matlin was forced to speak up when she was hit with the proposition that the studio behind the film wanted to cast a well-known hearing actor to play the role of Matlin’s husband in the film. She recalled, “I put my foot down and said, ‘If you do, I’m just out, that’s it. I can’t see any actor putting on the costume of being deaf. We are not costumes to put on, not any longer,” Matlin says. “I’ve seen so many times in this industry where hearing actors take on the role of deaf characters.

We’ve had enough of that. It’s time for myself and other deaf actors to be able to speak up and say, enough is enough. We are here. Our talents are valid.” In order to receive the accurate representation in Hollywood that the deaf community is seeking, Matlin isn’t afraid to make change happen. While Hollywood is in the process of fine-tuning its representation of disability/impairment inclusiveness in the entertainment industry, Matlin uses the opportunity as an actress to speak out. She spoke to CBS News in an interview for ‘CODA’ where she shared her excitement for future opportunities, “And not just me, but for deaf actors, writers, directors, people who work behind the camera. We have a history, we have a culture, we are part of the diverse continuum. So, what do I do? I talk about it, I make noise about it.”

What’s To Come For Matlin

‘CODA’ was the breakdown hit of this year’s Sundance film festival. It won several awards including the Audience Award, Grand Jury Prize, Ensemble Cast, and Heder even walked away with the best director award. It also won the highest purchase price in Sundance history – selling to Apple for $25 million. Her steady stream of impressive work and meaningful projects excite viewers to what project she might jump on to next. Working in both film and television, she has proven herself as one of the most versatile actresses of our time while also managing to speak on subjects close to her heart in hopes of making a difference. For those who haven’t given ‘CODA’ a chance yet, I would highly recommend the film which is now streaming on Apple+.