Cannes Film Festival 2021: As ‘Titane’ Wins the Palm D’Or, Here Are Cannes Winners Who Went On to Win Oscars 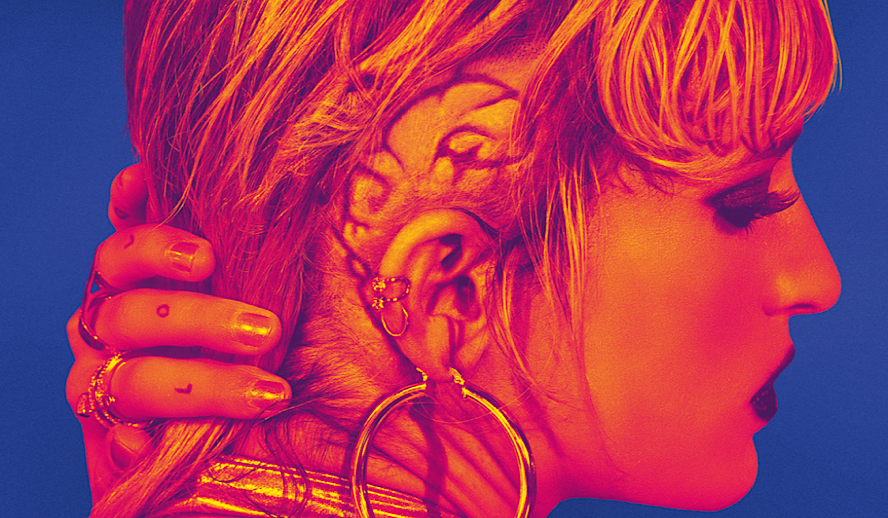 Photo: ‘Titane’ is now one of the Cannes winners

‘Titane’, directed by Julia Ducournau, has taken home the Palm d’Or at the 2021 Cannes Film Festival, making it only the second film in history directed by a woman to win the award. Jury President Spike Lee mistakenly announced the winner early in the ceremony. The second highest honor, The Grand Prix, was split among two films, ‘A Hero’ directed by Asghar Farhadi and “Compartment No.6.” directed by Juho Kuosmanen. The Best Director Award was granted to Leos Carax for ‘Annette.’ Best Actor went to Caleb Landry for his performance in ‘Nitram’ and best actress went to Renate Reinsve for her performance in ‘The Worst Person in the World.’ Best Screenplay was awarded to Ryusuke Hamaguchi for ‘Drive my Car.’

After a year-long absence, hearing about all these great films can restore even the most pessimistic of cinephiles to their pre-pandemic glory. Perhaps most importantly, the festival has also given us an influx of Timothée Chalamet and Tilda Swinton friendship photos we never knew we needed. While reviews for ‘Annette’ have seemed to be a bit a mixed bag, films like ‘The French Dispatch,’ ‘Red Rocket,’ ‘Bergman Island,’ ‘The Souvenir Part II,’ and ‘Feathers’ are being lauded by most.

A good reception at Cannes can be crucial for distribution, release, and awards buzz. While it’s clear Adam Driver is going to be receiving a lot of attention for his performance in ‘Annette,’ critics are also hopeful that Sean Baker can finally break-in as a serious Oscar contender for ‘Red Rocket’ after being nonsensically shut out for ‘The Florida Project.’ But what exactly is the relationship between Cannes and the Oscars? It’s definitely the first stop on the awards circuit, however, only three Palm D’Or winners have ever gone on to also with the Oscar: ‘The Lost Weekend,’ ‘Marty,’ and ‘Parasite.’ The Oscars are in no way a determining factor of a film’s worth. I’m not sure if it’s a matter of my maturing and watching more films or if it’s an objective fact, but as the years go on it seems the Academy Awards are consistently getting it wrong. For better or worse they still hold prestige.

Some great Best Foreign Language Film Winners (now known as Best International Feature) have come out of Palm d’Or winners, such as ‘Black Orpheus,’ ‘La Dolce Vita,’ ‘A Man and A Woman,’ ‘The Tin Drum,’ ‘Pelle the Conqueror,’ and ‘Amour.’

Here’s an exploration of some important Cannes winners & Oscars winners overlaps in history:

Billy Wilder’s 1945 drama about an alcoholics’ four-day binge is definitely a must-see for fans fascinated by the director’s versatility. It won the Grand Prix du Festival International du Film at the very first Cannes festival in 1946. It’s a dramatic noir-esque dissection of the dangers of alcohol, released in an era where drinking and driving were not nearly as taboo as it is today and daily alcohol consumption was normal.

Marty took home the Palm D’Or in 1955 and the Best Picture Oscar in 1956. It tells the story of a middle-aged man who looks nothing like a leading man who finds love in one night with a middle-aged woman. It’s funny, particularly the scenes with Marty’s Italian mother and aunt, and surprisingly moving, such as the iconic moment of vulnerability when he exclaims, “I’m ugly, I’m ugly!” However, the casual cruelness at calling his love interest Clara a “dog” due to her plainness gets a bit unnerving.

What more can possibly be said about ‘Parasite?’ As if it wasn’t impressive enough, consider the fact that it broke the 64-year streak of no Palm d’Or winner and Best Picture winner overlapping. The genre-bending story of greed, wealth, and poverty spun with a thread of two Seoul families became the first film not in the English language to win Best Picture and will no doubt go down in history as one of the millennia’s best. It’s hard to tell whether ‘Titane’ will follow in its footsteps and make it all the way to the top, however having the example of ‘Parasite’ so fresh in our minds will no doubt get people, and potentially Oscar voters, thinking.

Being honored at Cannes has led to more crossovers in the acting categories than the Best Picture categories. Keep in mind however that the number is small compared to the number of times an actor or actress has been honored at Cannes and received no Oscars love, nomination included. Only five actors who have won at Cannes have gone on to win Oscars: Ray Milland for ‘The Lost Weekend’, John Voight for ‘Coming Home’, William Hurt for ‘Kiss of the Spider Woman,’ Christoph Waltz for ‘Inglorious Basterds,’ and Jean Dujardin for ‘The Artist.’

Four actresses have followed up their Cannes wins with Oscars: Simone Signoret ‘Room at the Top’, Sophia Loren for ‘Two Women’, Sally Field for Norma Rae, Holly Hunter for ‘The Piano.’

One thing that Cannes truly does better than the Oscars is their decision to award the Palm d’Or directly to the director behind the film. From a filmmaking perspective, and perhaps a general perspective, it makes the most sense to grant the “best film” award to the person who made the film. It also allows for some wiggle room for the “Best Director” award, allowing it to grant a special honor to a film that might not have been the overall best, but whose unique direction or vision makes it truly exceptional. At the Academy Awards, however, Best Picture nominations are granted strictly to the producers.

This flawed system can’t help but have one question what this award really means when a director is not nominated in their category and the film is for best picture; in recent memory ‘Lady Bird’ comes to mind as one of these ridiculous instances. To date, no Cannes Best Director winner has gone on to receive an Oscar for their film, but the following have been nominated: Robert Altman ‘The Player,’ Joel Coen ‘Fargo,’ David Lynch ‘Mulholland Drive,’ Alejandro G. Iñárritu ‘Babel’, Julian Schnabel ‘The Diving Bell and the Butterfly,’ Bennett Miller ‘Foxcatcher,’ and Paweł Pawlikowski ‘Cold War.’