The All-White ‘Lord of the Rings’: A Continuing Lack of Diversity 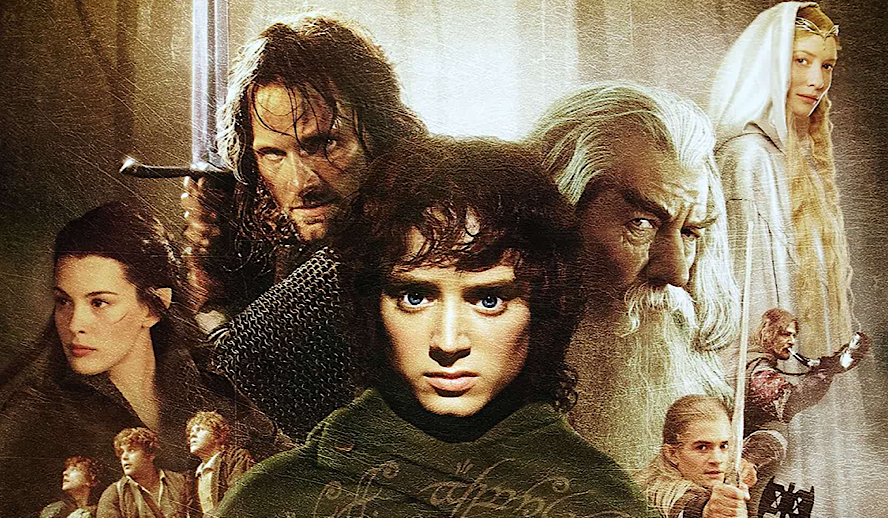 Photo: ‘Lord of the Rings’

Perhaps the most influential fantasy franchise of all time is ‘Lord of the Rings’. The original trilogy has grossed almost three billion dollars and the second trilogy of ‘The Hobbit’ grossed approximately the same amount. While the film and book series have been commercial and critical successes, they’ve been consistently criticized for their portrayal of women and the racism is shown. A partial part of the burden is placed on writer J. R. R. Tolkien’s shoulders because he created the source material. However, another part should be placed on the directors, the writers, and the crew behind these films. There was a failure done by the entire unit behind these films, and unfortunately, the aftershocks are still impacting pop culture and fans today.

Related article: Lord of the Rings TV Series: Everything We Know about Amazon’s Upcoming Show

Diversity in ‘Lord of the Rings’ – An Uphill Battle

Although the television show is set to be revolutionary in terms of special effects and bringing a new story, it still has a big lack of diversity. The reason this is such an issue is that ‘Lord of the Rings’ is one of the most impactful fantasy series of all time. As the classic saying goes, “Monkey see, monkey do”. When fantasy series see a lack of diversity in such a successful franchise, they believe they can implement it on their own without consequence.

Take the hit book series and show ‘Game of Thrones’ for instance. George R.R. Martin has even credited the ‘Lord of the Rings’ for inspiring his books. There are, quite frankly, very few to no people of color throughout the show. While the series is known for its sudden deaths, the very few people of color are often many of the people who die right away. They’re reduced to side characters or only seen in the background. Really, they’re just used as pawns by the main white characters to get whatever they need. We see people of color, especially Black people, in ‘Game of Thrones’ reduced to slaves or assistants. Much of this lack of diversity can be attributed to Martin as well as his inspiration, ‘Lord of the Rings’.

The Problem With ‘Lord of the Rings’

‘Lord of the Rings’ was an extremely successful, well-done series in terms of story, world-building, and special effects at the time. However, it placed people of color in very problematic and stereotypical villainous roles. For example, the protagonists of both ‘Lord of the Rings’ and ‘The Hobbit’ were white men. Women were rarely in positions of power or even seen at all because the quests were undertaken by groups of men. While these problems of gender lie with the original writer, J. R. R. Tolkien, they’re still issues in terms of inclusion. Tolkien’s ideals continued over to the creatures and mythic beings in his stories. The biggest racial problem we see in ‘Lord of the Rings’ is with the Uruk-Hai, which is completely Tolkien’s fault.

In the books, the orcs are described as “flat-nosed and with slanted eyes”. This description basically translates to Eastern Asian features, the only time Asian people are mentioned in his book. The Uruk-Hai are described as mixed race, one of only two groups of people of color in the books and movies. As well as that, Tolkien’s ethnocentrism geography of Middle-Earth describes a good and sophisticated West versus an evil and scheming East. Obviously, this creates a disparity between two groups of people, one who happen to be people of color and the other who happen to be white men. In the films, this racism is even more prevalent because of how they dress and apply prosthetics to the actors.

The Uruk-Hai in the movies have pug noses, dark skin, and often have dreadlocks attached to them. Dreadlocks, a hairstyle synonymous with Black people, clearly denotes a certain race to the Uruk-Hai. Even worse, the Uruk-Hai are bloodthirsty, evil, and violent, further reinforcing stereotypes of Black people being aggressive. The Uruk-Hai, while on the side of evil, often fight one another too and get into serious discourses. Many of the creatures are shown to be selfish and only care about basic desires.

What Changes Can Be Made

When adapting a book onto the screen, there’s often a lot of discussions between the screenwriter and original author of what to keep and what to change. For the ‘Lord of the Rings’ movies, they were released in early 2000 and the world has changed a lot since then. The newest adaptation will be coming out in the next decade, so there are many things that can be changed to make it more inclusive. It may be Tolkien’s original vision, but it doesn’t have to stick to his stories completely. Take other book-to-film adaptations like ‘Harry Potter’ and ‘Game of Thrones’ for instance.

The ending of ‘Game of Thrones’ has yet to be written, so the screenwriters of the show made their own. ‘Harry Potter’ had already been completed, but some information from the books made it and other information was deemed unnecessary. There is a way to fulfill Tolkien’s original ideals and ideas without compromising too much. But in such a changing time with many diverse actors available, there needs to be more change. Minority voices need to be heard and there are ways to do that without completely changing everything in ‘Lord of the Rings’.

Sometimes, people are too scared to differ from the source material. In this instance, I think change is needed. People have been calling the franchise out for decades on their racism and sexism, but no change has been done. Something needs to be done because the more lack of inclusion there is, the more fans will stop trying to tune in. There needs to be change and it can be done in a way that doesn’t hurt fans or deviate from the source material too much. Change is hard, but it’s possible.