Italian Film ‘Security’ Makes You Feel Anything But Secure | Netflix 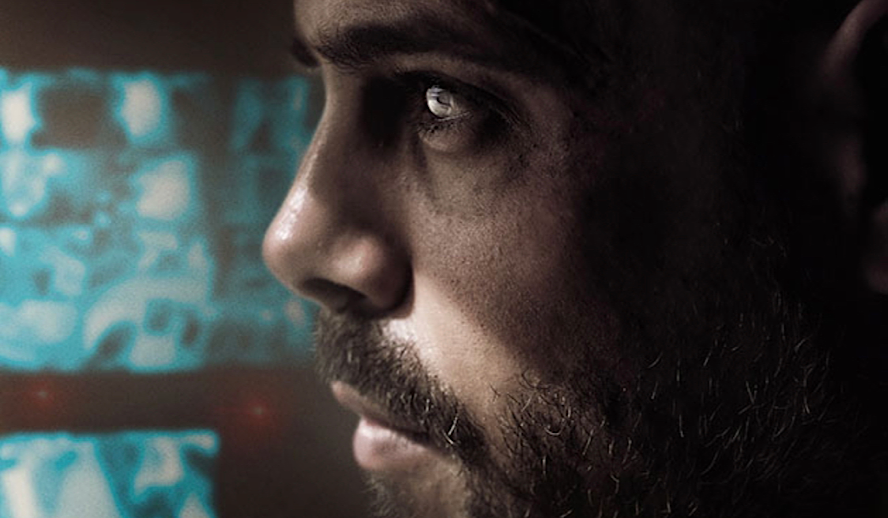 My Obsession With International Films

Over the years, I have realized that I have become more and more interested in film from other countries. It’s possible that I have become so used to seeing the same faces in Hollywood, and felt that the unfamiliarity in foreign history, and the talent from other countries, would provide more entertainment and diversity for me. Italian psychological thriller, and crime film, ‘Security’ has appeared on the ever-growing ‘Netflix’ roster, earlier this week. I could not have been more excited to watch it, considering I have yet to be disappointed with any international film I have seen so far.

Initially, I had thought that ‘Security’ must have been an older film, that has just been dubbed and picked up by ‘Netflix’ as of recent. Much to my surprise, the film has been released this year. Since the film is Italian, it only makes sense that Italy got first dibs. The film was first released in Italy on June 7th, then released the on 16th of this month virtually, everywhere else.

While digging for more pretext before diving into this film, I discovered that the director of ‘Security’, Peter Chelsom, has quite an impressive resume under his belt. He has both directorial and acting credits in Europe and in America. He is credited as the director for the 2001 romantic comedy, ‘Serendipity’, starring both John Cusack and Kate Beckinsale. He is also credited as the narrator of the 2006 Television comedy series, ‘Psych’. Chelsom has even earned twelve international awards for his work. This knowledge contributed to my eagerness and excitement to watch ‘Security’. The film did not disappoint.

‘Security’ takes you on a wild ride, complete with drugs, alcoholism, phobias, abuse, infidelity, and politics. It sounds pretty complex and maybe a little incoherent when I put it that way, and many critics would claim that they had a hard time following the story. However, I have to disagree a bit. I believe the writers did a pretty good job of integrating all of these taboos into a film, without making the storyline too muddy.

If you strip away all of the sub plotlines, the story is actually about the class and age differences between people of this community in Italy, and how people of superiority, whether that be in the form of finances or in the form of influence, manipulate and take advantage of those under them. The film’s protagonist, Roberto Santini, played by the seasoned actor and director, Marco D’Amore, is a high-profile security system operator in the small town of Forte dei Marmi. The perfect, picturesque town is flipped upside down when a tragic case of sexual violence occurs.

Roberto happens to be the first to catch wind of the case, when one of his security cameras catches a video of the battered young student, searching for anyone to help. He finds that he and his family have extremely complicated ties with all of the suspects in this case. Roberto is willing to risk that all, if it means protecting other young girls, like his daughter from brutalities such as this. Without the support of his family, It is up to him to play detective and solve this very complex and mysterious assault case of the young woman. The film also seemed to have a bit of commentary on both the importance and the dangers of advanced technology, as most films these days do.

The film’s main focus regarding this topic is recording devices. I was not expecting this kind of commentary at all. However, the emphasis on the many, and I mean, many security cameras, mobile phones, and social media outlets make that very clear to me. It sounds random, but it makes sense for the film. The devices all caused clarity and ultimately helped to solve the problem at hand. However, the devices also caused a lot of damage, and originally displayed many false narratives that could have been detrimental to the lives of innocent people. Somewhere in the midst of all the madness this film displays, I feel there is a valuable lesson to take away from it. It is definitely a harder one to chew on.

Overall, I would say this film was really exciting and well-rounded, as far as the cinematography, casting, directing, and writing goes. Although the dubbed voices were a little wonky and did not always match the emotions of the actors, all of the actors did a very decent job. The acting felt genuine and urgent, just like the film’s theme. I also appreciated the fact that this film is laid out similarly to that of a puzzle. There was always something the audience had to remember and connect to other scenes of the film. I am a fan of films that will make me recall past events and think about where the story is headed. I can’t think of a dull moment throughout the film’s plotline. I felt like it was just the right amount of chaotic, without being too overbearing.

The film’s run time is approximately two hours long, but the pacing and the content of the storyline make it a breeze to sit through. If you are someone who enjoys films that force you to pay attention to details, and films about crime, I would definitely recommend this film to you. The English dubs being slightly off from the translated subtitles, and the English dub voices coming off a little too bland for the tone of the film are just a few minor annoyances at most.

The film has many great qualities that weigh out the bad. At first, I wasn’t sure what to expect from this film. I could not find a ton of information on the film’s synopsis, beforehand. Now, I know that I am really glad I chose to watch it. I think everyone should step out of their film comfort zone and if more International films a try. I find that I actually prefer to watch them at times. Maybe you will as well.