The Simplistic Charm of Garfield: An In-Depth Analysis of this Cool Cat’s Success Story 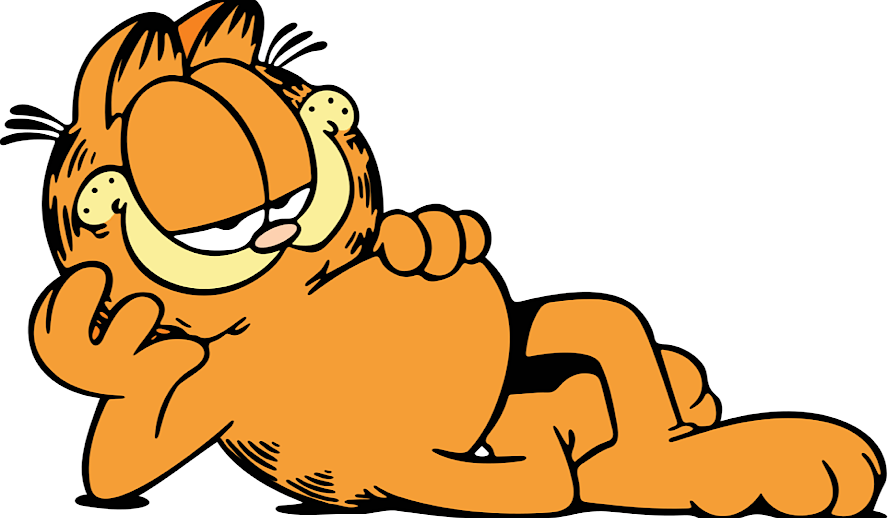 Even if you’re not someone who’s into newspaper comics, the chance that you’ve never heard of Garfield is astronomically small. The lazy orange cat has been a staple of American pop culture since the first ever strip debuted on June 19th, 1978. Since then, the comic strip continues to run to this very day, and has spawned everything from merchandise, to video games, to animated television adaptations, to live-action theatrical films.

But with such overwhelming popularity surrounding a daily comic strip about a sarcastic cat and his bumbling owner, the question arises: What led to this level of attention? What was it that Garfield did that dozens of other more obscure comic strips didn’t? Well, before we dive into the matter of just why Garfield resonates with so many people, let’s take a look back at how the strip began.

Garfield was created by a man named Jim Davis. Back in the early 70s, Davis created a comic strip titled ‘Gnorm Gnat’, which fell under the radar, only being published in The Pendleton Times for a few years. A newspaper syndicate editor offered some reason as to why they weren’t interested in putting ‘Gnorm Gnat’ into syndication; while the art and writing were good, he felt that “nobody [could] identify with bugs”. This got Jon thinking about what kind of animals he could base a new comic strip around. After seeing how many dog-centric comics existed, he decided to make one featuring a cat. This decision also had some real-life influence, as he grew up on a farm where 25 cats lived. Prior to ‘Garfield’ itself, he published a prototype of sorts, simply titled ‘Jon’. Eventually, the name was changed as the strip shifted in focus to Jon’s cat, and with some help from Charles Schulz, said cat’s design was fine-tuned into what it’s recognized as today.

So now that we’re all up to speed on how Garfield came to be, what makes this franchise stand out? There are quite a few factors in Garfield’s success, actually. For one, the audience. Comic strips in general have a tendency to be aimed more at adults than kids, with situations and humor that older people will be able to relate to. As someone who was into newspaper comics as a kid, I can tell you that quite a lot of jokes and dialogue went over my head. What makes Garfield work is that, while it does contain the type of “older audience” humor frequently seen in comics, it’s also got a lot of jokes and situations that kids can easily pick up on. There’s no shortage of slapstick and silly expressions to draw in the youngest of crowds, while the dialogue contains enough cleverness for older readers to appreciate. Combine all that with the friendly artstyle and you’ve got a rare perfect amalgamation of elements that make for a comic strip that can truly be appreciated by just about anyone of any age.

On top of humor, there’s actually quite a bit of personality to the characters of ‘Garfield’. The titular cat may seem a bit one-note on the surface (more on that later), but his characterization is very distinct. He hates Mondays, loves lasagna, gets annoyed by fellow pet Odie, and is very lazy and sarcastic. While fictional characters with similar cynical traits are not at all hard to come by, what makes Garfield stand out is his simplicity. Going into ‘Garfield’ comic strips, readers can expect Garfield himself to act a certain way or engage in certain activities that are unique to him. While the cat does exhibit a lot of negative traits, it’s never done in a way that makes him unpleasant or unlikeable. Even if Garfield gets on his owner’s nerves all the time, he still manages to be a fun character. And speaking of his owner, Jon is also a character that’s easy to get behind. It’s no secret that life can go in unwanted directions more often than we want it to, and that’s a fact that makes Jon all that more relatable. Sometimes all it takes is an  extremely unlucky young man living with his cat and dog to become an iconic character.

Is Repetition an Issue?

As to be expected with a franchise that has run along as long as ‘Garfield’ has, there’s been occasional criticism thrown it’s way. Ignoring the reception of spin-off media like the live-action films and the CG-animated television series, not everybody agrees with the aforementioned notion that the strip’s emphasis on simplicity makes it endearing. A decent amount of people over the years have criticized its tendency to rely on the same basic character traits for laughs. Garfield’s lazy, hates Mondays, he loves to eat, he’s annoyed by Odie, he swats spiders with rolled-up newspapers, the scale mocks him for being fat, and he gets on Jon’s nerves. But even if some people do think ‘Garfield’ has run dry over the years, I personally think there’s a comfort to be found in the repetition. Garfield wouldn’t be Garfield if his weight wasn’t addressed, if he wasn’t lazy, if he didn’t love lasagna, if Jon wasn’t a bumbling scatterbrain…you get the idea. ‘Garfield’ is meant to provide simple, relatable entertainment in small doses, and that’s exactly what it does.

Garfield may not be one of the most nuanced pieces of work the world has ever known, but he has entertained generations. There’s a reason why the comic still continues to this day, why there’s both a new animated series and film (starring Chris Pratt in the titular role) in the works, and why it’s spawned so many good-natured parodies. Garfield is something that’s easily digestible for kids, yet it also has enough substance that adults can look back on him fondly. The writing, the character designs, and the general sense of personality the strip has really makes it stand out. I remember going to a doctor’s office for a short period of time when I was young, and there were Garfield comic strip compilation books in the waiting room. That was one of my first experiences with Garfield back then, and at the time, they captivated me. I can only imagine how many kids throughout the years have had similar experiences with the orange cat. It doesn’t always take an artful masterpiece to make a pop culture icon, sometimes all you need is a concept that can entertain both kids and adults alike. Garfield isn’t going anywhere any time soon, and I couldn’t be happier to know that.