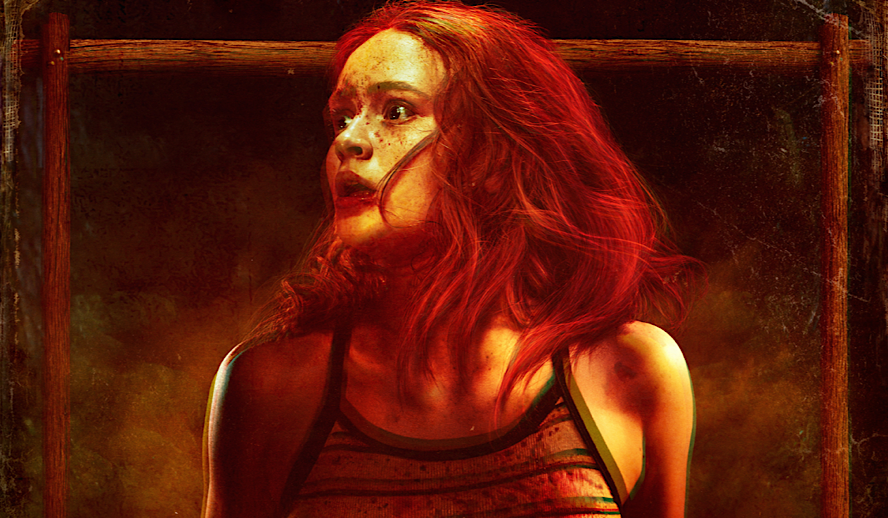 Netflix made headlines when they announced they would be releasing a ‘Fear Street’ trilogy, based on the iconic R.L. Stine books, back-to-back in three consecutive weeks. Now, in July, we find ourselves in the midst of its’ release, with the first two films streaming on the platform and the third scheduled to release next Friday. To make things short – ‘Fear Street Part 2: 1978’ is a bloody, fun affair.

The latest release, ‘Fear Street Part 2: 1978’, expands on the lore built in the first film, ‘Fear Street Part 1: 1944’, in which an ensemble of teenagers attempts to take on the mythical witch, Sarah Frier. Frier reportedly haunts their small town of Shadyside, bestowing on it a “curse” that results in an abnormal number of deaths and deranged incidents each year. At the end of Part 1, the surviving teens realize that their friend Samantha is still being targeted by the witch. They locate a woman named Ziggy (Gillian Jacobs) who supposedly survived the witch’s rampage decades before, in an effort to save her too. In Part 2, Ziggy’s story is told.

We meet a fourteen-year-old Ziggy (Sadie Sink) at summer camp, circa 1978. She’s abrasive and rebellious, to the chagrin of her older sister and camp counselor Cindy (Emily Rudd) and to the delight of the mean, popular girls of the camp. Relentless bullying only pushes Ziggy to become more cynical about her place in the world, especially as a resident of cursed Shadyside.

One night, the ancient witch named Sarah Frier possesses camp counselor Tommy Slater (McCabe Slye), catalyzing his deadly rampage upon the camp. As he singles out and targets Shadysiders, the existence of the curse becomes even more clear. ‘Fear Street Part 2: 1978’ follows the massacre, specifically how Ziggy came to be its only Shadyside survivor. By the end of the film, we are brought back into the present, where another time jump is teased for the finale of the trilogy ‘Fear Street Part 3: 1966’.

‘Fear Street Part 2: 1978’ does what a middle trilogy film should do best – explain some of the unanswered questions of the first installment while teasing a bombastic finale in the upcoming third film. In the movie, through Ziggy’s story, the 1994 teenagers effectively figure out a way to defeat Sarah Frier once and for all. Now, they’ve got to walk the walk.

The biggest reaction many seem to have of ‘Fear Street Part 2: 1978’ is that it is a radically better film than the first Fear Street installment (which, of course, is still enjoyable). For one, the story is more focused – centered around the relationship between Ziggy and her sister Cindy – instead of opting to follow too many characters. In that same vein, there is only one main villain, the “Axe Man,” instead of multiple arbitrary ones.

In Part 1, the Axe Man does make an appearance, but so do several other supernatural villains, which feels overwhelming and confusing, especially as we’re still trying to get a hold of the Fear Street lore. It works far better staying focused on one villain; it allows us to get to know the character on a deeper level. And actually, since the Axe Man is a friend-turned-psychopath, simply possessed by the witch, you actually feel some sympathy for him. We are shown his past relationships with other Shadysiders, making his possession far more tragic.

Sadie Sink shines in her performance of Ziggy Berman too, effectively anchoring the film in an ensemble of lesser-known names. Perhaps it’s her ‘Stranger Things’ gravitas, or simply that she’s a strong actor, but she definitely delivered a unique and robust performance. As her first project in a leading role, it’s clear she’s going to go far.

Not only that, the other actors did a great job as well with their performances as well. As a viewer, I felt really invested in their characters and their futures. Each of them had an arc and transformation to go through, which paid off in the end, whether they lived or died. Either way, while watching, we wanted them to survive. For example, camp counselors Cindy and Alice (Ryan Simpkins) begin the film absolutely loathing each other, but by the end, they are bonded through trauma and the realization that they are more alike than they thought.

We even learn that this sisterhood isn’t newfound at all – but that they used to be close friends as kids. The evolution of Nick Goode (Ted Sutherland), who we know in the first film grows up to be the cynical police chief of Shadyside, is also explored in interesting ways. In ‘Fear Street Part 2: 1978’, we start to see him as a more fully fleshed character, and begin to understand the reasons behind his philosophies and perspective.

‘Fear Street Part 2: ‘1978’ is also just plain good fun. Taking place in the 70s – the golden age of slasher films – it feels nostalgic and exciting in a really fitting way. The form meets the function, so to stay. In addition, the whole setting of summer camp and being isolated in the woods is something that we can all relate to – an experience that we loved as kids, or maybe wanted as kids.

It’s fun and exhilarating – an environment where anything can happen, and the closest bonds are bad. The soundtrack, littered with 70s hits throughout the film, transitions us between thrilling moments and debaucherous scenes, giving even the goriest sequences some fun. Who wouldn’t love seeing some great action scenes accompanied by iconic songs like The Runaways’ “Cherry Bomb” or Blue Oyster Cult’s “Don’t Fear the Reaper”? Overall, the tone of the film is really enjoyable. This is definitely a film to watch with some friends, or at a summer outdoor screening, if you get the chance.

Overall, ‘Fear Street Part 2: 1978’ is a solid follow-up to the first Fear Street installment, elevating it and filling in the gaps the first one missed. The film is now streaming on Netflix, with the third instalment of the trilogy, ‘Fear Street Part 3: 1966’, slated to be released next Friday, July 16th.