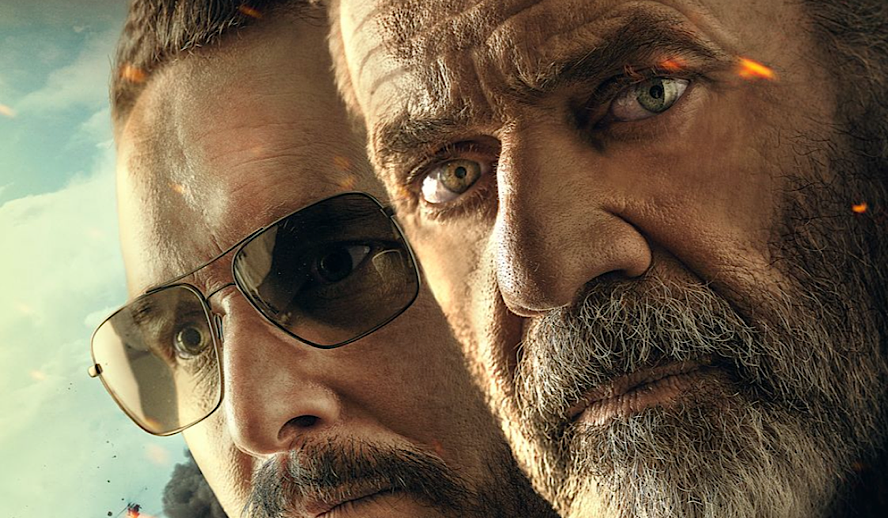 War drama is a tried and true genre. Some of the most highly rated, critically acclaimed films tell emotional, high-action, stories about war and the hardships that surround it. From ‘Schindler’s List’ to ‘Saving Private Ryan’ and ‘1917’,  there’s no shortage of tales surrounding threats to the human race and peaceful existence. The high-stakes environment makes for heavy emotional conflicts and suspenseful action sequences. ‘Panama’, however, marches to a different beat.

The events of ‘Panama’ follow a timeline that is true to the events of the United States’ invasion of Panama in 1989. The invasion, codenamed Operation Just Cause, was part of the Cold War and the War on Drugs. This is where the differences begin between ‘Panama’ and a classic war drama. The Cold War and the War on Drugs are a period of geopolitical tension and a global campaign, respectively. This means that they aren’t the conflicts that are typically depicted in war dramas, full of action and battlefield scenes. This takes the events of ‘Panama’ out of the trenches and into the characters’ day-to-day lives, that is until the civil war starts.

The characters in ‘Panama’ are not the soldiers you’d expect to see in a film about invasion and states of war. The protagonist, James Becker (Cole Hauser), is an ex-marine who left his days of way behind following his involvement in Vietnam. His former commander, Stark (Mel Gibson), sends Becker to oversee an arms deal. Becker picks himself up from his typical day-to-day spent drinking at his wife’s grave and prepares for action. After involving himself with the biggest names in the Panamanian Civil War Becker is forced to navigate his way through conflicts he never meant to get wrapped up in.

Bringing the 80s Back

The film is set in the 1980s and also appears like it was taken from an 80s theater. 80s thrillers are iconic and have a very specific style to them. The explosions are massive, the men are macho and the women are primarily eye candy. That last point is especially prominent in ‘Panama’, as soon as Becker got to Panama he was met with a slew of beautiful, scantily clad, women for his viewing pleasure. Although these women are sometimes referred to as though they are meant to be significant to the plot, it never landed for me. They were brushed off too frequently to hold the significance they deserved.

The 80s influences were prominent in the sheer volume of troupes scattered throughout the plot. The premise sounds incredibly interesting, an ex-marine learning the true significance of political conflict through experiencing war as a civilian, not a soldier.  However, that’s not exactly how it’s played. It’s a tale as old as time, a white, American, man leaves the US and involves himself with another country’s conflicts. Things escalate, he leaves. There are few consequences for the hero. The amount of action-thriller 80s B-movies produced suggests that these troupes may not be a bad thing, and ‘Panama’ is the film to check out if you’re looking for a throwback.

Throughout the film, I continuously commented that it felt like I was watching somebody play a video game. The content was similar to what I would expect in an action-adventure game. Things moved slowly and predictably as if a player was piecing together the next step as the film progressed. Some of the dialogue sounded like the canned, basic phrases you might hear from background characters in a game. This was further seen in Mel Gibson’s frequent voiceover narration. The film was regularly broken up by Gibson’s Stark giving updates and insight on the events unfolding.

Further supporting my interpretation is the on-screen graphics. New characters or locations were met with a lower third graphic introduction. It was an interesting approach for a film, it broke immersion and always pulled my attention away from what was actually happening on screen. Strangely, though, I didn’t mind it. It felt self-aware in a way, as the film felt like an old B-movie, which was not meant to be the greatest blockbuster hit. It was fun and somewhat endearing. The unique graphics didn’t stop there, periodically a fact would appear on the bottom of the screen to provide context or background information; It was reminiscent of the special editions of Disney Channel Original Movies with added behind-the-scenes information. Last, there was at least one occasion of the screen splitting into quadrants, each of which was playing the same footage. Definitely strange, but it at least gave the film a unique voice.

More is not always better and I feel that this film could have benefitted from having fewer characters than it did. There were constantly people being introduced to the point where I was struggling to keep everyone straight. The characters, locations, and conflicts were frequently shifting and it got a bit chaotic. This could make sense, with all the conflict rising around Becker, but if it was a nod to the rising tensions it was not executed well enough.

Despite some struggles with the screenplay, each actor gave it their all. Even if the characters are hard to sift through, the entire cast put in the same high effort and energy to their roles. It was refreshing to see the passion in otherwise bleak moments. Gibson was only in the film for a few scenes, excluding voiceovers, but his presence was always a highlight. Mel Gibson and other highly seasoned actors have a way of nailing characters so effortlessly, regardless of their role.

‘Panama’ cannot be simply described. It’s a war drama without the war, an action thriller but with geopolitical tensions as the driving force. It balances being highly political and hardly digging into the politics of the Panamanian Civil War at all. If you’re looking for a unique, new take on a 1980s concept, ‘Panama’ is the film for you.