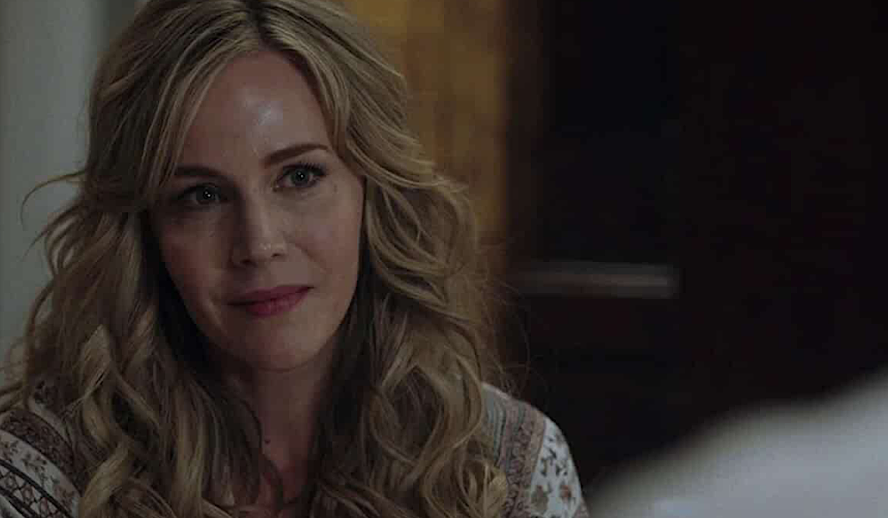 “When you go see that concert, the big solo, the concerto, that’s not just music you’re watching. It’s sacrifice.” This is the thesis of Zu Quirke’s horror suspense film Nocturne, focused on Juliet Lowe’s unexpected and rapid rise to success within her competitive, musically elite boarding school. The pursuit of perfection is no stranger in the world of filmmaking, seeing the success of gritty film buff favorites like Black Swan or Whiplash, but Nocturne is a polished surface meant to reflect your deepest desires.

The film begins with a note of sympathy as you are introduced to the Lowe twins, Vivian and Juliet, Juliet a mere shadow of her sister’s renowned talent that seems to eclipse the sisters’ life. They both attend Lindberg Academy with a focus on classical piano playing and this shadow becomes a hole for Juliet to spiral downwards- until she finds the notebook of a recently deceased classmate. Strange drawings and compositions of The Devil’s Trill, a piece accompanied by a dark past, decorate the pages, and Juliet finds herself suddenly something great. Attracted by an ominous light that appears in moments of need, the pianist flies above her sister and lands the coveted solo concerto at the final showcase- at a cost.

The Reality of Art

Nocturne takes no punches, but instead delivers them; It is a constant reminder that especially within the professional arts, blood is a price that demands to be paid. The screenplay, written by also director Zu Quirke, is a no-holds-barred scream into the empty void of jobs and opportunities the art world has for its residents. Throughout the film, Juliet is told that she will never be enough to perform alongside the greats by teachers, her parents, and even her sister. She accepts this harsh reality with an unassuming smile, slowly losing hope until things begin to bloom for her. This film is a testament to what could be of most extraordinary artists, the ones that live in a time where no one believes in them, and urges us to push past the expectation and achieve greatness.

The sour note is not the gore, not the wicked notebook Juliet is bound to, but the sacrifices Juliet makes along the way. “It’s sacrifice,” her piano teacher, Dr. Cask, says plaintively. There can be no immortal art without some level of sacrifice the artist is willing to make, and Nocturne is a vengeful reminder of this. While finding a composition book that urges you to commit sin might not be the reality, every artist gives something up along the way- Three hours of rehearsal when you’re nine years old. Giving up everything to follow a dream. Sacrifice.

The Cast Will Haunt You

Sydney Sweeney of Euphoria fame takes on the challenging role of Juliet Lowe, the aspiring pianist, and executes her with virtuoso and bravado. Sweeney switches from the shy, uncomplicated teen to a woman driven past her potential with ease, moments found in the way she stares down her twin sister with irreparable damage and submits to the demonic spirits that guide her. Supported by Madison Iseman (Jumanji: Welcome To The Jungle) playing her twin sister, Vivian Lowe, who makes the opposite delve into madness as she watches her sister take everything she has worked so hard for. Iseman delivers a hint of humanity as Juliet loses hers- “What did I do to make you hate me, Jules?” Vivian questions, the resentment, and pain clear in her voice. Both Sweeney and Iseman work in tandem to create a harrowing, realistic relationship of siblings that stand in each other’s way- one stuck in the shadows, the other holding themself back- and Vivan and Juliet’s switch, playing both parts, is chillingly evident.

Ivan Shaw plays the mysterious Dr. Cask, both Juliet and Vivian’s professor, and eventually becomes Juliet’s only motivator, pushing her towards the greatness she is able to obtain with a simple phrase: “I am something.” His performance intensifies with every word, masterfully portraying the withholding love only a teacher can give. Dr. Cask is dark, mature, and a shockingly powerful standout within this cast.

Nocturne Holds Up A Familiar Mirror

This film does not attempt to answer the question of how far someone will go for greatness, but instead what happens when someone has greatness thrust upon them? Juliet does not know what will happen when she enters into the murderous pact with the composition notebook, she agrees to no terms, but cannot turn away from the success it has provided. This film holds a mirror to the audience and reminds us that we are not innocent in the game it is playing, we would also go to great lengths to reach our true potential, and this serves as a humanizing effect on Juliet. We are able to cheer for a main character who slowly becomes irredeemable. Nocturne differs in a dramatic light from the films we have already seen in this niche genre in a way that is both unexpected and anxiety-inducing, creating a film that is worthy of its competitors- an irony that is not lost. The films that focus on the beating-heart nature of performance art stand alongside one another, all equal soldiers in their fight.

Nocturne is a glimpse into ourselves with a dark, fantastical twist, complete with superb writing, a sleek directing style, and a cast to boot. It is a slippery slope that anyone could see themselves losing their footing on, a real-world fear wrapped in a dark sonata. Sydney Sweeney fights her demons with a conditioned poise that is wholly enchanting, and she breathes a horrifyingly realistic life into a character that otherwise could seem too removed to be true. As 2020 continues to provide unique challenges to the filmmaking industry, movies like Nocturne are heartwarming reminders that we will never be in a true creative drought. Nocturne will leave the audience captivated until the final shot, which is promised to stay with you for a long, long time.