Going Down to ‘South Park’ for the 25th Time: Still Entertaining? 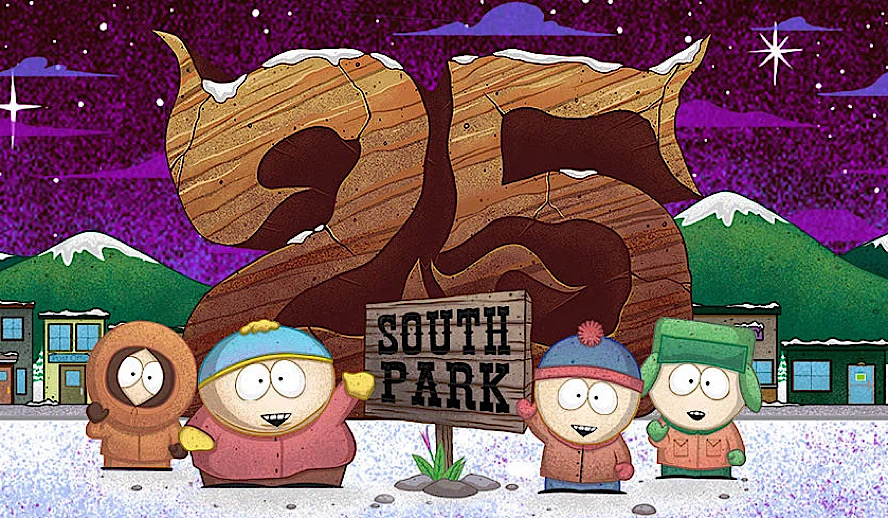 I love Trey Parker and Matt Stone’s ‘South Park’. I have their characters as my desktop background. I own Cartman and Kenny belt buckles. I play their Christmas album on repeat in December. ‘The South Park Movie’ is listed as one of my top five favorite films on Letterboxd. I love ‘South Park’. So, that is why it pains me to say, that I believe my beloved show is losing some of its brilliant irreverence in its latest season. But only some.

From Episodic to Cereal – I Mean, Serial

For 18 seasons, ‘South Park’ was primarily episodic. Most of the time, what happened in the past wasn’t relevant to the next episode.

But as of season 19, upon the introduction of PC Principal, the actions of South Parkers started to matter episode to episode: Mr. Garrison’s Trump-inspired presidency, Randy’s weed farming, Manbearpig, and Tweek and Craig’s peer-pressured relationship, all had story arcs that still impact episodes today. Season 20 was probably the best example of their serialization, as it was more like a 10 part movie than a TV show, telling a well-interwoven tale of America during Trump’s presidency.

After 25 years, it makes sense that Parker and Stone would want to switch things up and reinvent their irreverent relevancy. They’ve not only played with form, but with opening credits, giving the PC Babies, Tegridy Farms, and CrediGree Weed (Tolkien Black’s family weed farm that gives Randy a run for his money) their own theme songs and episodes.

I have to say, I’m loving this choice to marry all of the episodes. It’s a new challenge that lends itself well to telling stories about today’s political and social climates: Issues like Black representation, Trump’s presidency, gentrification, and PC culture demand more time. In the past, ‘South Park’ has managed to address absurd aspects of our society in one episode, but now instead of only giving themselves 22 minutes, the dynamic duo now has the opportunity to highlight today’s matters in multiple installments.

Parker and Stone have already proven themselves in their multiple movies, Vaccination and COVID Specials, and Tony-award-winning musical ‘The Book of Mormon’ as excellent long-form storytellers.

‘South Park’ is A Metaverse

Another example of their long-form storytelling is evident in Stone and Parker’s ability to be regularly self-referential in ‘South Park’. On a regular basis, the show returns to jokes made years ago (like Douche and Turd, Garrison’s sex changes, Casa Bonita, Mr. Hat), which, for me personally, shows the audience that Parker and Stone pay close attention to details that fans themselves may have forgotten.

The show also calls attention to Parker and Stone themselves. During their “Pandemic” and “Vaccination Special” episodes, Randy’s weed strains share the same name as the episodes. When defending his newest pot endeavors, he yells “Everyone needed this special! Everyone’s going to love it.” This meta-level humor comments on Parker and Stone’s choice to make jokes and be entertainers during a time of international crisis, similar to that of Bo Burnham.

The jokes are endless, and self-critiquing is an admirable skill set. I love being a part of a television show that has inside joke after inside joke and regularly comments on itself. But, I must say, in season 25, I’m not feeling as hype about the humor as I used to be.

‘South Park’ is a master of commenting on modern issues with comedy. My problem with this season, however, is that the jokes feel a bit lackluster. Some of them are fun, but the commentary is beginning to feel all the same, and a little predictable: We’re still getting the “specials” jokes. We’re still seeing the PC Principal learn some of the same lessons. And, like always, we’re seeing Butters getting in trouble for innocent things. It’s becoming a bit tiresome.

We are getting some gems though, like learning Tolkien Black’s name is not spelled “Token” (as it was for 25 years), Cartman and his mother going head to head and subsequently moving into a hot dog, and Randy declaring St. Patrick’s Day as the last holiday for White people.

A lot of the jokes, like Tolkien’s name and Cartman and his mom, are self-referential, and so far those jokes are the best. The humor centered around real-world commentary, however, is feeling a bit phoned in. There are so many places Parker and Stone could have gone with the Ukraine crisis, but they only took it a couple of steps outside the front door. When the news was talking about ICE detaining children and separating immigrant families, the ‘South Park’ creators took that story as far as they could.

Maybe it’s because the season isn’t out in its entirety, but I also feel like these episodes don’t have the same overarching storyline as the past six seasons did. It feels like the show is just going through the motions with little experimentation The way they’re commenting on today’s issues doesn’t pack the same punch as “Member Berries”, “Mexican Joker”, or “The Problem with a Poo”. The approaches feel, dare I say it… safe!

But You Should Always Go on Down to ‘South Park’!

‘South Park’ is a show that makes fun of everyone, including themselves, and criticizes the absurdity of American culture with irreverent, taboo, and crass stories, while also interweaving jokes that are unique to the characters in the show and not our world. I think its irreverence, its perversion, and its controversial nature will always be necessary. This is why the lack of punch behind the newest episodes is so upsetting to me: The world needs shows like ‘South Park’ to keep pushing boundaries and buttons, keep everyone in check, and call the world out on its bs.

But despite my disappointment with the latest episodes, there’s a very good chance that on my third, fourth, fifth watches of them that I will think they are brilliant. Maybe by the end of the season, it will all come together and I’ll be roaring season 25’s praises. Until then, I’ll be tuning in every Wednesday at 7 PM CST / 8 PM EST on Comedy Central to see what the boys, the townies, and Tegridy are all up to.