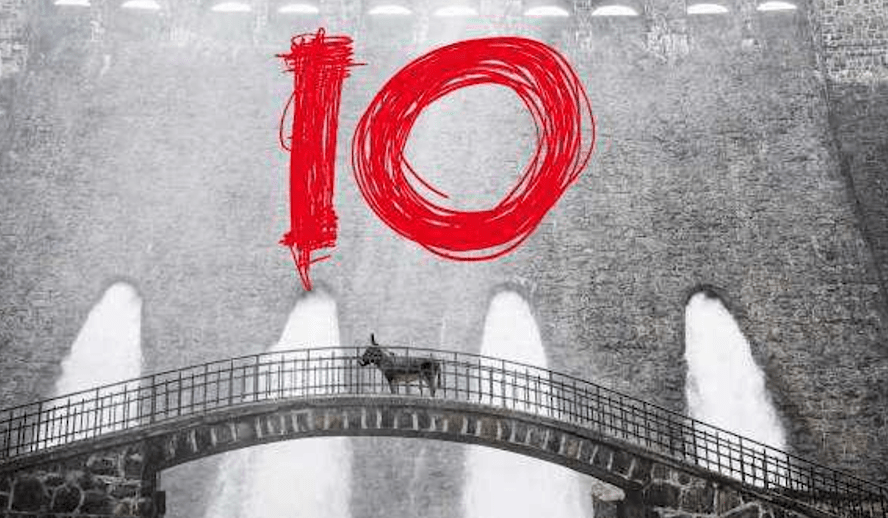 Director of ‘The Shout’, Jerzy Skolimowski, creates an ode to Robert Bresson’s ‘Au Hasard Balthazar’. The world proves to be an unforgettable place for EO, a gray donkey with melancholic eyes as he meets people good and evil as he goes through his journey of life.

Never does EO lose his innocence as he traverses through a world that often can be perverse and harmful. EO navigates the world, being what it is, connoted as the ass to the world, he acts as a bounce board to life as all he wants is to find connection and love.

EO doesn’t need to talk like a character from a Disney film to get the dismay and sorrow he feels across. Often led on by the situations he is in, EO is the ultimate passive character. Merely just an observer to life. This could often seem boring, how is a story supposed to progress if the character is so passive they don’t do anything other than watch and work.

To do this, ‘EO’ becomes an episodic narrative where time is omitted and often irrelevant to the story. From one major life event to another we are almost always catching the tail end of an episode.

Two plot devices help to create a fuller portrait through EO. In each slice, EO is presented with new challenges. Oftentimes just winding up somewhere, it is the characters around EO that make the action happen. Esteemed Isabelle Huppert makes an appearance where her subtext creates a greater picture of control and power that people want to possess over things. EO’s blissful nature is only bound to get caught up in other people’s vices and misdemeanors.

Jerzy Skolimowski has always made films to please no one other than himself. A brilliant writer and director whose tone always feels in balance with the project he is working on. Skolimowski uses a variety of techniques to create Cinema.

A motif that pervades as a plot device throughout the film is a red filter. Well-worked cinematography by Michal Dymak, puts us in a liminal space. When EO goes into a confused and anxious state where we can see the in-between moments of EO’s life. Often warped, the camera feels like it is on a fisheye lens as distorted scenery and images can appear. Is this the gaze of EO? It also feels like Skolimowski’s insertion of his own philosophies. As an auteur, he is attempting to show you a transcendental philosophy. In this, a cut does not often feel motivated to need to have an intention in the story. Editor Agnieszka Glinska, is decisive in the cut allowing for it to be more natural.

Another technique that some people may not like if they get dizzy is the use of drone shots. The fast and fluid motion of a camera sweeping down a river has the audience feeling as though they are on a simulated ride of ‘Top Gun’. Again the technique is used for a windmill as the camera circles around with the spinning blades. The anxiety and uneasiness it creates actually boils over into the parts of the world EO is in.

Long shots where cuts don’t distract from what we see forces us to watch things that can be uncomfortable. We often don’t think of what animal is thinking when they see things but they are perceiving and trying to come up with explanations as much as humans are.

The Lens of EO

To some, this could feel wrong as EO is an observer in this story. Scripts are supposed to be active, the characters are supposed to be reacting, they are not meant to be passive in their situations. That isn’t to say EO is not active, he clearly makes decisions of pure emotion that are intensely felt, but it is to create a larger landscape that Skolimowski can show about society and culture.

The perspective of this film is through a donkey. Many times we are getting his worldview, an often unrecognized one at that. Shots on EOs eyes feel like he could win the academy award himself and it isn’t just anthropomorphism. Following EO through turbulent moments in his life the only way we can understand his expressions is through the noises he makes and his hollowing eyes.

Oftentimes the camera will take the direct point of view of EO. This forces the audience to become the observer of whatever sight is in front of us. This allows for the attention to be off of EO for a moment. Audiences no longer become subject to the feelings EO has but instead are able to form their own visceral thoughts as to what is in front of them.

This could be Poland’s ticket to the Academy Award this year. Poland has generally always had a thriving film industry. During World War II the communist government had built an auteur industry where the filmmaker was able to have a heavy hand in the process of making it. Directors such as  Roman Polański, Krzysztof Kieślowski, Agnieszka Holland, Andrzej Wajda, and Jerry Skolimowski came out.

Polish films and Eastern European films in general are much slower in pace than a traditional Hollywood film. There is often no rush to get to any point, they more or less will let the point come to you. An aspect that is thought to be lost on the Polish is a sense of humor but that isn’t the case at all; it is just a difference in humor. A dry humor permeates through creating depth of darker comedies that have more relevance to the tumult life throws at you.