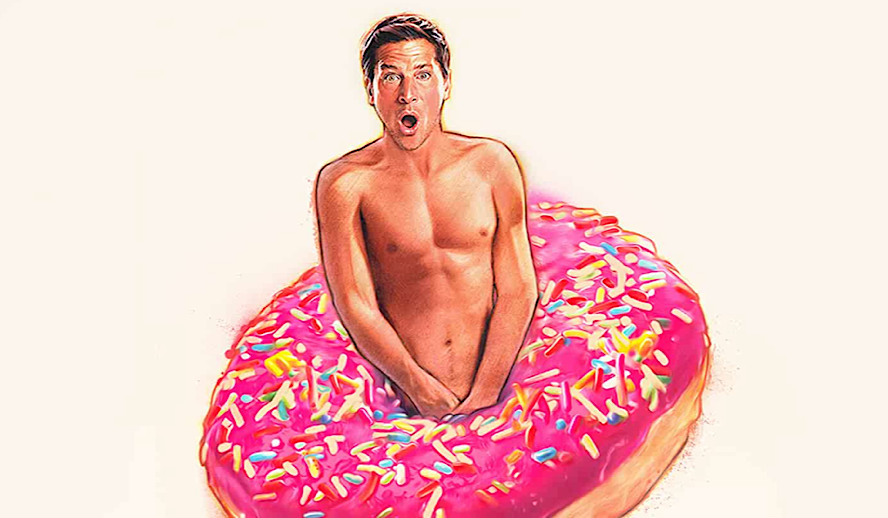 Generally, the protagonist in a film is someone who the audience can root for: they are the heroes, the underdog, or maybe even the villain with a good backstory. However, rules are made to be broken, and ingenious writer and director Sean Baker does just that. His characters are messy, complicated, and often make bad choices. They aren’t always good people, but they are real.

What makes his work so memorable is the truly honest, and often uncomfortable, depiction of society. Nobody is all good or all bad, and even bad people can have good intentions. Baker also takes a critical eye to poverty; understanding that the means of survival can occasionally sacrifice morality. This was the case in his critically acclaimed indie film ‘The Florida Project’ about a mother who, although she loves her child, isn’t necessarily a good parent and struggles to make ends meet. ‘Tangerine’ was a film he shot on an iPhone 4 about a transgender prostitute tracking down her cheating boyfriend/pimp, in order to wreak havoc on his life.

Baker never has his characters be perfect, and that’s what makes his films so hard to look away from. His latest project, ‘Red Rocket’ is no different.

He struggles to find employment in his hometown because of the large gap on his resume. Eventually, he reconnects with the local drug dealer, a friend of his from high school, and becomes a small-time dealer. To celebrate making his rent, he goes to get himself a treat at the doughnut shop, where he meets Strawberry, the counter clerk.

Does this make you uncomfortable? Because it should leave a bad taste in your mouth. However, the beauty of the film is the complications with those feelings. You almost want to like him, if not understand him. “‘Red Rocket’ is far more sour than sweet, but that’s part of the point; Mikey is a reprehensible fellow, but he’s clawed his way through life by sheer force of will, and as such, the camera simply can’t look away,” wrote The Atlantic.

Mikey’s a hustler, a motor-mouthed con-artist, and as in most anti-hero films, Rex had to find the redeemable qualities wherever the few may lie. Rex said to Nylon, “I just made him boyish and charming and likable as much as I could – and maybe he doesn’t know what he’s doing. Maybe he doesn’t have bad intentions, maybe he’s just surviving and not thinking about how he’s hurting other people. So if he doesn’t have bad intentions, then you can kind of stay on board with him and he gets away with a little more. That little window is enough for the audience to stay on board and see what happens to him.”

Mikey is not a good person. And from an objective standpoint, it’s easy to dislike him, he’s preying on a girl’s naivety. He’s a hustler though, and the film is aware of his circumstances in a way that can feel kind of wrong. This is both a strength of the film, the ambiguity between survival and morals, as well as a weakness.

According to reviewer Matt Zoller Seitz for Roger Ebert, “If the filmmakers aren’t exactly endorsing their protagonist’s middle-aged, borderline pedo-pimp obsession with Strawberry, they’re not being as rigorous about mediating it as they should. It’s also not clear from the writing of Strawberry if we’re supposed to read her as a sexually precocious and manipulative waif-fatale—i.e. a Mikey in the making—or if she just pretends to be one because it excites Mikey and makes her feel bold and worldly.”

Rex was inspired by other antiheroes while preparing for the role. One example was Bill Murray in ‘Scrooged’, “He’s the worst guy ever and you can’t take your eyes off of him. Larry David: comedic, non-likable person that just keeps saying the wrong thing and it’s so interesting to watch,” Rex told Nylon. The result is a portrayal that’s disarmingly charming while creepy and conniving just beneath the surface. The former MTV VJ, actor, and rapper was the perfect cast, which was not unintentional. Baker actually had Rex in mind years before reaching out to him.

During the lockdown, Baker sent him some pages and within the hour Rex had recorded his audition on his phone. Rex told Nylon, “I was just at a point where everyone was collectively in this weird place. This was July 2020; everyone was wondering what the f*ck is going on. Everything was locked down. There were riots and there was no work. It was just a very stressful time. At that point, the phone already wasn’t ringing as much as it used to for work. When Sean Baker calls and wants you to audition on your cell phone and send it to him, you do it because it’s Sean Baker and you do it because he’s such a brilliant director.”

On December 10th the A24 film had its limited theatrical release after its premiere at the Cannes Festival, for which it was competing for the Palme d’Or. The screenplay was written by Baker and Chris Bergoch, who have previously collaborated together. “The filmmaking team of director Sean Baker and his regular co-writer Chris Bergoch have built an impressive library of realistic movies about the rainbow coalition of the American underclass,” writes Roger Ebert.

Like many art-house pictures, most of the cast are first-time actors. This creates a deeper sensation of authenticity on screen as many of the roles are made up of real locals of Texas City. Baker even approached Son outside of a movie theater in Los Angeles, where she had recently arrived to pursue acting, according to The New Yorker. In that moment of serendipity, the perfect Strawberry was found.

The authenticity of locals acting as locals with the backdrop of a real-world location contextualizes Mikey’s shenanigans. “The wide-and-narrow frame creates a mock-epic feeling. Featureless highways and flat grasslands and flame-belching oil refineries are unveiled if something heroic might happen there, which makes the spectacle of Mikey screwing up and doubling down funnier,” explained Roger Ebert.

Cinematographer Drew Daniels shot the entire film on a 16mm film camera creating a grainy nostalgic feeling to the entire project. The 130-minute film takes place in 2016 during the election, and the comparison is meant to be drawn between the fictitious ex-porn star and the former President of the United States Donald Trump. Variety noted the similarities between the two, writing, “Does this character sound familiar? A white guy who lies constantly; who claims to be a lot richer than he is; who gaslights women; who brags about blowjobs; who causes disasters and blames them on his friends; who pines for power but lives in a state of grievance and outright fantasy. Yep.”

The Theme Of Poverty And American Decline

Much of the beauty in Baker’s films is the honest depictions of humans, especially those living below the poverty line. His work often shows the divide between cities and the divide between the wealthy and the poor. There is an understanding that many of these people are doing what they can to survive, and sometimes it ain’t all that pretty.

Within poverty, Baker also has an immense focus on destigmatizing sex workers. In an interview with Variety, Baker shared what inspired him as he was creating the film, “I was watching a lot of early ’70s Italian genre films, sex comedies, and erotic dramas. Their approach to large age gap relationships, Lolita-type things, I found to be quite bold and tonally all over the place. They’re not treating them just as morality tales. They’re trying to turn the audience on and turn the audience off at different points. It’s not just a big bad wolf, little lamb story. It’s not so black and white.”

Baker’s characters, and films in general, give space to lives that often go  unacknowledged in the cinematic universe. These people are real, even if Mikey and Strawberry aren’t. There is moral ambiguity in every corner of the earth, money aside. But there is a difference between the million-dollar estates in Texas and those on the brink of homelessness, and in that gray area, it becomes easier to empathize with a man seeking pleasure wherever he can find it. This messiness, which is rarely depicted on the big screen, is what makes the contrast between the two so visually appealing, and it’s ultimately what makes the film a unique perspective.