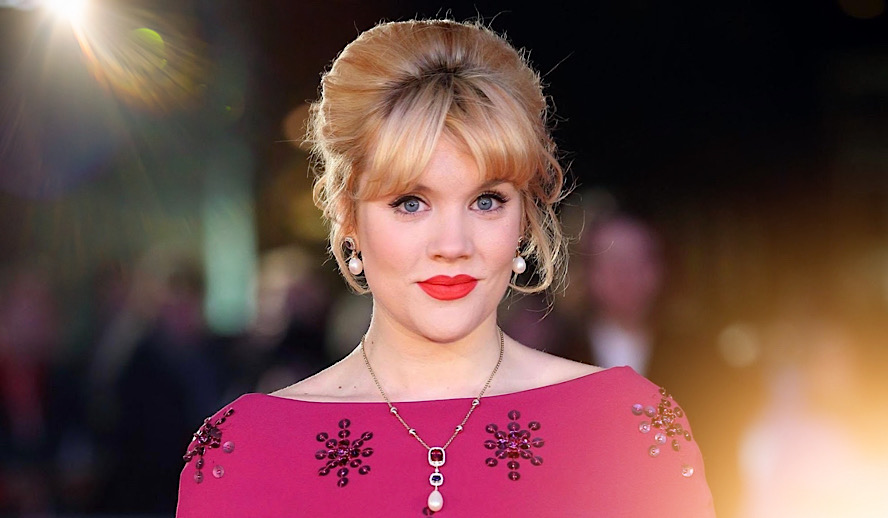 She has acted in many tv shows and several notable movies. She has done significant work behind the scenes on one of the biggest shows in recent years and is the creative mind behind one of this year’s Best Picture nominees. While you may not recognize her now, Emerald Fennell’s name is one that everyone will come to know soon enough.

When it comes to her acting career, Emerald Fennell has been in many recognizable projects you may not have realized she was a part of. On the film side, she was Princess Merkalova in 2012’s ‘Anna Karenina’, Elsa in 2015’s ‘The Danish Girl’, and a small role as a Commander in 2015’s ‘Pan’. On the television side, she has mostly had small guest appearances and short arcs but has had two notable roles in her television filmography: she was on ‘Call the Midwife’ from 2013 until 2017 as Nurse Patsy Mount and most recently portrayed Camilla Parker Bowles in seasons three and four of ‘The Crown’.

When asked about her role as the current Duchess of Cornwall Fennell told Vogue, “From what I have heard, she is an incredibly funny, warm, nice person, and I’m interested in anyone whose story that’s been told by the world, and by the media, is maybe at odds with who they really are. It seemed like a situation that was dreadful for everyone involved, and I think that she probably got a lot of the heat.

I wanted to be completely fair and imagine myself in her shoes, which is that of a young woman living an incredibly fun, high life in the ’70s, swinging London, who falls in love with someone who has a life that would make your life very, very difficult. I think there’s an assumption that everyone wants to be a princess, everyone wants to be a queen. I didn’t think she did. I think it’s borne out in series three that she is the one person who comes in and says, “This is mad!”

Her Writing And Directing

While she has had a bevy of onscreen roles, Fennell is probably best known for her behind-the-scenes work. Fennell was the showrunner, executive producer, and the main writer for the second season of ‘Killing Eve’, taking over for Phoebe Waller-Bridge, and continuing the show’s critical success (and winning Jodie Comer an Emmy for her portrayal of Villanelle for the season Fennell helmed).

When talking about her creative process in coming up with season two of ‘Killing Eve’ after taking over for Waller-Bridge, Fennell said, “Phoebe has made something so completely unique that the tone and voice is very particular, so this year we had to balance staying completely true to what Phoebe built and having it feel like its own thing. It helps enormously that I have a dark sense of humor myself. It’s different from Phoebe’s, of course, but all of the things I’ve worked on until now have been darkly horrible and darkly funny. When it comes down to it, if you love and are invested in the characters, it’s a matter of saying, O.K., where do I want to see these characters go? And so for me, that is slightly more horror, which I think you get certainly in Episode 2 and it comes out a lot in Episode 8.”

Fennell’s biggest project to date has to be the one that currently has her in contention for three Oscars: ‘Promising Young Woman’. She is nominated for Best Original Screenplay, Best Director (in a historic year where for the first time two women are nominated for this award at the same time), and for producing the films she has a Best Picture nomination.

Fennell took on directing the film after realizing that she had an extremely specific vision she wanted to be executed on screen, saying, “Because I really was keen to explain to everyone: How this reads isn’t how it needs to feel. It needs to be kind of come hither. It needs to be sumptuous and beautiful and appealing. It needs to hide in plain sight and surprise you. It needs to feel like you’re on the best date of your life, your heart’s fluttering, you think this is going to be it. And you go home to someone’s apartment, and it’s beautiful, and it’s amazing. And suddenly you find out that the door’s locked behind you, and you just can’t get out. I wanted to make the movie feel like I think a lot of our lives feel, which is that they are beautiful and they are horrific.”

With her current breakout success, there is no question that she is an in-demand person to work with. In January of 2020 renowned playwright and composer Andrew Lloyd Webber announced that he is working with Fennell to write a new musical stage show of ‘Cinderella’, with him saying “I have long wanted to write my own version of ‘Cinderella’ but could never find a take on the classic story that really grabbed me. Emerald Fennell has written something truly exciting and original, and the moment I read her outline I knew I’d found my latest collaborator.”

In March of 2021, it was announced that Emerald Fennell would also be penning the screenplay for DC Comics’ new film ‘Zatanna’, following the titular vigilante and being only the second female superhero in the DC Comics franchise to headline their own movie after ‘Wonder Woman’. When this project will be released is unknown as of now but it is one to be anticipated for sure.

Fennell has also said she would like to return to acting at some point, saying, “I love acting.” For the time being, however, she plans to put her focus into writing and directing. Her reasoning for that she says is “I just love making things like Promising Young Woman with the amazing people I’ve been able to work with, so you know I think for the foreseeable it will be behind the camera just for time reasons…”