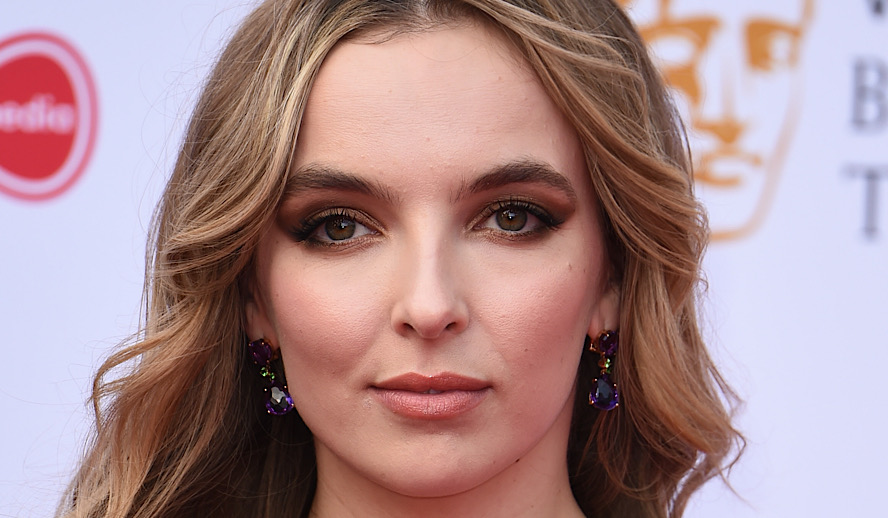 The other day I was talking with a friend when I referenced Jodie Comer and to my astonishment she responded “Who’s that?” I was stunned, I had wrongly assumed that everyone loved her as much as I do. The realization was shocking and I knew had to do something about it. Because here’s the thing: Jodie Comer is a big-freakin’-deal. Like seriously. While her breakout role as Villanelle in ‘Killing Eve’ garnered her several awards and recognition, what’s coming up will only make her bigger. She was supposed to have two films come out in 2020 but both got delayed because of Covid. But their new release dates are nearing and the high anticipation for these blockbuster films mixed with Comer’s incredible talent, she is sure to be a supernova.

Who is Jodie Comer?

Jodie Comer is an actress from Liverpool, England. Many of her fans are in fact surprised by this though, as she does a very convincing Russian accent for her character Villanelle. This feeling can be related to hearing Adele speak and hearing her amazing cockney accent or Christian Bale turning into Oliver Twist after being the Batman. In the show, Villanelle is a spy frequently undercover in varying countries. In the show, Comer speaks Russian, German, Italian, French, Spanish, and Mandarin not including the many more accents she does with crazy accuracy. According to Metro.co.uk, her skills were honed during childhood. ‘It comes from growing up. Me and my dad if there was an advert with a silly voice on we’d always impersonate it around the house just joking around.” She later said that when she does her own accent she finds it harder to separate herself from the character.

She does a good job at them apparently because she’s won several awards for her portrayal of the character. She was nominated back-to-back years at the Emmys in, winning in 2019 for Outstanding Lead Actress in a Drama Series. Her work also earned her four BAFTA nominations, two Golden Globes nominations, and several other awards. Before and after her breakout role she has acted in several other projects including ‘The White Princess’ on Starz and BBC Three miniseries ‘Thirteen’. However, her stardom is just at the beginning and this is sure to be a huge year for her.

What Makes Villanelle So Iconic?

If you’ve never seen BBC’s ‘Killing Eve’, you’re probably thinking “What did Comer do to get all these prestigious nominations? She must’ve been really amazing in that show!” And you’re right! That was a crazy good guess, nice job.

Villanelle is a Russian assassin who develops a mutual obsession with the M16 agent, Eve Polastri played by Sandra Oh, who is chasing her. Much of the appeal of the show is the cat-and-mouse chase that happens across the world, one a killer and the other obsessed with stopping her. Except it changes the usual expectations of a spy-thriller, for one thing it’s two women and a queer lovestory at the forefront. They are both intelligent, capable, charismatic in their own right. A testament to the creator Phoebe Waller-Bridge, as well as Emerald Fennell, Laura Neal, Suzanne Heathcote, and Luke Jennings.

The characters are nuanced, but it’s Comer’s performance that you can’t look away from. Ed Power wrote in Writing in The Telegraph, “Comer, who should have won a Golden Globe and every other award for which she was eligible, remained hypnotic as a chilling killing machine draped in couture ruffles of brutalised glamour.” Villanelle is both a murderous, skillful assassin and a hilarious, prank pulling weirdo who has impeccable fashion sense. Her love for the luxurious is fueled by her job, and she takes pride in what she does. She is constantly talking to her victims, a sign of how lonely she finds her job, or finding the most creative way to kill them, so much so that Eve recognizes her signature.

For one job, she goes to perfume mogel Carla de Mann’s event and follows her into the bathroom in disguise as a budding perfumist. She convinces Carla to smell her perfume, which causes Carla to have an asthma attack and die. “Comer brings a sense of unpredictability to Villanelle, keeping viewers on edge as to what she’ll do next.” In contrast with Eve, who secretly longs for excitement in her life and tired of her desk job at M15. The chemistry between the two is palpable and they both are captivating. In Hollywood Insider article,  “…in Killing Eve the homoerotic subtext between its two lead characters is in the foreground. It’s the narrative center. Eve and Villanelle’s obsession with each other is the real driving engine of the plot; everything else is secondary.” Both characters have the very distinct dark humor of Phoebe Waller- Bridge, who found similar success in female driven fiction in her show ‘Fleabag’. The strong female vision and influence in the show keeps it from ever becoming a male fantasy or fetishization of queer women.

What’s most exciting is what lies ahead for Comer as her fame grows. In this upcoming season, she stars in two films. The first one is action-packed ‘Free Guy’ and soon after is the historical drama ‘The Last Duel’.

‘Free Guy’ had it’s theatrical release on August 13th, and was met with the best attendance of a film since the Pandemic began. The film features Ryan Reynolds as a (NPC) Non Player Character in a successful video game called “Free City” Reynolds character, Guy, is a likeable man living unaware that he is in a video game. He sees Molotov Girl, Comer’s character, walk down the street. Molotov Girl is also one of the game’s creators, Milly, who accidentally inserts a programmer into the world that gives Guy the awareness that the rest of his world doesn’t have. The film has been successful after coming out on August 13th, earning more than $28 million at the domestic box office in their opening weekend. It earned positives reviews on Rotten Tomatoes for “Combining a clever concept, sweet, self-aware humor, and a charming cast, Free Guy is frivolous fun.”

Her second film, The Last Duel, is set to be released in October and features Comer as Marguerite de Carrouges the wife of Jean de Carrouges (played by Matt Damon). Jean’s squire Jacques Le Gris (Adam Driver) attacks Marguerite and she courageously stands up for herself. Jean and Jacques once friends become enemies and go to court. The King allows the last legally sanctioned trial-by-combat in France. The film reunites Matt Damon with Ben Affleck, who plays the smaller role of Peter II of Alençon. The duo also wrote the film, reuniting them for their first joint screenplay since ‘Good Will Hunting’. It is also directed by Ridley Scott, who’s other new film ‘House of Gucci’ will also include Driver. Rotten Tomatoes says, “The Last Duel is a cinematic and thought-provoking drama set in the midst of the Hundred Years War that explores the ubiquitous power of men, the frailty of justice and the strength and courage of one woman willing to stand alone in the service of truth.”

While you’re waiting for your ticket to ‘Free Guy’ or the release of ‘The Last Duel’, check out Jodie Comer’s previous work to keep yourself entertained, or at the very least just tally the amount of accents she can do.