‘Fantastic Beasts: The Secrets of Dumbledore’: A Trip Back into the Wizarding World 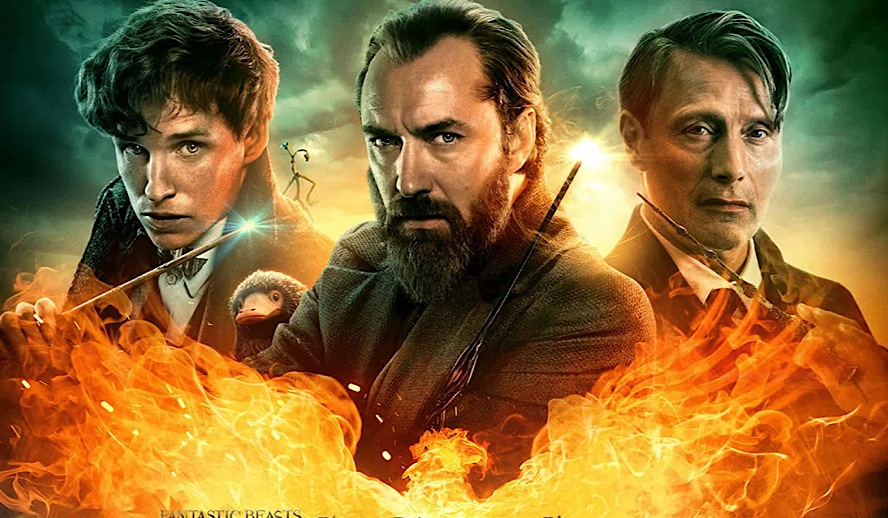 The ‘Harry Potter’ series is long and sprawling. Seven books, eight movies, a Broadway play, video games and so much more create an entire Wizarding World. The newest addition has been the prequel series ‘Fantastic Beasts’, based on the fictional “Fantastic Beasts and Where to Find Them” textbook.

‘Fantastic Beasts’ gives us increased backstory that was hinted at in the original series, with familiar faces with Albus Dumbledore and Minerva McGonagall, as well as new faces such as our protagonist Newt Scamander, who had only been referenced in the original series as the author of Fantastic Beasts and Where to find them. The series has already brought us out of the UK and into the United States, bringing new characters and new relationships, and an inside look into the conflicts regarding Grindelwald.

‘The Secrets of Dumbledore’ follows Gellert Grindelwald’s attempted rise to power in the Wizarding World. Grindelwald’s story is revealed piece by piece in the original series, with small mentions of him in the first novel, ‘Harry Potter and the Philosopher’s Stone’, and eventual elaboration on his past, notably with his relation to Albus Dumbledore. The basis for the conflicts is that Grindelwald wanted wizards to rule over muggles, or non-magical people, claiming that the atrocities and crimes against muggles were for the greater good. Grindelwald is known as the second most dangerous dark wizard of all time, second to only Lord Voldemort.

Grindelwald’s power comes in part from his politics. He is a leader with hoards of followers eager to aid and abet his every move. His ultimate goal is to be elected Supreme Mugwump, the elected official that leads the International Confederation of Wizards. Of course, he is not doing this for the “greater good” and resorts to assassination attempts, unjust arrests, and the loss of innocent magical creatures to achieve his goals. Fans of the original series will see the parallels between Grindelwald and Voldemort’s rise to power, seeking political influence to achieve their unsavory goals.

Keeping the ‘Beasts’ in Fantastic Beasts

The first installment in the ‘Fantastic Beasts’ series, ‘Fantastic Beasts and Where to Find Them’, as its name suggests, consists heavily of magical creatures. These critters are adorable, full of personality and other-worldly features. Seeing Eddie Redmayne’s Newt Scamander interact with the creatures was a highlight of the film. As the series progressed and the plot grew both thicker and darker, the role of animals and creatures in the films was less natural. Still, ‘The Secrets of Dumbledore’ managed to utilize creatures to propel pivotal plot points.

The main creature in the film is a Qilin, a magical creature in Chinese mythology, known to be able to tell if one’s soul is pure. The Qilin looks similar to a dragon, covered in scales and a dragon-like head, but its body is similar to a horse’s. Obviously, this looks like no creature we’d ever see in nature, but the visual effects in the film make it seem incredibly real. We also meet a manticore, with a human head, lion’s body, and scorpion’s tail, along with a slew of other creatures that are much less frightening and much more adorable.

Problematic Production – ‘The Secrets of Dumbledore’

In the previous two installments of the ‘Fantastic Beasts’ franchise, Johnny Depp played the role of Grindelwald. However, in 2020 Depp announced that he was asked by Warner Bros. to resign from the project, following negative publicity regarding the Depp vs. News Group Newspapers Ltd. trial. A month later, Warner Bros. announced that Mads Mikkelsen would be taking over the role. Mikkelsen stated that he would not try to emulate Depp’s performance, instead opting to pursue his own take on the role. He acknowledged that it is, after all, the same role, so he would try to find a way to bridge the two performances.

Despite this controversy, the biggest issues stemming from the film’s production come from J.K. Rowling. Rowling, as the author of the ‘Harry Potter’ series, will always be involved in any ‘Harry Potter’ content, even if she does not have a direct role. Her role in ‘Fantastic Beasts’ is massive, as she is both a writer and producer, in addition to penning the source material. Rowling is by no means a good person. The so-called representation in her books is harmful and stereotypical, and even characters who are not supposed to be representative of a minority group still carry problematic stereotypes. She is openly transphobic, standing by her views even as she was met with criticism.

There is no way to support ‘Harry Potter’ without supporting J.K. Rowling. Her involvement is inevitable, even if it is not obvious.

J.K. Rowling faced criticism for Tweeting or otherwise confirming inclusivity in her books. One of these instances involved her confirmation that Dumbledore is gay, and later, that he was in love with Grindelwald. When ‘Fantastic Beasts: Crimes of Grindelwald’ was released in 2018, she faced backlash because she did not include their relationship in the film. Her actions were performative, claiming inclusion without actually including it.

In ‘Secrets of Dumbledore’, however, Dumbledore repeatedly states that he and Grindelwald were in love and even had plans to run away together. Of course, this nowhere near makes up for the harm she has done, but it is the beginning of a step in the right direction.

‘Secrets of Dumbledore’ benefited heavily from the decades of world-building that has been taking place through decades of ‘Harry Potter’ content. Each character, spell, creature, and duel felt fleshed out and well rounded, informed by dozens of books and movies. The cast was exceptional, Mikkelsen stepped into the role of Grindelwald seamlessly. The rest of the cast continued their peak performances even after COVID delays and all combined to make a wonderful product.