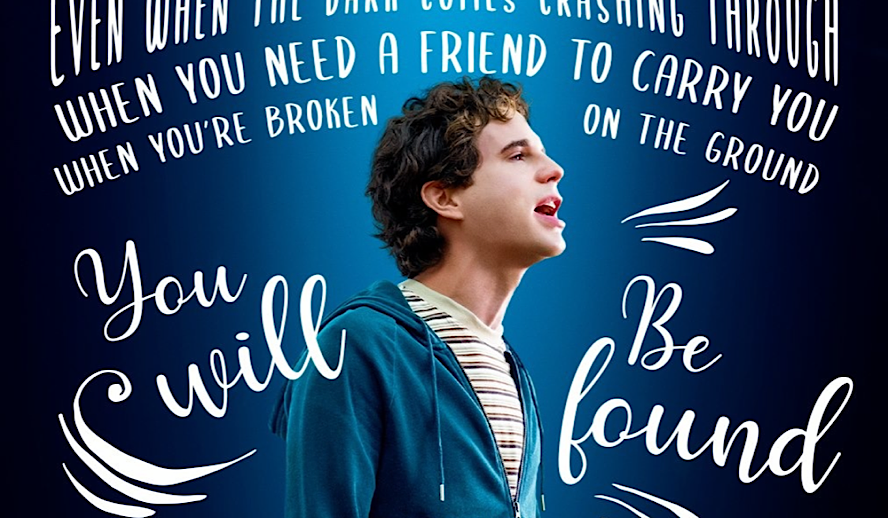 Besides Hamilton, has there been any other musical as widely beloved by the Gen X/Gen Z audience as ‘Dear Evan Hansen’? The show premiered in 2015 and has earned critical praise for its focus on topics like mental illness and teen suicide. With heartfelt and catchy songs like “You Will Be Found” and “Sincerely, Me”, it became a Broadway darling that went on to win several Tony Awards, such as Best Musical, Best Original Score, and Best Performance by a Leading Actor in a Musical for Ben Platt.

Now, a few years later, ‘Dear Evan Hansen’ is being adapted into a movie. Platt, who played the role of the titular Evan Hansen throughout the musical’s time on stage, is back in the leading role as the show moves over to the big screen. Now, as someone who has wanted to but never had the chance to see the original musical, my take on this musical might be different than most fans of the show. After all, there was nothing for me to base my expectations on. But, as a piece of Cinema, ‘Dear Evan Hansen’ is an enjoyable but introspective story about the mental health problems that plague our society. Despite some questionable casting and writing decisions, it’s a good movie with a heartfelt message to boot.

The Premise of ‘Dear Evan Hansen’

The film follows Evan Hansen, a high school senior who suffers from crippling social anxiety. He’s a social outcast with his only confidant being his family friend, Jared (Nik Dodani). To see the positives in his life, his therapist recommends he write letters to himself detailing the good things about his day. On one fateful day, his letter ends up in the hands of another social outcast, Connor Murphy (Colton Ryan), who steals it from Evan. Evan panics until he gets called to the principal’s office to meet with Connor’s parents, where he learns that Connor committed suicide.

Finding the letter in his pocket during his death, his parents believe that Evan was friends with their son. Evan goes along with the lie and soon crafts more fake emails to corroborate his story. Soon, Evan finds himself getting deeper into this lie as he grows closer to the Murphy family, particularly Connor’s sister Zoe (Kaitlyn Dever). With mounting pressure to memorialize Connor’s legacy, Evan must do what he can to preserve the new life he’s created for himself.

Given the complicated nature of the plot, ‘Dear Evan Hansen’ actually handles its story pretty well for the most part. It’s easy to get invested in Evan as he finally creates the life he’s always wanted for himself, and every time he’s with the Murphy family, it feels almost nerve-wracking. It’s like watching a train that’s about to crash any second, but not knowing when. There’s a lot that goes on here, and it makes this 137-minute runtime feel a lot quicker than it actually is. A lot of this is due to Platt’s portrayal of Evan, who does a wonderful job in the lead role, as expected. Platt can sing with intensity and bring out the emotion necessary for being in a story so heavy.

Despite this, there’s still one big issue with Platt’s portrayal, and that lies with the age difference. Ben Platt, at the age of 28, simply looks way too old to play a senior in high school. For some reason, it’s awfully common in Hollywood for grown adults in their mid-to-late 20s to play high schoolers instead of, you know, casting people actually close to the age range. Sometimes it can be done well (like Alan Ruck in ‘Ferris Bueller’s Day Off’), but it often just looks tacky and takes out some of the realism of the film or show. This is one of those moments. While it’s not the worst example of it, Platt looks noticeably older than a high school senior, and the film feels a bit less effective because of this.

The Murphys Bring Something New to the “Grieving Family” Cliche

But still, I get it. Keep the Broadway show’s breakout star in the film, even if his age is definitely noticeable. It’s an even trade. Platt still brings it all and hits those heavy emotional moments with ease, proving why he belongs to be in this film. The other actors hold their weight as well. Amy Adams and Danny Pino play Connor’s parents, Cynthia and Larry, and both bring the emotion as grieving parents. Cynthia tries to find something good about Connor that she can latch onto, and she finds that in Evan and his emails. While it’s definitely unhealthy mentally, it makes sense why she would. Adams has always been a terrific actor, and it’s easy to see why here.

The character of Larry is interesting because he brings a different angle to the Murphy family. He’s not Connor and Zoe’s real dad, he’s their stepdad who raised them since they were young. So despite not being their blood-related father, he feels and acts like he is due to being the father figure in their life. This is something that matters in the film, especially at the emotional height of ‘Dear Evan Hansen’, and I really enjoyed the different emotional angles the film took. Zoe, the daughter of the Murphy family, was another character who brought something unexpected to the film. When Cynthia and Larry reminisce over the good times they’ve had with Connor, Zoe remembers the opposite. She doesn’t want to grieve over her dead brother because he always treated her awfully, taking her money and screaming at her constantly. He was terrible towards her, and it’s a cool conflict that I’m glad the film addressed, that despite Connor being memorialized at home and at school, he still was kind of an awful person.

The Music and Focus of ‘Dear Evan Hansen’

‘Dear Evan Hansen’ as a whole did a good job of addressing the dark aspects of mental health that not a lot of people talk about. They don’t make Connor’s death out to be a standard teen suicide story. They give him some character and show that even with his flaws, he was still a person with passions and dreams, and it’s tragic that he died. Death and suicide are both not easy topics, and ‘Dear Evan Hansen’ surely doesn’t treat them like one. They are issues that a lot of young people think about and might often feel, and it’s nice to see the writers address this in a nuanced way. Given how popular the musical was (and still is), it’s no wonder that it reached the heights it did during its run on Broadway.

Speaking of music, the songs were truly great. While they cut a few songs and replaced others to fit the film, the songs that were kept in did their job to move the story forward and bring lively and heartfelt music sequences into the film. My personal favorite was “Sincerely Me”, with the back and forth cutting between Evan and Jared writing fake emails from Connor and Connor singing them out in a flashy musical number. Overall, ‘Dear Evan Hansen’ was pretty good as musical movies come, and definitely one that stuck with me after leaving the theater. Fans of the original show might be disappointed in the cutting of certain songs or the clear age difference of Ben Platt, but honestly, the film was still a good time and definitely a film that many should see while it’s still out. It’s a fun, albeit dark musical that has an enjoyable story and is anchored by a great performance from Platt. If you’re in the mood for something fun and heartfelt, then get your Broadway playlist going and go see this movie.