The Reemergence of Sanrio: How Small Gifts and Big Smiles Are Coming Through For Teen Mental Health 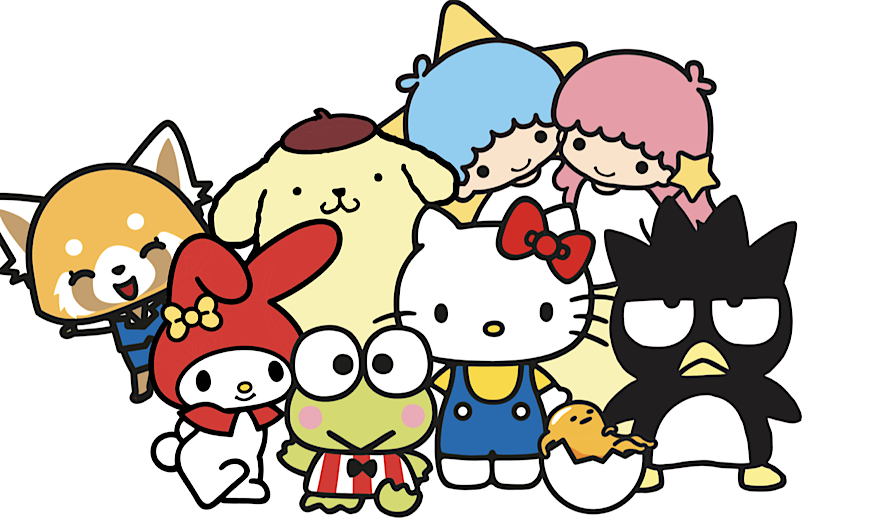 Many people raised in the 90s and 2000s know and love Sanrio as a staple of their childhoods. However, it seems that recently this iconic Y2K brand has emerged from its position as a nostalgic memory and once again became part of people’s everyday lives and interests. Though this time around it isn’t only limiting itself to children and adolescents. In fact, Sanrio has become immensely adored by teen and adult audiences. Part of this may be due to the fact that the generations raised on ‘Hello Kitty and Friends’ are now those very teens and adults who are regressing back into their childhood comforts. However, there are many social media posts that detail people’s experiences of just now becoming part of the Sanrio world. So what makes this “childish” brand so popular?

Many of the people that describe their attachment to the Sanrio brand online, also describe their struggles with mental health. Including things like depression, generalized anxiety disorder, and even more serious conditions such as bipolar disorder and dissociative identity disorder for some. It appears that the Sanrio brand is able to somehow ease these struggles and provide a source of comfort for those facing these issues.

With fun and, at the base level, relatable characters Sanrio is able to engage their audience despite age group. Instead of appealing to children’s sensory needs, as most children’s media, Sanrio builds its characters on simple archetypes such as the outgoing and friendly main character (Hello Kitty), the trouble-causing bad boy (Badtz-Maru), the airheaded clutz (Keroppi), and the sweet girl next door (My Melody). Though instead of leaving it at that, Sanrio also chooses to incorporate elements of morality and mutual respect into its stories, such as in their YouTube original series ‘Hello Kitty and Friends Supercute Adventures’.

Mutual respect is a rare commodity to come by nowadays so the link to why such stories would be appealing to those who aren’t used to being treated well by others is very obvious. Additionally, in the same way, that parents of young children can use such stories to teach their children about morality and respect in a fun and engaging manner, teen and adult audiences who were neglected or even abused to some capacity can use these stories to reparent themselves. This loosely means that Sanrio gives teen and adult audiences raised in tough conditions the opportunity to tend to their inner child and explore morality as well as genuine friendship in a safe and gentle environment.

The Popularity of  Toys With the TikTok Community

As of recently, the social media platform TikTok saw an unbelievable increase in interest towards stereotypically children’s stuffed animals and collectible toys. From older brands such as Calico Critters (aka Sylvanian Families) re-emerging as teens and adults find their childhood collections, to completely new competitors such as Squishmallows by Kellytoy entering the market. This trend has been booming for months throughout social media.

The Squishmallow trend became so prominent that many stores have chosen to set limits on how many of these stuffed animals a customer may buy. The TikTok app is filled with videos of people showing off their “Squish” collections and going on “Squishmallow hunts” which are usually several part videos in which Squishmallow collectors go into chain stores that carry these stuffed animals and attempt to find the characters on their “in search of” lists. Additionally, these stuffed animals are treated remarkably well by their owners. From setting up displays in their bedrooms, to keeping a certain squid named Stacy away from the rest of their collection due to the fact that her bio tag states that she struggles with social anxiety – “Squish” collectors go above and beyond for their collections. Some characters are resold for hundreds of dollars online, which is reminiscent of the Beanie Baby trend of the 90s.

Other “children’s” toys from the late 90s to early 2000s have also regained popularity with teen and adult audiences on social media (most prominently TikTok). These include Littlest Pet Shop (LPS), Monster High, Bratz, and even Build-a-Bear. Many of the brands that have regained their former popularity have also started releasing new collaborations and even new toy lines. Most notably, Mattel’s ‘Monster High’ coming out with a clothing collaboration through the popular teen retailer Hot Topic, releasing a collector’s exclusive line of dolls named the “Haunt Couture” collection, and producing a live-action ‘Monster High’ movie with the network Nickelodeon.

Of course, one question is burning – what makes these brands so popular outside of their target age group? Well, the truth is, the teens and adults that participate in Sanrio and Squishmallow collecting oftentimes did not have adequate childhoods and therefore tend to their inner child through having the space and resources to entertain their interests and comforts. Many of the people that run social media accounts detailing their lives in the collecting world to describe their experiences in growing up economically disadvantaged, emotionally or physically neglected by their families, or in some cases even abused.

All of these circumstances may cause an individual to regress into younger mindsets even though they are physically grown. According to the US National Library of Medicine “regression is an unconscious defense mechanism, which causes the temporary or long-term reversion of the ego to an earlier stage of development (instead of handling unacceptable impulses in a more adult manner)”. This concept was initially developed by Sigmund Freud who suggested that human mental health in adulthood primarily relies on how those persons were treated in their childhood.

These brands (most prominently Sanrio and Squishmallows) provide immense amounts of comfort to regressing individuals. Whether that be because Sanrio was a brand that was highly desired by them in childhood but couldn’t be provided due to economic status or other reasons, or because Squishmallows have a texture that is often cited as extremely pleasant by those struggling with an autism spectrum disorder. There is a wide range of reasoning behind why people have come to entertain these companies to the extent that they have. Though one thing remains clear – something as small and mundane as a Hello Kitty hairbrush can bring a person, who doesn’t have much to be happy about, an immense amount of joy. Therefore interests like Squishmallows and Sanrio should be respected despite appearing “childish”. We will never know the value a simple stuffed animal or branded pencil case can have for any given individual so it’s important to give them the space to explore what they hold dear.