‘Crime Scene: The Vanishing at the Cecil Hotel’ – The Mysterious Disappearance of 21-Year-Old Elisa Lam 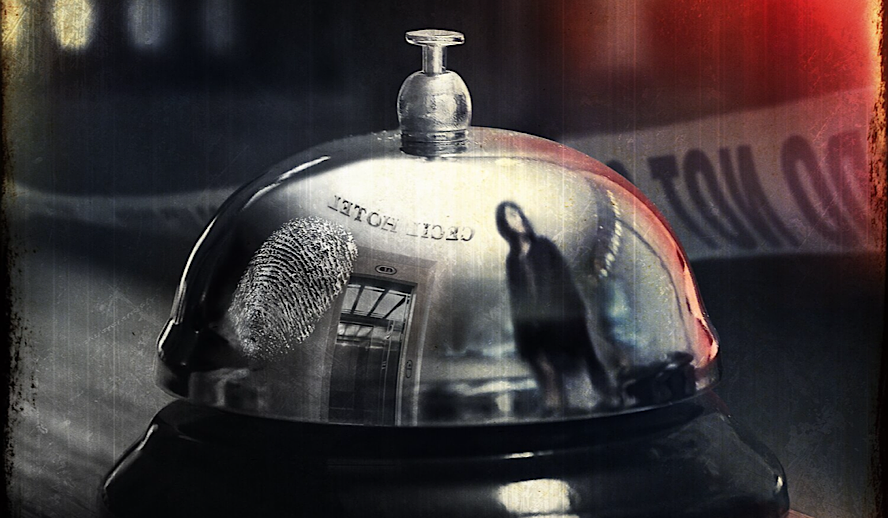 Photo: ‘Crime Scene: The Vanishing at the Cecil Hotel’/Netflix

‘Crime Scene: The Vanishing at the Cecil Hotel’ series director and 2012 Oscar nominee Joe Berlinger delivers a magnetizing and jaw-dropping account of one of the most recent and terrifying mysteries that captured the world, with there still being obsessive subcultures of people trying to solve the case. Critically and commercially acclaimed executive producers and creative partners Ron Howard and Brian Grazer demonstrate their evolving creative success by trusting keen talent to steer important projects like this in the right direction.

This Netflix docuseries is eerily gripping, incredibly fascinating, and masterfully directed and edited that elevates this show as one of Netflix’s best crime documentaries, which is high praise considering their wildly successful recent ‘Night Stalker: The Hunt For a Serial Killer’, centered on serial killer Richard Ramirez, which ‘Crime Scene: The Vanishing at the Cecil Hotel’ is almost directly following as far as hard-hitting crime docuseries on Netflix goes. Centering on the Cecil Hotel on Hollywood Boulevard’s gruesome history with murders, suicides, drug use, and dealings, along with housing notorious serial killers and various criminals.

Related article: ‘Crack: Cocaine, Corruption And Conspiracy’ – A Deeply Impactful Documentary About A Drug That Ruined The Lives Of Millions

Many people in the series who either worked at the hotel or lived in that region of Los Angeles at that time assumed the grim history of the hotel contributes to the perpetuation of the bad things that happen there, and question the dark forces that surround the hotel and why bad things keep happening. This is just the prologue to the series before it settles on the focal point of the four episodes, the infamous mysterious death surrounding 21-year-old college student Elisa Lam. The objective style of the film, and lack of artistic tampering with the widely known facts of the case grounds this docuseries in a world of authenticity that makes it all the more interesting, and the filmmakers efficiently earn their trust as the appropriate tellers of this story.

A Gripping Balance Between Informative and Entertaining, The Brilliance of Netflix and the Production Team Behind ‘Crime Scene: The Vanishing at the Cecil Hotel’

Using Lam’s actual words, the documentary provides mild reenactments and narration to walk the viewer through Elisa’s mind from what’s available by the evidence, and what brought her from Vancouver, Canada to Los Angeles, California. The establishment of Elisa’s personality and digital print is imperative to understanding the case and paying respects to the brilliant person she was. Fortunately, she publicly shared her thoughts on the internet, as Lam was a big user of Tumblr, and in the detectives who worked the cases words, “left a digital footprint” on her whereabouts and adventures in the United States, Los Angeles, and the final moments before her untimely disappearance.

The death itself, however, is an anomaly that’s left thousands of people still scratching their heads, and theories of what could have happened are almost limitless. Lam did not have a history of not communicating with her parents, so it was alarming when she suddenly stopped. The mystery only thickens from there and leaves the viewer, who most probably remembers this case that just happened eight years ago, on the edge of their seat.

This docuseries follows a mostly sequent timeline, allowing audiences to re-experience a sped-up version of the real-life quandary investigators and the public went through for almost three weeks, and still goes on today. It’s structurally sound in terms of a natural evolution in the case, building up to the big reveal and all the theories of what happened. It’s difficult not to binge it and get to the bottom of it, with the docuseries brilliantly evoking an emotional response from their viewership that’ll lead many viewers to try to solve the case themselves. The filmmakers, under Berlinger’s tutelage, take an active approach and give each angle and each theory its own unbiased spotlight to showcase how perspectives differ across the spectrum.

Along with directing the series, Berlinger also served as executive producer, and his organizational skills that harmonize well with his knack for informatively captivating content keep the narrative focused and easy to follow, no matter how far off the perspectives and theories go. People who investigated and paid close attention to the case ever since Elisa Lam was reported missing even go on to explain how their personal biases and obsessions clouded their objective perspectives, and how years of investigation and the clarifying help of hindsight allowed them to fully digest the case for what it is, which viewers won’t want to miss in the final episode.

There’s a structural formula with the rhythm of Netflix’s docuseries that’s pioneering the way audiences digest dark yet important to know stories like that of the Cecil Hotel and Elisa Lam. By interposing jump-cuts from different perspectives following scenes that build up to a momentum that drops alarming information serves as a great relief and enhances the viewing experience tremendously. This stylistic creative choice is inherent in most of Netflix’s docuseries and contributes to their reputation of having such incredibly binge-worthy shows. They also don’t employ cheesy reenactments, and seem to stay within the context of the facts pertaining to the case, using firsthand experiences of only people directly involved, and prioritizing a clear lack of hyperbolic unnecessary personal opinions from the interviewees.  The authenticity mixed with economic and only necessary information bridges a trust between the filmmaker and viewer, and the docuseries seldom gives the viewer a reason to not believe the angle the docuseries takes on the subject. When it gets too far off, the production team always knows the right time to reel it back into reality.

The composition and score are incredible, thanks to Wendy Blackstone, Robert Cotnoir, and Cesar Davila-Irizarry, and provides the appropriate dark tone that supplements this mysterious story perfectly. The music never takes away from the seriousness of what’s going on on-screen, but rather, helps focus in on the dark and scary tone that surrounds the Cecil hotel and the Elisa Lam case in particular. This intersection of creativity and unbiased objectivity expected in documentaries is balanced expertly by the filmmakers and has become a near-Cinematic leitmotif in Netflix documentaries.

The reenactments always serve narrative value and only add to the illustration of the events that took place, meant to keep a clear image of it without leaving too much room for misconception of the facts at hand. This is largely in part to the team of editors on the series, which consisted of Erik Chappelle,  Colin Cosack, Geoff Gruetzmacher, Betsy Kagen, Christopher Kronus, and David Moyes. Audiences will notice by their inability to keep their eyes off the screen that the pacing is skillfully smooth, efficient, and progressive. The production design is impeccable too, keeping each shot alluring and stimulating even though there’s a lot of repetition with interviewees and the scene of the crime. All around, the filmmakers and producers did an incredible job at telling this story with the information available and ensuring its phenomenal production quality throughout.

The series is high-scoring, and with it being split up into four hour-long episodes, is easy and worth it to binge. Every episode can be viewed on Netflix starting February 10th.