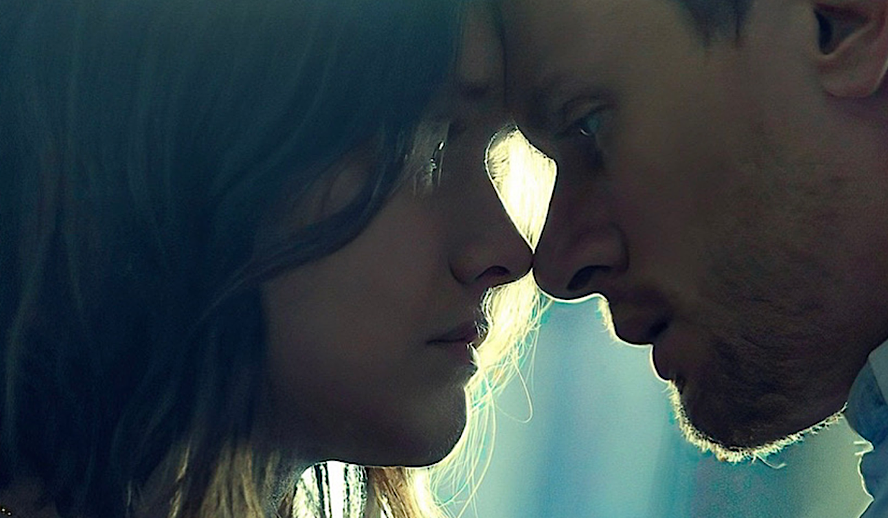 If I told you that there was a film new to Hulu about a global pandemic causing loneliness and featuring mask-wearing, crowded hospitals, and going to a water park because it was its last day before closure would you believe me if I said the film was shot in 2019? Or that it is based on a short story written ten plus years ago but includes a demonstrator insisting the government created the virus, restrictions on who can get the cure when it finally becomes available, and border closures? If you answered no, you’re not alone, I could hardly believe my eyes when I read about the background of ‘Little Fish’, a film directed by Chad Hartigan which was set to premiere at Tribeca 2020 before its cancellation.

‘Little Fish’ is a love story about a couple, Emma and Jude, played by Olivia Cooke and Jack O’Connell respectively, struggling to hold on to their memories of each other as a worldwide virus that causes complete memory loss, (Neuroinflammatory Affliction or NIA) ravages their lives and the lives of everyone around them. Emma writes in her journal, “When your disaster is everyone’s disaster, how do you grieve?” a question so many have likely asked themselves since last March. First, it affects their best friend, then Emma’s mom, and finally Jude starts to show symptoms. In a non-linear fashion, the film weaves their love story from start to tragic finish, using its format as a means for the couple to reminisce and remind each other of small details that are everything in a relationship.

No film about a pandemic will ever not be about COVID again, ever. Watching the film without knowing the production timeline and being convinced from the start that the whole thing is an artistic approach to COVID, it seemed so clever to have one of the first memories be the night of a Halloween party and a trip to a nightclub: two occurrences that for most, have only existed in memory for the past year. This freaky coincidence leads a sad story to become even sadder. However, as the story was conceived and the film made before COVID, it is important not to lose sight of the central theme of the film: that memories are sacred for the sake of love.

The film’s most haunting element is that there is such a thing as Alzheimer’s, this does actually happen, people as we know them are lost. In the process, their loved ones have to adjust their lifestyles and adjust their expectation that the person they love loves them back, let alone remembers their first name. Jude’s best friend, a musician, is suddenly unable to play music and his longtime partner is a stranger to him overnight in a dramatic sequence. The film asks tricky questions, the chief of which being who are we without our memories? Can you love someone who treats you like a stranger?

Appropriately so, Jude is a photographer, someone who is passionate about capturing moments forever. When his memories start to go, he relies on photos more than ever. In a touching moment, he captures city sites as if seeing them for the first time, in his mind, it is the first time. Emma, wants to be a veterinary researcher but for now works as a tech whose main job is putting down strays, a not so subtle connection to the fact that the government has a missing persons list of all those who have lost their bearings and wandered off. Emma devotes herself to helping keep Jude afloat. It’s a heartbreaking effort that leads to us learning their sweet backstory.

It’s a simple one, not much conflict at all but instead of diluting their romance to fluff, the film works in expressing that they are ordinary people and this could happen to anyone. The casual chemistry between Cooke and O’Connell is exceptional, it’s truly a credit to them that the film succeeds as much as it does. Cooke, who is hot off her starring role in the Oscar-nominated ‘Sound of Metal’ shows real potential and is definitely someone to watch. She is set to appear in the upcoming ‘Game of Thrones’ spinoff ‘House of the Dragon.’

Eternal Darkness of the Spotless Mind

Although vastly different in their concepts the film is influenced by Charlie Kaufman and Michael Gondry’s ‘Eternal Sunshine of the Spotless Mind.’ It is perhaps a bit too heavily influenced, like the opening scene, a meet-cute on a beach, acted for me at least, a spoiler to twist at the end. Other odes to the classic are the self-conscious moments where Jude and Emma are watching their memories and discussing them as well as Emma’s journal writing voiceover. Unlike ‘Eternal Sunshine,’ the film’s refusal to get into details about the virus and the cure weakens it. The film takes place in a world that is so built up in all other aspects that it seems strange to be vague about the most important one.

For example, Jude is told to put on a surgical mask when he goes to interview for a test trial for the cure, however, it is never expressed that the virus is contagious, nor is the doctor interviewing him wearing one. It is also somewhat ironic that a film so concerned with health and wellbeing for the sake of growing old together often finds its two leads unwinding with a cigarette reflecting on their troubles. One can’t help but think that the cliché is merely there to give the film an indie drama feel.

Overall, although flawed, ‘Little Fish’ is a touching modern love story that will make you want to hug your loved ones, a luxury we are just now being afforded. Stream it on Hulu today.