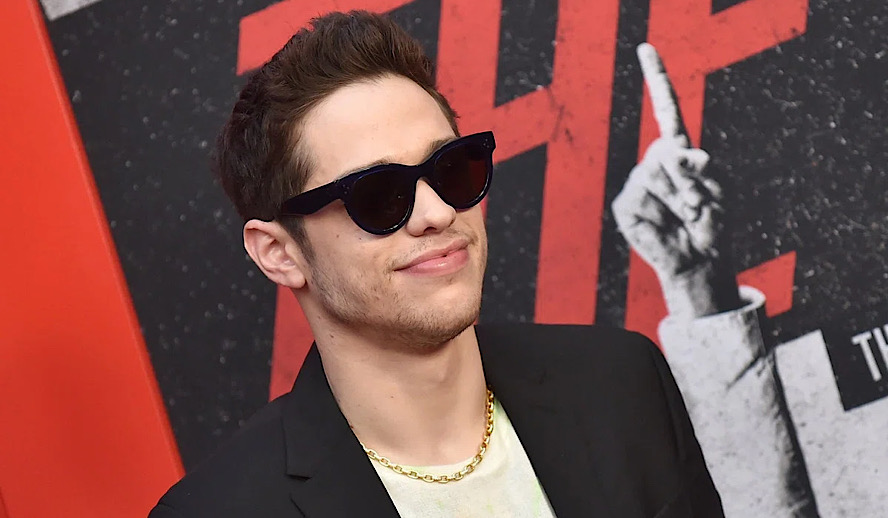 Pete Davidson is an absolute comedy legend who is known for various roles in the comedy and acting world. He became one of the youngest cast members on ‘Saturday Night Live’ in 2014, following a significant milestone in his career, and he hasn’t looked back since. You may know Pete Davidson from a variety of different projects, including when he made his debut on MTV’s ‘Failosophy,’ ‘Guy Code,’ or ‘Wild ‘N Out.’ You might also know Pete Davidson from his standup debut on ‘Gotham Comedy Live’ or even from his time doing standup on late-night talk shows such as ‘Jimmy Kimmel Live!’

More recently, he has continued working on ‘Saturday Night Live’ and continued to be invited back to late-night talk shows such as ‘The Tonight Show Starring Jimmy Fallon’ and ‘Late Night with Seth Meyers.’ Besides starring as himself in the television shows and projects mentioned before, Pete Davidson also has an extensive acting career. He has been featured in a variety of films and television shows over the years that have helped to solidify the variety of talents he has. He was first featured in a guest-starring role on the hilarious television show ‘Brooklyn Nine-Nine’ and has continued to find himself in a variety of roles that have captured his humor and even his more serious side.

Pete Davidson is known for his sarcastic humor, which explains how he has managed to keep his platform on television’s most hilarious comedy television show ‘Saturday Night Live’ from 2014 to now. Though Pete Davidson is known for his humor, he is also known for his vulnerability, specifically related to his health issues, emotional health, and more, which is an excellent way for him to spread awareness while using the important platform he holds. Over the years, Pete Davidson has become more and more loved because of his honesty about his life and, of course, his humor that only gets better with time.

Pete Davidson was born on November 16, 1993, in Staten Island, New York, to his parents Amy Davidson and the late Scott Davidson. Pete’s father, Scott Davidson, was a New York City fireman who tragically passed during the attacks on September 11, 2001, in New York City. Pete Davidson has always explained his father’s passing as an extremely traumatic moment in his childhood that heavily impacted his mental health at the time and today. He has attributed the rapper Kid Cudi as the one thing that helped him to continue his life following the passing of his father.

He attended Xaverian High School in 2011 and decided to continue his education, leading him to attend Brooklyn Heights’ St. Francis College before deciding to leave school to pursue his career in comedy. As mentioned before, he first made his appearance on ‘Brooklyn Nine-Nine’ in 2013. In 2015 he would hit another career milestone when his set on ‘Comedy Central Roast of Justin Bieber’ would be highly praised as one of the best on the show. In 2016 Comedy Central filmed his first standup special ‘Pete Davidson: SMD.’ He has continued to impress his fans, comedians, and the creators of ‘Saturday Night Live’ with his unique humor that highlights personal confessions and tons of vulgarity.

More recently, Pete Davidson toured with John Mulaney on their limited comedy tour called ‘Sundays with Pete and John.’ He has also starred in films and television shows such as ‘Big Time Adolescence,’ ‘The Dirt,’ ‘The Angry Birds Movie 2,’ and ‘The Jesus Rolls.’ In 2020 he co-wrote ‘The King of Staten Island,’ which is a semi-autobiographical film depicting Pete Davidson’s life story at some points throughout the film. He has also starred in ‘Hit Job,’ ‘Marmaduke,’ ‘The Suicide Squad,’ ‘The Rookie,’ and ‘The Freak Brothers.’ His acting and comedy career has proven to be successful as he has been nominated and has won a variety of awards. Pete Davidson has been nominated for CinEuphoria Awards, a Hollywood Critics Association award, and People’s Choice Awards. Overall, Pete Davidson has become a household name over the years because of his humor and personality that continues to win over audiences. I can’t wait to see what project he works on next.