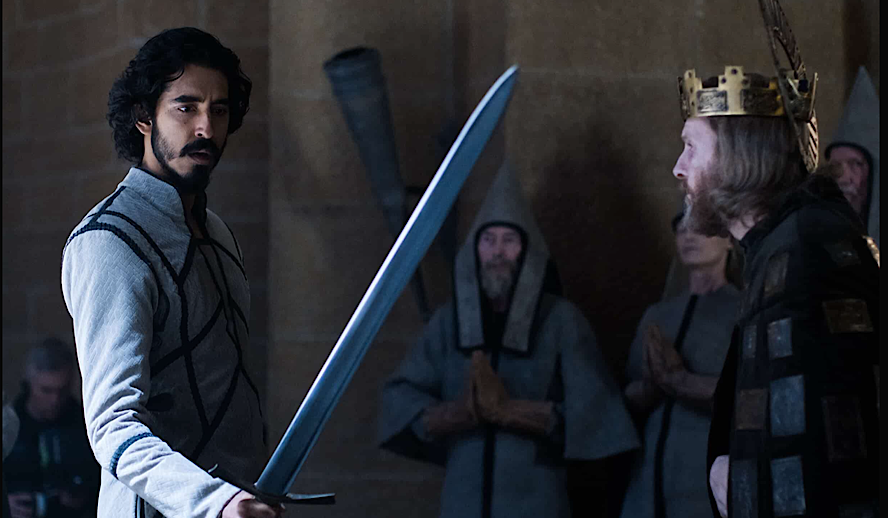 ‘The Green Knight’ is easily the most artistically ambitious film to get a wide release thus far into 2021. David Lowery spares no expense in his tour de force of expression; from beginning to end the film’s production will leave your jaw on the floor, marveling at the vision and dedication of one of Hollywood’s hottest young filmmakers. Since its release on Thursday, ‘The Green Knight’ has received almost entirely positive critical and audience feedback and has had some lofty awards hopes placed on it as a result. Dev Patel along with just about every technical aspect of the film is likely to receive nominations, and rightly so; Although the film left a bit to be desired in the case of its overall narrative.

‘The Green Knight’ is ultimately an environmental consciousness propaganda piece. If you are familiar with the source material, Sir Gawain and the Green Knight, you would likely understand the work has some rather charged criticisms of climate change denial at a cultural level, however, the films critiques of climate change feel like an afterthought, shoehorned in for the sake of having some sort of deeper meaning. There have been some career-long critiques of Director David Lowery about his knack for the pseudo-philosophical and inability to generate a proper, compelling narrative, a label I have not particularly agreed with throughout his career. Sadly, that is the truth for ‘The Green Knight,’ in my opinion.

The Story of Gawain and the Green Knight

‘The Green Knight’ is an adaptation of the late 14th century anonymously drafted work of fiction about one of King Arthur’s greatest knights, Sir Gawain. On Christmas Eve, Gawain and the other knights attend the King’s ceremony; here, the King asks Gawain for a tale of great adventure. Gawain has nothing in the form of an answer, only to be interrupted by a large knight’s entrance on horseback. The knight is less human than a tree and asks for a duel with the King’s greatest knight. If they are to land a blow against him then they must allow him to return the favor one year later at the Green Temple. Obviously, Gawain accepts and brandishes his sword against the humanoid creature. The creature lays his massive axe at Gawain’s feet, descends to a knee, and turns his head, allowing Gawain to strike a finishing blow against him to which Gawain obliges. Chopping the green head off in one fell swoop, the Knight is seemingly vanquished, avoiding the return of the favor one year from that date.

However, the knight rises, headless. He gathers his head and eerily gives his command; “One. Year. From. Now.’ The Green Knight mounts his horse and rides off with an otherworldly cackle, his head dangling off the side of the horse. The following year Gawain received much fame and notoriety, falsely lauded as a hero who beheaded a great challenger. This takes its toll on him, he becomes a drunkard and an embarrassment. Christmas arrives and he sets off to seek out the Knight of Green and confront him. On the journey, he is presented with several tests of merit, philosophy, and morality, most of which he fails miserably.

Ultimately, Gawain must confront his largest challenge. This is inevitable but somehow feels so lackluster that I was unable to generate any kind of emotional investment at this point in the film.

Classes could be taught on the technical aspects of ‘The Green Knight.’ As a former collegiate film student myself I can attest to the fact that simply watching ‘The Green Knight’ closely with an objective and analytical eye will teach you more about how to shoot, edit, and score a film than most any class you could take. The entirety of the film is breathtaking, each frame is a painting, and the score is truly one of the most powerful I have ever heard. Lowery may be one of the best action directors in the business at sculpting work from clay, perfecting its appearance until it is a refined piece of fine art, giving us his version of Laocoön and His Sons or Perseus with the Head of Medusa. Comparing this film to his previous works, especially ‘A Ghost Story, the ability to create a distinguished and evocative piece of visual art has always been Lowery’s strength. He really is a marvel of filmmaking prowess.

Lowery also is a fantastic actor-director. He is able to steer his models in the exact right direction, eliciting the perfect performance from them for the role. In ‘The Green Knight’ the entire cast is perfect. Dev Patel is spectacular, Alicia Vikander is the perfect mixture of sultry and sensitive, Joel Edgerton is scrumptiously intriguing, Sean Harris is poignant and refined, and, of course, Barry Keoghan (One of my favorite actors working, today) is marvelously wicked. In ‘A Ghost Story’ Lowery is able to pull Casey Affleck into a harmoniously beautiful portrayal of existential sadness with Rooney Mara. The two paint a portrait of sadness so affecting it moves and touches the deepest recess of the soul. Lowery is certainly an expert filmmaker, mastering almost every technical aspect of his craft.

However, he is not without his faults.

A Bit of a Letdown

I entered my screening of ‘The Green Knight’ with some extremely lofty expectations. I loved Lowery’s ‘A Ghost Story’ and all the promotional material I had seen of ‘The Green Knight’ looked spectacular. I thought and still think, the casting of Dev Patel was genius, and as an avid King Aurthur buff, I was loving the idea of a period piece about one of the lesser-known stories from the round table. It was one of my top three most highly anticipated films for the entire year.

This is why I say with great sadness – ‘The Green Knight’  did not live up to the hype, in my opinion.

I must say, there is not a singular technical aspect I did not love. The production design, the cinematography, the score, the editing, the costume design, and the acting were all superb. I hope they all receive the recognition they deserve, however, the writing and overall narrative were indefensible. There is essentially nothing of merit to the story other than a random tree man dupes Gawain into chopping off his head and Gawain must deal with the repercussions of his actions. This is fine, I enjoy meditation on the psyche as much as anyone, however, Gawain is such an unlikeable and poorly written character that I lost interest and didn’t care what became of him. I actually rooted against him at times.

The narrative is weak, meandering, and overlong. The most important character in the film is the most poorly written, undermining a marvelous performance from leading man Dev Patel. There is no lesson in the film other than: don’t be a jerk, have a moral compass. And even that simple message is undermined by scenes of morality being rewarded with disrespect in return. Simply put, I didn’t understand what the purpose of making this film was. It didn’t have a proper narrative, the hero’s journey is vastly overly dramatic, it didn’t have a strong underlying message. The best parts of the films are the vignette style encounters Gawain has on his journey and those are so haphazardly paced and so poorly under characterized that they come and go seemingly before we even understand the purpose of the interaction was. Barry Keoughan’s and Sarita Choudhury’s characters are so mismanaged and underwritten that they literally do not get a full arc, and these are two of the best and most impactful characters in the entire film.

It is safe to say that ‘The Green Knight’ will be a divisive film in the upcoming weeks and months and that although I enjoyed it, it did fall short of the lofty expectations I had placed on it.