‘Geez & Ann’: An Indonesian Romantic Comedy Perfect for Fans of ‘To All the Boys I’ve Loved Before’ 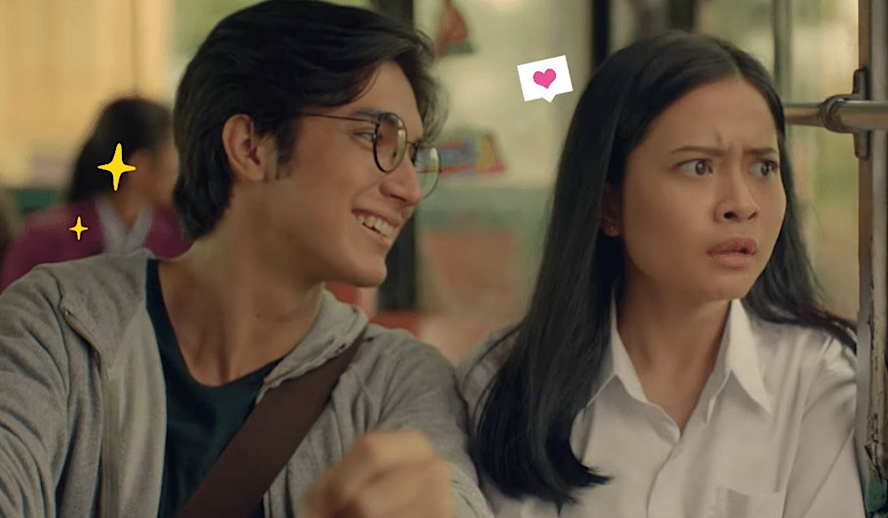 Not to Mention, Junior Roberts is An Absolute Heartthrob

At first glance, ‘Geez and Ann’ comes off as just another cheesy Netflix romantic comedy, reminiscent of ‘To All the Boys I’ve Loved Before’ and ‘The Kissing Booth’. It follows the development of a relationship between two teenagers, Ann and Geez, respectively. Geez is your typical, run-of-the-mill dreamboat complete with his own guitar and a half-decent set of vocal chords. Ann, on the other hand, is a fiercely independent, studious girl with big dreams of becoming a doctor. Everything about the first part of this film screams “I’m made exclusively for teenage girls, all other viewers beware!” As the film progressed, however, I was pleasantly surprised to watch the complex relationship that blossoms between Geez and Ann. Unlike most romantic comedies, this film does not shy away from depicting the difficulty of trying to become your own person while maintaining a relationship with someone else who is also evolving.

Related article: The Final Installment of Lara Jean Covey’s Story: ‘To All the Boys: Always and Forever’ = Personal Growth and Family Culture

I’d like to start off by discussing the whimsical aesthetic of the film. The visual palette was flirty and soft, adding a romantic backdrop to the film’s love story. The locations were ever-changing, keeping your eyes entertained right alongside the narrative as it develops. The first scene of ‘Geez and Ann’ takes place at an alumni talent show where the main characters are introduced. Of course, there’s a creative meet-cute that features Ann clumsily falling into Geez’s arms, just as any decent rom-com promises. The lighting is charmingly delicate with blues, purples, and pinks coloring the frame.

The soft lighting continues throughout the film, bathing Geez and Ann in beautiful light as they develop feelings for each other. Surprisingly enough, our sweethearts are often seen sipping pastel-colored milk teas with striped straws, something that feels right out of a ‘50s love story. The visuals of the film are pinpointed to a tee, and there’s never a boring backdrop for the plot conflicts to take place against. If I had to sum up the visuals with one word, it would be: cute. On par with all the other aesthetically-romantic Netflix rom-coms, ‘Geez and Ann’ certainly won’t disappoint when it comes to the visuals.

Apart from the visuals, what’s the next most important part of a romantic comedy? The chemistry between the main characters, of course! And boy, oh boy, do Junior Roberts and Hanggini deliver the romantic tension that we all deserve. If far-off gazes and dreamy eyes are not your thing, maybe pick another movie for Saturday night. The chemistry between these two actors is palpable in every scene. Even in the beginning, when Ann plays hard-to-get by rejecting Geez’s advances, she oozes adoration over the mysterious pop singer. Her feelings are difficult to hide, much like the viewer’s joy when Ann finally relents and allows love into her life. And geez, let’s just talk about Geez for a minute. If anyone has the star power and magnetism to give Noah Centineo a run for his money, it’s Junior Roberts. He’s simply dreamy in this film, his romantic advances are so over-the-top ridiculous, it’s hard not to be charmed by him. In an attempt to win Ann over, Geez purchases ice cream bars for her entire English class of elementary schoolers. Then, in the very next scene, he buys boba for her entire group of girlfriends.

I mean, who won’t be won over by such grandiose gestures of affection? To top it all off, he sings too! In the film, Geez fronts a band called “The Indie Brothers” who exclusively perform love songs about unrequited romances. One word: dreamy. Now, let’s switch gears and talk about Ann for a minute because she deserves some love too. Ann is hardworking, studious, and a bit uptight at the beginning of the film, however, she soon loosens up with a little nudging from Geez. Over the course of the film, she develops into a wonderfully robust example of a successful, driven woman who won’t let anything stop her from achieving her goals. The passion between the two characters is grossly apparent, and sparks seem to fly whenever they’re on screen together. With the chemistry between Geez and Ann and the wonderfully cheesy character arcs, this film is a sure-fire hit.

Subverting the Boundaries of the Romantic Comedy with Refreshing Messaging

Now, you may be thinking to yourself right now, “What makes this movie special or different from any one of the other million romantic comedies available on Netflix?” Let me enlighten you. Though the film starts off flirtatious and fun, it quickly devolves as real-life complications enter the stage. Geez has a difficult relationship with his overbearing mother, who insists that he study in Berlin to become the next Jeff Bezos. Ann, on the other hand, has to deal with financial limitations when her father falls ill, limiting her options for a university to local schools only. Long-distance is one of the biggest deal-breakers for any couple, and these two are no different. Upon first watch, you assume that Geez will sacrifice his mother’s dreams for him in favor of staying with Ann in Jakarta. Unfortunately, this is not the case, and the two lovebirds must cope with Geez’s busy schedule. This, personally, was one of my favorite parts of the film.

Most romantic comedies end with the couple overcoming their hurdles and finding a way to be together, no matter what the cost. In ‘Geez and Ann’, however, the two characters prioritize their own livelihoods above the relationship, choosing the more realistic and healthy option for themselves, not simply the relationship. This really made Ann and Geez feel like real people, with their own complex lives and hardships to overcome outside of the relationship. The message of the film lies in this idea; that though a relationship might end one day, that doesn’t necessarily mean that the meaning is over. The value is placed instead on the time spent between the couple, not the longevity of their love. I appreciate this realistic and healthy messaging, as it presents a refreshing change from the fairytale endings seen in almost all other romantic comedies.

Ultimately, ‘Geez and Ann’ is a super fun, entertaining watch. It breaks the boundaries of the traditional rom-com by including a more realistic message about the value of a relationship. The chemistry between the main characters is off the charts while the visual style replicates this with its flirty, soft, and romantic aesthetic. This film is perfect to throw on for a girl’s night or even to watch by yourself with a full bottle of wine in hand. I can guarantee that, no matter how you feel about the narrative, you will be entertained the whole time! Especially thanks to those dreamy eyes that Junior Roberts has.