Martin Scorsese May Not Be a Fan, Still Superheroes & Comic Book Movies Hold a Significance of Biblical Proportions 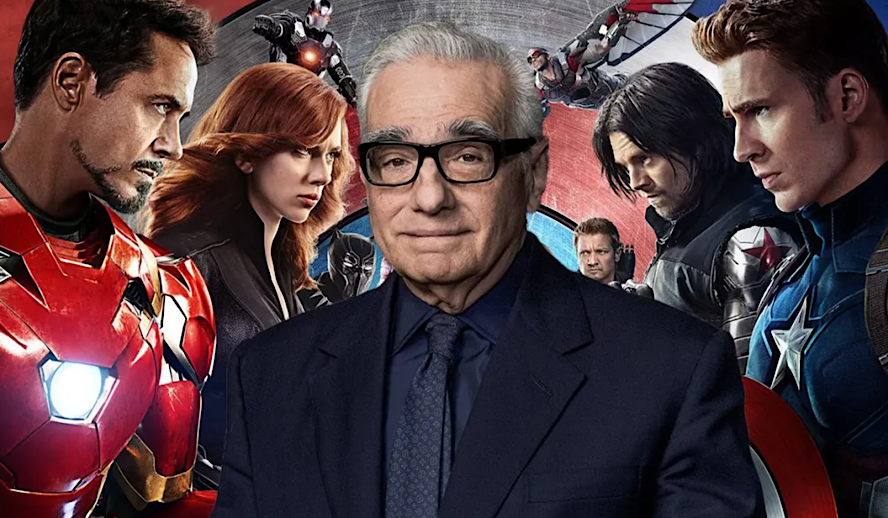 We have left 2021 behind. Another year in the books. And for fans of CBM’s (Comic Book Movies), it was an especially welcomed one. This past year was bookended with two of the biggest superhero films of all time. In March, we saw the long-awaited release of the controversial, ‘Zack Snyder’s Justice League’, and in December we were gifted, ‘Spider-Man: No Way Home’. Both movies were held to much acclaim, with die-hard DC & Marvel fans going so far as to call them “the best comic book movie(s) of all time,” respectively.

Both films were also incredibly impactful on the cultural landscape and conditions of cinema, and the movie-viewing experience, as a whole. ‘Zack Snyder’s Justice League,’ fraught with so much controversy that it inspired a three-year campaign, was released digitally on HBO Max – while ‘Spider-Man: No Way Home’ thundered its way through the box office, making over one billion dollars. The Snyder Cut further cemented streaming services and at-home viewing/release as a viable contender/alternative to the traditional theatrical run, altering the landscape of the industry. However, the year ended rather contradictorily, with a potential upset by Spider-Man, who quite literally swung in and saved the movie-going experience, making history, and becoming one of the highest-grossing movies of all time. Both of these releases – and their very natures – have been the subject of much discussion and debate in the film/TV world. And yet, is it not interesting that both films are CBM’s? Is this purely coincidental? No.

Some of us may remember October 2019, when one of the most revered & respected directors in all of film, Martin Scorsese, said that Marvel movies – to him – do not qualify as Cinema. Scorsese then went on to write an entire opinion piece in response to the backlash, explaining his stance. He says that Marvel flicks more closely resemble theme parks than cinematic works of art, like the films Scorsese, himself was impressioned by. In the letter, he even addresses that he may have a different attitude if he were younger, and in the current industry climate, with these multi-million dollar blockbusters being churned out at every turn.

He then even goes on to specifically say that a component of what he defines as cinema, is that there must be within it some “spiritual revelation.” It is here that I would again point to the  staggering success and appeal of films like 2021’s Snyder Cut & Spider-Man. People flocked, during a time of increased Covid-19 infections, to see a superhero movie. This speaks to something. This very nature of strangers gathering under a common purpose, at a common place & time, to observe this thing, whatever it is, is spiritual in essence. I would argue that superhero flicks, and even the superheroes themselves that I, and so many others grew up on, are in a sense, religious.

CBM characters like Batman, Superman, Spider-Man, and Wonder Woman have all been positioned firmly at the forefront of pop culture for decades. These made-up characters themselves have outlived generations. Their origins, like all of the best religious figureheads, can be traced to text – comic books. Humans have been fascinated by their own imagination for millennia. Fashioning stories, epics, and tales is an inherent part of human nature, and of the human experience. Religions are no different from these stories we cling to, to better understand ourselves and broader themes and questions about existence as a whole. Various aspects of human nature can be found personified by our most beloved superheroes, whose movies we continue to thirst for, year after year. Batman is the personification of vengeance, of an all-consuming pain that expresses itself through the deepest rage, an all-too familiar part of the human stages of debilitating grief. Superman and the “S” he wears, symbolize hope. Even our friendly neighborhood Spider-Man stands for a moral dilemma posed to, and by humans for thousands of years, that of the balance of power & responsibility.

These characters, crafted by humans, for humans, to put faces & bodies to themes and forces and ideas, are no different than the Gods of the Romans, the Vikings, or the Greeks. Just as these ancient peoples sought to understand human nature and earthly forces through the stories & adventures of these characters, modern storytellers are doing the exact same, only with a modern flare: capes & masks & supersuits. This becomes all the more obvious when you remember that two of the most popular CBM and comic book characters of all time, Wonder Woman & Thor, are both religious characters just directly communicated into new, modern stories.

One of the most interesting parts of Zack Snyder’s renditions of the DC Comics Gods, was his keen awareness of the parallels that I am drawing. Truly an artist ahead of his time, he had a vision of a franchise of films that would tell overarching stories, that would see each character, from Batman to the Flash, have arcs similar to their respective figures in ancient mythology. In a teaser trailer for his cut of the film, released in February of 2021, each member of the Justice League is spotlighted in a moment referencing iconic images of historical religious figureheads. For example, Superman’s image is similar to Christ’s ascension, Batman’s is similar to the martyrdom of St. Sebastian, Wonder Woman’s panel resembles images of Joan of Arc, a woman canonized as a saint, Aquaman is almost identical to Poseidon, and Flash is also remarkably similar to the God, Mercury.

I think it is also important to mention that the parallel images Snyder selects are all Renaissance-style pieces. The Renaissance was a period when artists became obsessed with these religious personifications of ideals and forces, from the Birth of Venus to The Creation of Adam. And the Renaissance itself, marked a time of significant cultural rebirth in human society and thought. Perhaps fascination and preoccupation with these characters is a signifier of our maturity and self-understanding as a species of storytellers. Snyder, himself, was aware of the parallels and similarities between the Gods & Goddesses of the modern era, and those of the old. Superhero films are more than just theme parks, and may even tap into something more than just cinema. Maybe Martin’s right about one thing, though, perhaps it’s just a sign of his times.