‘Young Royals’: Everything You Need to Know Before Season Two 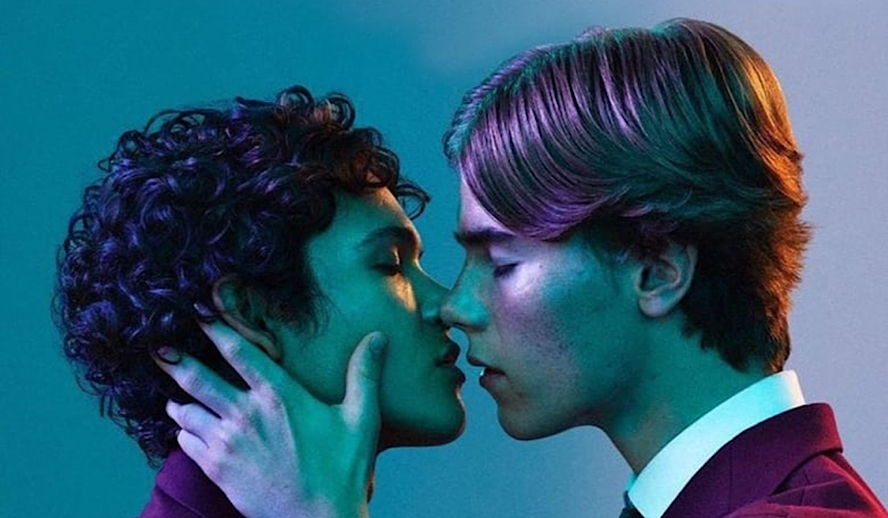 Originally premiering on Netflix in 2021 ‘Young Royals’ is a Swedish, LGBTQ+, teen drama. The series follows Wilhelm (portrayed by Edvin Ryding), a young prince, who was sent to a private boarding school after being seen in a video of a club fight. Rather unhappy with being transferred to a new school, Wilhelm is miserable in his new environment. That is until he meets Simon (portrayed by Omar Rudberg), a first-year student living with his family off the grounds of the school.

This drama is a queer take on the upper class/lower class dynamic. An attempt to turn it into valuable commentary was made, however, it was not entirely successful. There is a lot of tension within the plot, though it does not always pay off in the ways expected. Instead, the show adds more layers of drama one on top of another. It is actually amusing to watch what they’ll come up with next. So strap in, we’re in for a recap! And beware, spoilers ahead.

Episodes One and Two

The first episode sets up the reasoning behind Wilhelm being sent to a boarding school. After getting into a fight at a party and being caught on video, he and the royal family got some bad press. Wilhelm resits the decision, however, all arrangements have already been made.

Upon arriving at the school, Wilhelm is greeted by August (portrayed by Malte Gårdinger) – a third-year student with a drug problem and a superiority complex. August sets out to throw Wilhelm an initiation party to welcome him into the brotherhood of the boarding house.

The planning process requires the acquisition of alcohol. August asks Simon if he has a contact that could accommodate this request. Reluctantly, Simon agrees to get the liquor by talking to his deadbeat father, all because he needs the money and social connections.

The initiation proves to be exceptionally brutal. However, a big party follows. During the party, Wilhelm and Simon hideout from August and his friends and sparks fly. The next day, the two sit next to each other in class, and Wilhelm suggests that Simon go to the professor for tutoring when he is unhappy with his grade. Simon figures he can pay for his tutoring with the money that August owes him for the alcohol and takes the opportunity. An issue arises when August can’t pay on the spot. This issue will persist for the next few episodes.

August’s drug problem is introduced in episode two. When he can’t get the drugs from his regular contact, he attempts to get a prescription for the ADHD medication himself. His attempt proves unsuccessful. In the near future, however, Simon is roped into getting August the drugs in exchange for double what he owes for the liquor. Simon steals his father’s medication to accommodate this demand.

Wilhelm and Simon skip rowing practice and sneak off school grounds to watch a soccer match. They get to know each other better, though the class divide is very much obvious. Wilhelm lives in a luxury bubble and seeing the real world comes as a shock to him. Later that night, he is caught by August when sneaking back into the boarding house.

During a movie night at one of the boarding houses, Wilhelm and Simon share their feelings toward each other after being brought closer at the soccer match. Over the course of a few days, Wilhelm wrestles with his feelings for Simon. Eventually, he asks Simon to stay the weekend at the school and Simon agrees.

It’s family visitation day and parents flood into the school. August’s mom is approached regarding unpaid tuition fees. Simon’s mom is treated differently from the other parents due to her economic status – likely in an attempt to point out the class divide on behalf of the show.

Simon gets frustrated after August says he can’t pay him because his family had lost all their money. That night, with the help of two friends, Simon jumps on August to let him know that he’s serious about getting paid.

Simon tells Wilhelm that he can’t stay at the school for the weekend and Wilhelm asks if he can come home with him instead. Simon agrees, however before they can leave the school Wilhelm is stopped and informed that he’d just had a death in the family. Two services are held, after they conclude Simon and Wilhelm talk and Wilhelm asks Simon to erase their text messages and forget that anything romantic had happened between them. Simon steals more of his father’s medication and forces August to sell it in order to pay him back.

Wilhelm is invited to a secret meeting with “the Society”, which is a secret group led by August. At this meeting, Wilhelm is asked to swear to maintain the bloodline of the Society’s noble families. This is meant to poison him off any relationships that will not result in a biological child. Later that night, Wilhelm goes to watch a soccer game with Simon, after which they come back to school and sleep together. Without their knowledge, August records them through the window with the intention to publish the video.

After their night together, Simon and Wilhelm grow closer. However, an issue arises when a member of August’s friend group approaches the brink of expulsion. August suggests that they blame the drugs found in the friend’s possession on Simon. Wilhelm blackmails August to get him to drop the idea. By the end of the episode, August uploads the video he took and it goes viral.

Wilhelm and Simon comfort each other through the drama until the royal family makes an announcement claiming that the video is not of Wilhelm. Simon is very upset with this development. Towards the end of the final episode, Wilhelm hugs him in front of people as a form of apology before leaving the school.