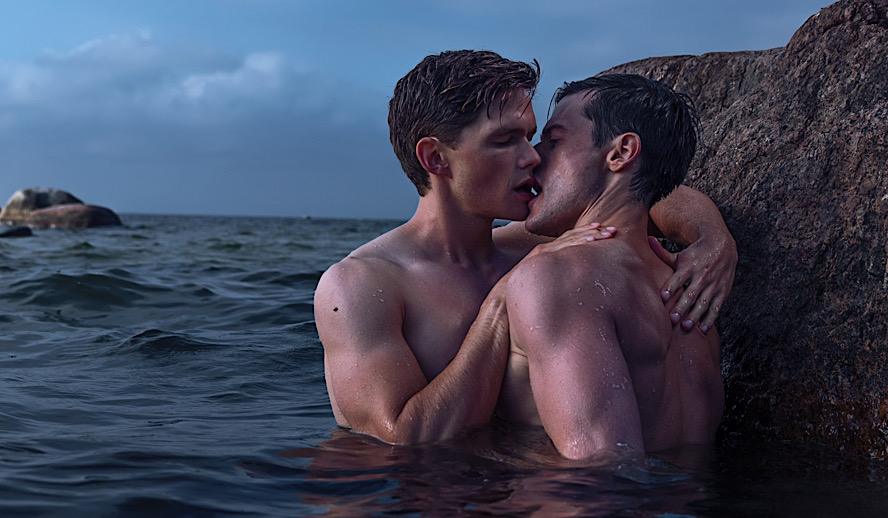 Somewhere on a military base in Soviet-occupied Estonia, a young man captures a photograph of a beautiful woman conversing with a pilot, only his lens is not tracking the lipstick or pinned back curls. “To be or not to be, that is the question” – Shakespeare asks of life or death. “Is it better to speak or to die” – asks André Aciman in ‘Call Me By Your Name’. Truly, is it not the same question? And if not, then does a common answer make it two of a kind? For Serghei, a question posed by his friend yields the answer to both. “Do you have time to develop some photographs?” – to speak it is.

A private of an Estonian military base, Serghei (portrayed by Tom Prior) has a love for photography and theater. All he reasonably expects is going back to the farm he grew up on to help his mother after returning from the army. Of course, his dream is to attend a drama school in Moscow, but he scarcely allows himself to venture into those fantasies, as he knows he is unlikely to return.

Pilot Roman Matveev (portrayed by Oleg Zagorodnii) has dedicated his life to the military, always putting his service first. That is until he is approached by Serghei, asking to help him develop some photographs. In the darkroom, the two have a conversation about Serghei’s love of theater and drama school dreams. Roman asks him how come he won’t allow himself to pursue what he loves. Serghei argues that things are not as simple as packing your bags and heading off into the sunset, but Roman insists that it is essential to go after the things that you desire.

The two head back to Roman’s apartment and after a few drinks, the darkroom advice starts to gain a double meaning for Serghei. In the morning, Roman requests to be driven into town, electing Serghei as his driver.

Dancers crowd the stage in beautiful costumes as the audience marvels. Roman has snuck Serghei to the theater. After all, he had said that he has not been since enlisting. Grateful and speechless, Serghei watches the dancers in awe – a ballet production of ‘Firebird’.

On the way back to the base, a broken railroad gate delays the men. Roman takes advantage of the hiccup and takes Serghei into the forest. As they hide from a patrol car, our pilot reveals the true meaning of his encouragement to pursue desires. A split second of hesitation, and Serghei gives himself permission to indulge in the fantasy.

‘Firebird’ truly falls into the habit of tearing the satisfaction of a happy ending away from the viewer. From homophobia in the military and within the law, to forced rejection. This film reveals the false nature of fairytale endings for LGBTQ+ individuals.

What is a life well lived in the absence of love? For Serghei the stage became a remedy. After completing his service and being accepted into his dream drama school, he settled in Moscow and poured himself into perfecting his craft. Though no matter how much he tried, he couldn’t force himself to forget Roman. Until one day, he got notice of a visitor waiting for him backstage.

It hurt the first time, even more the second, now Serghei knew that there was very little to make the third worth it. Yet as the train station began disappearing in the distance, he sank into his seat and smiled at the worst heartbreak of his life, and the heartbreak smiled back.

Living together in a roomy apartment, Serghei and Roman held onto the life they dreamed of in the military. Until Roman’s wife decided to visit for the New Year’s celebration. “To your love” – said Serghei softly, raising his glass with the toast. The third time really did hurt the most.

How could there possibly be a fourth? One piece of paper and a single phone call later, there was no numeric descriptor for the loss.

“Home” – he said. Within that making a promise he knew he would never keep. And as the plane’s engine roared, sending him out into the sky, he remembered what it was like to dive into clear water, waiting for his lover to follow behind. And follow he did – “go lie with him in his grave”.

With a surprisingly high quality of production, ‘Firebird’ most certainly has grand potential. The most common color theme is blue, however, the strategic pops of red really add dimension to the picture. Well-picked music accompanies the story in all the right places, and the overall atmosphere is highly effective at advancing the plot. The storytelling itself can be hard to keep up with due to the fast-paced nature of the film, however, it does carry a certain rhythm that leaves the viewer wondering what will come next. It is hard to understand how a film of such purpose, released in 2021, hasn’t yet experienced waves of support. Though with the American release taking place on April 29th of 2022, there is hope that ‘Firebird’ might receive the attention it deserves. Very similar to ‘Call Me By Your Name’ in its cinematography and utilization of scenery, ‘Firebird’ adds a layer of tragedy in the retelling of a true story.

For someone that is not queer, the story of Serghei and Roman may lack depth. This potentially leading to confusion as to why they put themselves through so much just to lose their happily ever after. However, from a queer perspective, ‘Firebird’ is simply phenomenal in describing the rejection and outright hatred we face, both outside of the community, and from those like us. Additionally, it reminds the audience that the big screen lies, making us believe that a certain level of loss and heartbreak warrants a happy ending. Truly, there is nothing that can guarantee you love, acceptance, and happiness. Not trauma, not pain, not loss. Though this film makes it a point to have the viewer remember what the small gestures meant, the significance that the secret glances carried. And though heartbreak is irreparable, may we all look upon the stage that once told us everything we needed to know, remembering that we did love. Maybe briefly, maybe passionately, maybe aimlessly. But the heart was capable, even if it came to rest in the dirt.