A Tribute to Beverly Cleary: Legendary Children’s Author and Writer of ‘Ramona Quimby’ 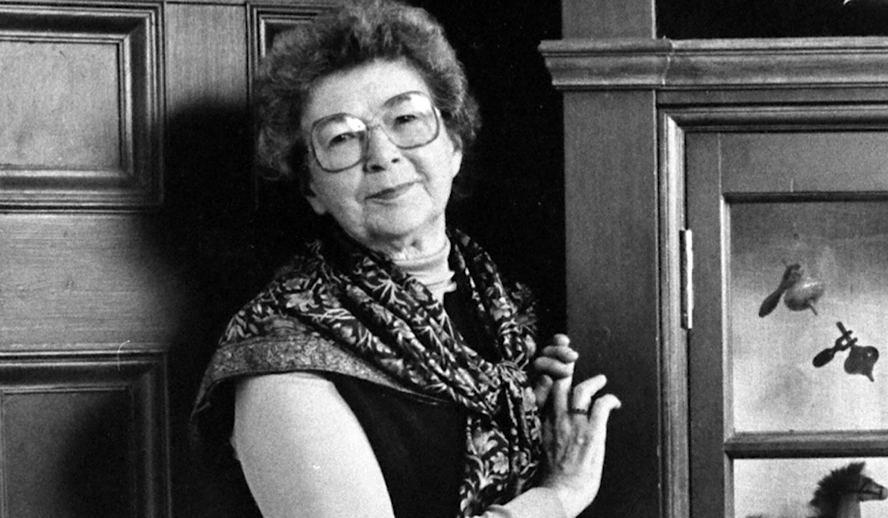 Hollywood Insider would like to send our condolences to Beverly Cleary’s family – Rest in Peace!

Beverly Cleary was born in McMinnville, Oregon in April of 1916. She grew up on a humble farmstead, gaining an adamant love for books when her mother set up a local library in town. When she was a child, Cleary was placed in her school’s “low reading circle” for having trouble with grammar – an experience that ultimately gave her empathy for the struggling readers that would later consume her own books. Of course, she eventually overcame the learning hurdle, becoming an unstoppable force in the process. Cleary went on to study at the University of California Berkeley and the University of Washington before ultimately beginning her authorship of children’s books.

The rest is history. Cleary’s books were an instant success among readers who found commonalities with their authentic, lovable characters. Ramona, Beezus, Henry Huggins, and his dog, Ribsy, were instant companions for children worldwide. And in these books, Cleary injected experience from her own life and the world around her. As Cleary’s website states, “Ramona and her classmates participated in the D.E.A.R. program because it was so often mentioned in letters from children who enjoyed “Drop Everything and Read” activities. Today D.E.A.R Day is celebrated nationwide on April 12, in honor of Beverly Cleary’s birthday.” All in all, these books were injected with a relatability, adventure, and heart that inspired millions.

Years later, Cleary is one of the most decorated authors to date. Her books have sold more than 85 million copies and have won more than 25 statewide awards. Cleary was even named a Living Legend by the Library of Congress. She won the 2003 National Medal of Art from the National Endowment of the Arts, the 1984 John Newberry Medal for her novel Dear Mr. Henshaw, the 1975 American Library Association’s Laura Ingalls Wilder Award, and the 1982 University of Southern Mississippi’s Silver Medallion, just to name a few accolades. And really, those are only a fraction of Cleary’s career accomplishments, with the most being the inspiration and comfort that she gifted generations to come.

Her passing at age 104 was announced in a press release from HarperCollins, whose president reminisced that Cleary’s “timeless books are an affirmation of her everlasting connection to the pleasures, challenges, and triumphs that are part of every childhood.”

Most famous out of Cleary’s works is the Ramona Quimby books, which includes eight installments published from 1955 to 1999 (though the character of Ramona first appeared in the Henry Huggens series). In these books, Cleary explored middle-class American culture, family dynamics, and coming-of-age experiences through the life of Ramona Quimby – an imaginative and courageous young girl. Something about Ramona struck a chord in children worldwide, making her a relatable and lovable character for generations. Maybe it’s because she faced real-life problems that we all could relate to as Elementary School kids. Some were simple, childish problems, but others were mature issues that she didn’t understand.

That was okay because as kids, we often didn’t understand familial, financial, or parental issues either. Or maybe it’s because Ramona was an imperfect kid – who lashed out, got angry, got scared, and liked to have fun. She was simply a child who explored her world in a pure, innocent way. The National Women’s History Museum discussed this in a tribute to Clearly, saying that her work felt relatable because it “reflected changes in American society. Her characters faced challenges that remain highly relevant today such as a parent losing a job, loss of a favorite pet, divorce, and schoolyard bullying. Her stories reflect the issues women faced in the decades in which they were published.” As readers grew with Ramona throughout her books, they saw her face these adolescent challenges and navigate her relationships with her parents and sister – challenges that they too could relate to their own lives.

I myself remember when my aunt gave me a copy of ‘Ramona the Brave’ to read, telling me that she had also found solace in Cleary’s books as a kid. After reading it for the first time, I instantly felt connected with Ramona and loved her as a literary character and new friend. I was the youngest in my family, also had an older sister of a few years, and was a little girl in a big world. Ramona’s strength, courage, and imagination made me feel comfort and inspiration whenever I was feeling low, as I am sure she did for countless others.

And of course, the series was adapted into a 10-part Canadian film series called ‘Ramona’ in 1988 and a feature film called ‘Ramona and Beezus’ in 2010. The family-friendly comedy starred Selena Gomez, Joey King, and Sandra Oh, among others, garnered positive reviews from critics and audiences alike. The film is currently streaming on Disney+ in 2021.

Beverly Clearly inspired generations of kids through her adventurous, fun, pure stories. Her characters and their experiences made kids feel comforted and understood. They also made them feel like they had a part in their world – where they not only interacted with each other but regularly with the adult figures around them, fostering a feeling of community and support. This type of early childhood experience shaped generations to come, giving guidance to kids around the world. All in all, author Leonard S. Marcus sums it up best, saying that “when you’re the right age to read Cleary’s books you’re likely at your most impressionable time in life as a reader. [Her books] both entertain children and give them courage and insight into what to expect from their lives.”

Cleary was a tour-de-force who will be dearly missed. The literary community will honor for decades to come – and her mark on children’s literature will never truly fade. It’s no doubt that future generations will still read and relate to Ramona Quimby, Henry Huggins, and Ralph S. Mouse, despite being born generations apart. The Beverly Cleary magic is simply timeless.