‘The Phantom’ Review: A Sad Tale of Death, Wrongful Justice System, and Guilt 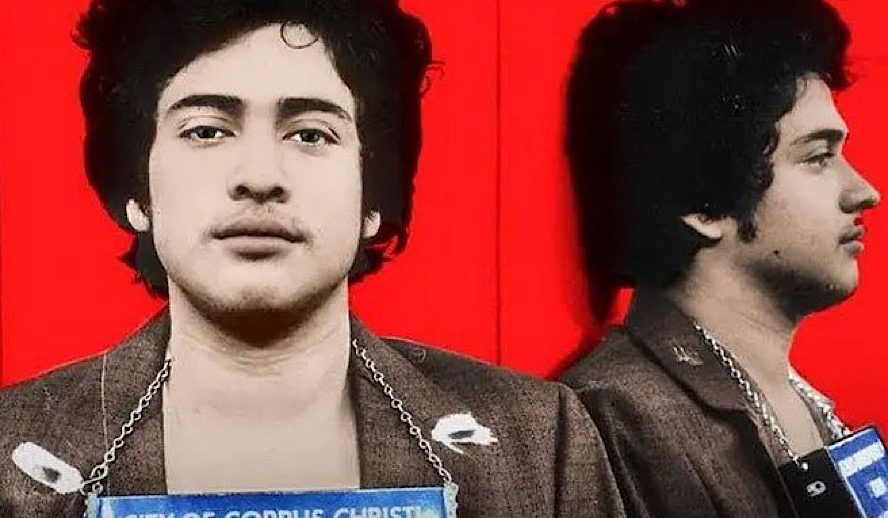 ‘The Phantom’ is a heart-wrenching tale of guilt, innocence, and wrongful convictions. Made by filmmaker Patrick Forbes as a documentary, it follows the life of Carlos DeLuna after he’s accused of murder. Forbes’s film dives into ripple effects that happen to DeLuna and his friends and family. He’s villainized in the media and made out to be a monster, much to the anger of his family. DeLuna had served time in jail long before the murder he was accused of, but it was for nonviolent crimes. As the film progresses, holes are poked on either side of the law, leaving the audience to wonder who was really guilty.

‘The Phantom’ – The Shock Factor

Like many other true-crime films, ‘The Phantom’ combines fiction and nonfiction to craft its own narrative. Forbes has an agenda like any other director, to prove that DeLuna was wrongfully accused of murder. To do this, he utilizes a variety of techniques, just like any fiction director would. One of the biggest ways he does this is by using the actual audio from Wanda Lopez’s death. The call is haunting and is played multiple times throughout the film for emphasis. To be fair, it makes sense why the police would want to put someone away as fast as possible after hearing it. Though, that doesn’t excuse the job they did and the mistakes they made while handling DeLuna’s case.

In fact, the title of this movie is a quote from an officer, something that fits the story as the film goes on. For context, DeLuna had implicated a man named Carlos Hernandez but officers couldn’t find someone who matched the description that DeLuna gave them. The officer decided that Hernandez was merely “a phantom” of DeLuna’s imagination and they eventually gave up on finding the other man. The film has quite a few moments that create an uneasy and unsettling feeling for the audience, including a lot of re-enactments. Paired with testimonies from a variety of people, some people were directly involved with DeLuna and others had only heard of him, this movie delivers a punch.

It’s impactful to see how much DeLuna made an effect on other people, specifically a news reporter who once disliked him but grew to support him and his case. The cutting between the interviews and events that happened is nerve-wracking, because with each interview we grow to care for DeLuna more even though we know what his fate is. Both a meaningful story of how rigged the system is and a powerful persuasion against the death penalty, ‘The Phantom’ is a must-watch.

Unfortunately, the United States is well-known for wrongful convictions, especially since many garner a lot of media attention. Take the case of The Central Park Five for example, or Kirk Bloodsworth, but the list goes on and on. In a 2018 study done by Charles Loeffler, he estimated that around 6% of prisoners in every state have been wrongfully convicted. The United States is also known for overpopulation in prisons, cramming people into cells like sardines. To make matters worse, they’re also known for treating prisoners badly, much more than other countries. Even though the United States is a melting pot of people, the actions we’ve done in the past have shaped how people view us.

Although it’s natural that mistakes happen, mistakes shouldn’t be happening this frequently. Especially in 2020, there were many cases of racial bias coming into play. A lot of police were let off with a slap on the wrist, when their actions caused people to lose their lives, or an eye, or some other bodily harm. The issue is even bigger when there are obvious things stacked against one side. An example of this would be to put a person-of-color on trial and have none of the jury or the judge be a person-of-color as well. That’s an unfair trial waiting to happen, especially because many people have racial biases whether they know it or not. These little things can be the difference between life or death for many people, so it should be taken more seriously.

With a case like this one, there was a lot of public pressure to catch the killer. It’s happened before, in famous cases like Son of Sam or the Night Stalker, except this criminal wasn’t a serial killer. However, the closeness and immediate danger it presented to the community around the gas station raised alarm, causing the police to latch to anything they could. Especially in the American justice system, people of color are often accused of crimes based on their race more than anything. POC, specifically Black people, are more likely to be wrongfully convicted than white people. In DeLuna’s case, he fit the perfect bill for a scapegoat.

DeLuna was a Hispanic man with a criminal record and served as the perfect criminal. He was found near the crime scene, hiding under a car, shirtless, and with almost $150 dollars in cash in his pockets. At first, he fought back against the police before switching to declaring his innocence with a weak alibi. After that, he switched once more and blamed it on Carlos Hernandez, but at this point, his credibility had been destroyed. As stated earlier, the police search for Hernandez but find nothing, and DeLuna is charged with the murder.

As the film progresses, more and more inconsistencies pop up that should clear DeLuna. Still, the media pressure is enough for the judge and police to deem DeLuna guilty and he’s sentenced to death. He dies by lethal injection in the late 1980s. DeLuna’s story is devastating but unfortunately not rare. There’s an overwhelming amount of criminals that are forced into too-small living conditions, and many are treated inhumanely. To make matters worse, a lot of those people are also innocent and serving time for crimes they didn’t commit, or serving extra time because they’re POC and many judges and juries are biased based on race. With people like that playing judge, jury, and executioner, how can one hope to make it out alive? Or at the very least, make it out unscathed?

‘The Phantom’ was released on July 2nd.