The Holidays Come A Little Early With ‘The Christmas Dance’, A Film Whose True Gift Is Its Heart 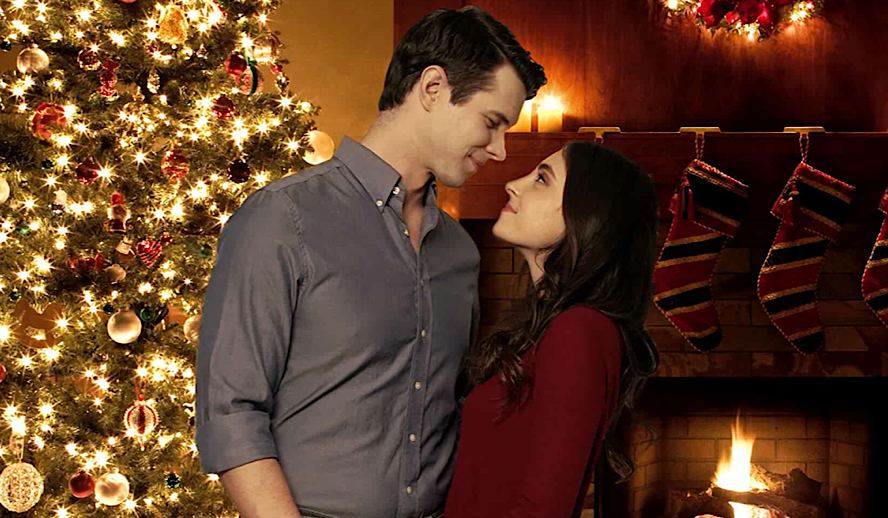 Director Michael Arcell will have you wanting to celebrate Christmas five months sooner than you’re supposed to with his small, quaint, and wholesome film. ‘The Christmas Dance’ perfectly captures the Holiday spirit with a simple narrative of joy and family, putting its audience in the mood to hug old acquaintances and give gifts to strangers. Its uplifting tone is nourishing to the soul, and reminds you of the beautiful side of life and humanity; a gift that living grants us that’s often easy to take for granted. But despite Arcell’s noble intentions with the movie, there were still areas of improvement for ‘The Christmas Dance’ that were left unexplored, which is a shame because it could’ve really helped elevate the quality to match its message.

A Good Message With Decent Execution

‘The Christmas Dance’ follows Sarah, played by Kristen Vaganos, a hotshot magazine writer and workaholic that, due to childhood trauma, treats Christmas like the holiday is a personal offense. While everyone connected to her, from her coworkers to her family, is already experiencing the joys that come with the season, Sarah seems immune to the effects of the Holiday, and is only concerned with getting her work done. Unfortunately, her new manager, Mr. Davenport, is probably feeling the cheers better than anyone and insists his star columnist’s next couple of articles revolve around the Holidays and family, two topics that Sarah doesn’t feel inspired enough to tackle. This all changes when, ironically, a small tragedy strikes her family, and she’s forced to retreat to her small hometown for the Holidays to comfort her family in their time of emotional need.

But Mr. Davenport sees the blessing in this familial disaster, and he has a feeling that Sarah will find the inspiration she’s searching for hidden somewhere in her hometown, if that inspiration doesn’t find her first. With her manager’s support, Sarah reunites with her mother and father, Mary and Sherman played by Katherine Kelly Lang and Richard Karn respectively, while also reconnecting with old small-town acquaintances in Carson Nicely’s Jason and Briana White’s Kate. Once there, Sarah’s slowly relieved from the pressures of work, relaxing into her hometown’s mellow environment and rediscovering the true forgotten meaning of the Holiday season.

‘The Christmas Dance’ is incredibly thin on plot, almost skeletal, preferring to flesh out its main characters instead of its story. It also very much operates as a slice of life kind of film, where we’re tagging along with Sarah as she spends time with her family and the townspeople, catching up on new stories while reminiscing about old times. But ‘The Christmas Dance’ isn’t all peace and love, and there’s a bit of trouble stirring beneath the movie’s facade that constantly threatens to spill over to the surface. Sarah is still suffering a bit from her childhood trauma that’s tainted Christmas forever in her eyes, and her old childhood friend, Kate, implies in not so subtle ways that she’s less than happy with Sarah being back home.

There’s a small spark between Sarah and Jason that neither of them is sure is actually there, but there’s also Kate between them as well, who clearly wants Jason’s gift-wrapped under her Christmas tree. Although the setup for Kate and Sarah’s tension is cliché and predictable, the source of Kate’s animosity towards Sarah has much more depth to it than you’d think. But it’s a depth that ‘The Christmas Dance’ isn’t interested in sinking into, as it’s determined to keep things lighthearted and funny all the way up until it reaches its destination that you see coming a mile away. You get the feeling that ‘The Christmas Dance’ makes a conscious effort to make its narrative as simple as possible so there’s no chance that the plot distracts its viewer from its message.

‘The Christmas Dance’ Is A Movie Of Good Faith

Religion is everywhere in ‘The Christmas Dance’, and is a huge reason for the film’s endearing charm. It demonstrates religion’s power to inspire and motivate, to heal and unite, especially during the Christmas season where religious fervor is at the peak of its force. There are plenty of characters that act as advocates for the movie’s religious motives. Sarah’s father is a pastor who’s made it his duty to help and serve his neighbors whenever they’re in need, and this is partly due to his unyielding faith in the higher power above. Jason also acts as a voice for religious strength, and at one point it’s as if he stops the movie altogether to remind the audience of the importance of Christmas, and its significant ties to Christianity. But even though a lot of its message is specific to Christianity, the languages of harmony and faith that it uses are universal, and anyone can find value in the contents of its package regardless of religion or belief.

Kristen Vaganos Is A Star To Look Out For

Vaganos truly deserves top billing for her role in ‘The Christmas Dance’. She gives all the tangible, charming qualities that the script asks from its performer, and sometimes seems to go above and beyond what the material asks of her. She also seemed a bit more committed to the role than her co-workers, which was a surprise considering that she’s collaborating with actors who have considerably more experience than her. Yet, due to a combination of Vaganos’ skill and the way the character is written, Vaganos’ Sarah does come off as more believable and natural than the rest of her cast. It’s Vaganos and her character that really drive the narrative since, apart from her, the other characters don’t have a lot of meat to them. Unfortunately, the only other character that might’ve been worth following around was Kate.

Kate is a very much flawed character, but those flaws are welcomed in a town where almost everyone besides Sarah feels one-dimensional and a bit too squeaky clean. Kate is one of the only characters that have a bit of dirt on them, not just in personality, but in the very real and understandable issues, she has with Sarah. Not to make my own movie, but there was a compelling character arc for Kate somewhere in the movie that might’ve raised the film’s quality if Arcell found enough time to delve into it. I almost wish ‘The Christmas Dance’ was split into two narratives, one from Sarah’s perspective and one from Kate’s, as it would’ve given Vaganos’ character a worthy dance partner to tango with in the narrative.

As it stands, ‘The Christmas Dance’ is a fine movie for fans of Holiday specials you’d run into on the Hallmark channel. If you need something easy to follow, that’s incredibly light on drama, and whose only intention is to keep a smile on your face, this is a film that was made for you. But if you’re into the type of film that has even the slightest bit of depth that’s packed with drama, plot, and all the other metrics most people use to measure a film’s quality, you might be better off skipping this dance.