Sebastian Stan: Star Of Indie Films, Marvel Blockbusters, And Everything In Between | The Winner’s Journey 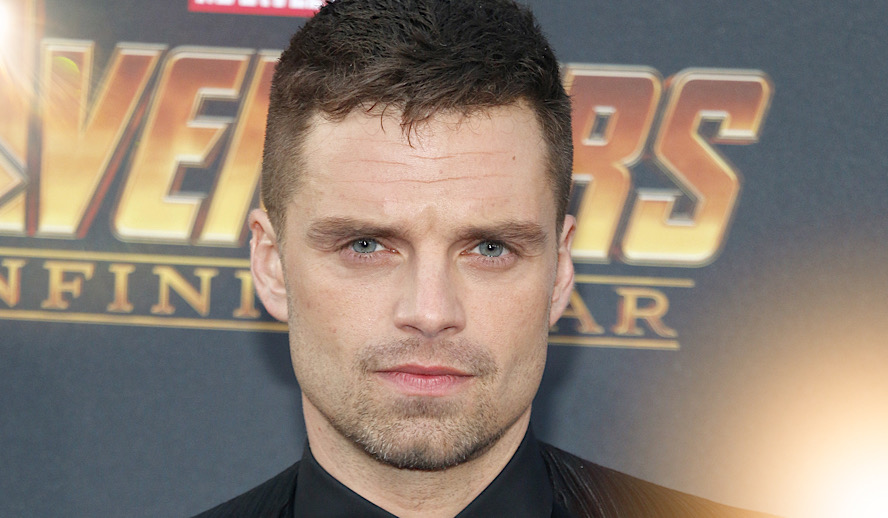 In his 18 years in show business, Sebastian Stan has done it all. He has portrayed real-life figures, athletes, socialites, detectives, a fairy tale character, and an iconic comic book character. In turn, he has become one of the internet’s favorite actors and is going from being the sidekick or side character to becoming a leading man and anchoring his own films and shows.

Sebastian Stan got his start on television the same way many actors have: a guest spot on ‘Law & Order’ playing a teenage sniper being prosecuted for killing four people. His second television role is also the one where many people first heard of him when he played Carter Baizen on ‘Gossip Girl’, a fellow New York socialite who stirs up some trouble for Serena and the rest of the Upper East Siders. While he did not appear in the first episode and was only in a handful of episodes, it is obvious that he looks back on that time fondly as evident by his video from 2020 of him watching the ‘Gossip Girl’ pilot upon the anniversary of its premiere.

Another one of his roles where he did not appear for long but made an impression on the show was the ABC fairytale drama ‘Once Upon a Time’ where he appeared throughout the first and second season as Jefferson (more commonly known as The Mad Hatter from ‘Alice in Wonderland’). While his Marvel commitments prevented him from appearing on the show more frequently, Stan seemed to enjoy his time on the show, telling Zap2it, “One of the things those guys did so well — out of the many things — is they just reinvented all of those characters in a new way. They reintroduced them to a whole new generation. The Mad Hatter was never like that in just the cartoon.”

His biggest awards nomination to date came from his role in the miniseries ‘Political Animals’ for which he received a Critics Choice Television Award nomination for Best Supporting Actor in a Movie/Miniseries in 2013 alongside co-star Sigourney Weaver. When asked about what he learned from his time working with Weaver, Stan told Elle, “I was literally watching ‘Alien’ in my trailer on my iPad. Sigourney told me how she’s always been very particular with her choice of projects, and how it’s really up to you to put your foot down about the kind of work you want to do. She filmed all of these science fiction movies and could have just kept doing that. Instead, she did some theater, ‘Working Girl’, ‘Gorillas in the Mist’…”

Sebastian Stan has found great success in independent films, having had roles in 19 different independent films. He had small roles in notable films such as ‘The Education of Charlie Banks’, ‘Rachel Getting Married’ and ‘Black Swan’. Stan had some larger supporting roles in films like ‘The Bronze’, ‘Ricki and the Flash’ and ‘The Devil All the Time’.

One of his most prominent roles in independent films has been as Jeff Gilooly, Tonya Harding’s ex-husband, in the biopic ‘I, Tonya’. When talking to IndieWire about preparing for playing this real-life figure, Stan said, “He had a specific way he sounded, he looked a certain way, there were questions I had as to how does someone end up possibly doing something like that, what leads to that behavior? I just love that stuff, I love when I get excited about kind of like being a detective, and then I have to go back and piece things together and find out.”

Independent films have also given Sebastian Stan the biggest starring role of his career so far, anchoring the Greece-based dark romance ‘Monday’. When discussing what drew him to this darker romance movie with Uproxx, Stan said, “Because it was trying to be honest, and it wasn’t trying to sugar coat anything. It was just giving it you straight, and in a way, it’s very much that nobody likes Monday, but we’re all going to end up waking up in Monday at some point, so you know, you can’t pretend that it doesn’t exist.

And you can only run away from it for so long before you crash into the wall, and I think the idea of relationships — particularly now, as I feel that technology continues to get in the way of how we connect, more and more — begs for us to continue to sort-of explore relationships in a truer sense. Let’s not cater constantly to how sometimes, people want to watch a movie about how great things can be. We should also just be mindful of the things that happen sometimes in relationships and how messy they are and how unpredictable they can be. They can start out one way and often surprise you in good ways but also in bad ways.”

One could very easily argue that the role Sebastian Stan is best known for is one he has been playing on screen in the Marvel Cinematic Universe for 10 years now: James Buchanan “Bucky” Barnes, better known as The Winter Soldier. He has appeared in all three ‘Captain America’ films and the final two ‘Avengers’ films along with cameos and credit scene appearances in ‘Ant-Man’ and ‘Black Panther’. This year he got the opportunity to co-lead one of the first television shows for Marvel alongside Anthony Mackie as the Falcon in the Disney

Plus show ‘The Falcon and the Winter Soldier’. The show broke the Disney+ viewing record for the premiere of a television show on their platform and is said to have led to the development of a fourth ‘Captain America’ film.

When asked by GQ about his future in the Marvel Universe and the possibility of Bucky’s death, Stan said “Of course. Look, whenever you’re involved in a Marvel project, whatever year, film or show, it’s always the same process: whatever country you are in, even with Covid, there are two people who show up with a sealed brown envelope. They sit there and hand you this thing and it feels like Pulp Fiction or something… You sit there and open a file and there’s a script and then you’re like, ‘Oh, God. I hope I make it to the end!’ And every time you think, ‘This is gonna be it…’ And, so far, those experiences have felt like Christmas morning. But when it’s time, it’s time, you know?”

When his time with the Marvel Universe does come to a close, that will certainly not be the end of everything for this talented actor (just look at his transformation for his upcoming Hulu show about Tommy Lee and Pamela Anderson). While Sebastian Stan may have been around for a while already, he is just getting started showing us the full range of his talent.