‘Monsters At Work’: Disney’s New Series Gives Its Audience a Peek Behind the Company Curtain 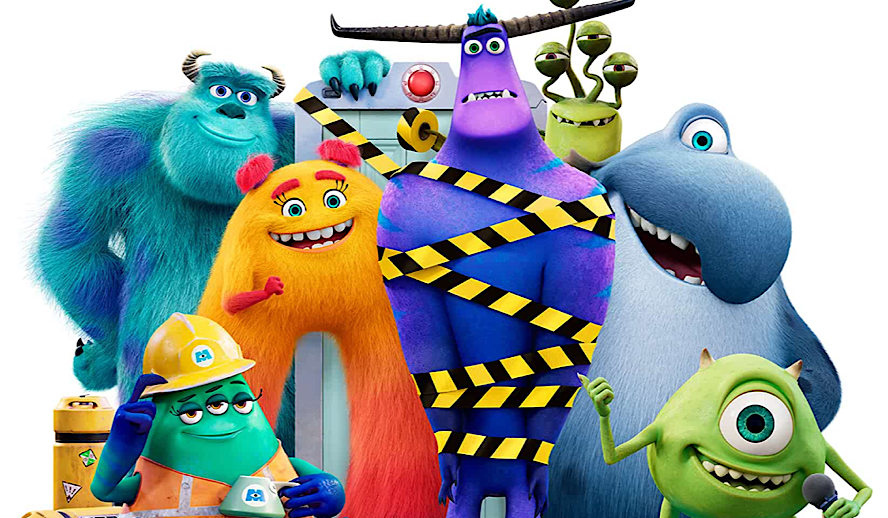 The 2001 animated film ‘Monsters, Inc.’ is a classic. With a refreshingly fun story and great characters to boot, there’s a reason why it’s a favorite of many Pixar fans. I mean, who doesn’t find Boo adorable? I personally love the movie and it’s one of Pixar’s many gems (and you can thank Pete Doctor for that). What always intrigued me was the ending of the film, where it raises a question that I never really thought we would see the answer to: What if, instead of scaring kids for energy, you could make them laugh?

That’s where ‘Monsters at Work’ picks up from, with our favorite characters dealing with the aftermath of the events from ‘Monsters, Inc.’. After seeing the first 2 episodes, “Welcome to Monsters, Incorporated” and “Meet Mift”, I can safely say that this show is a perfect fit for fans of the franchise. It has humor and it has heart, and even some more of our favorite monsters, Mike and Sulley! While it doesn’t reach the emotional heights of ‘Monsters, Inc.’ or ‘Monsters University’, it doesn’t really seem to be aiming to, instead choosing to focus on the fun cast of characters and their interactions as they try to keep the company afloat.

Taking place right after the first movie, ‘Monsters at Work’ focuses on college graduate Tylor Tuskmon as he gets accepted as a Scarer over at the energy company Monsters, Inc. Once he gets there, he learns that the company has transitioned to making children laugh for energy rather than scaring them, thus putting him out of the job. He swiftly gets accepted as part of MIFT (the Monsters Inc. Facilities Team), a ragtag team of misfits who are in charge of making sure that everything on the scare floor, sorry, laugh floor runs smoothly. Tylor is obviously less than thrilled about this, starting as a top scare graduate from Monsters University (scoring even higher than Sulley, according to his scare professor) and rookie Scarer to ending up at a bottom-of-the-totem-pole job working in maintenance. But he hopes to one day work his way up and become a Jokester for the company. As Sulley reassures him at the end of the first episode, “Mike and I, we worked our way up from the mailroom. So anything’s possible.”

Speaking of Mike and Sulley, ‘Monsters at Work’ has them returning for the show’s B-plot. After Henry J. Waternoose III, was arrested after the events of the original film, the two monsters have been left in charge of Monsters, Inc. and now must do their best to keep the lights on. The transition from scare power to laugh power is a challenge, but one they will learn to handle together, as business partners and best friends.

A New and Old Cast of Monsters

As a continuation of the ‘Monsters, Inc.’ franchise, there’s a lot of familiar faces that return. Mike Wazowski and James “Sulley” Sullivan are back and it truly feels like they never left. John Goodman and Billy Crystal fit right back into the roles they’re used to playing by now as the gentle giant Sulley and his energetic screwball partner Mike, and their chemistry is utterly natural at this point. Along with Mike and Sulley, we see the return of Mike’s girlfriend Celia Mae, the Yeti, and everyone’s favorite receptionist, Roz! All are voiced by their original voice actors from the first movie.

Despite all of the old characters returning, ‘Monsters at Work’ is a place for the newcomers to shine. Tylor (voiced by Ben Feldman) is our protagonist, as a monster who excels at scaring but absolutely bombs in the comedy department. His eagerness to make it onto the laugh floor makes him very likeable, and a fun character to follow. Another welcome newcomer to the ‘Monsters’ world is Mindy Kaling, who voices Val Little, Tylor’s self-proclaimed best friend. She’s bubbly, energetic and a monster with a lot of personality, someone that Kaling fits the role of perfectly, and someone who brings a lot of humor and heart to the show.

Rounding out the rest of the MIFT squad, we have the eccentric team leader Fritz (Henry Winkler), the sneaky and scheming Duncan (Lucas Neff), the no-nonsense worker Cutter (Alanna Ubach), and the nonverbal team mascot of MIFT, Winchester (affectionately nicknamed “Banana Bread”). All these characters have their own quirks and personalities that make them all enjoyable to watch, and hard to pick a favorite out of the bunch. These MIFT members are the basis of the show and are good additions to a great cast.

A Cool Concept Elevated by a Strong Cast

The series itself is honestly really fun. I had high hopes for the success of the show due to Pixar’s incredible catalog of films, and I wanted to see this success carry over to television as well. With ‘Monsters at Work’, it works, and the dynamics of this cast blends really well. The whole MIFT crew is full of wacky monsters and clashing personalities; They really do feel like a misfit bunch you want to root for. They’re similar to ‘Monster University’s Oozma Kappa, except they aren’t really underestimated and are actually seen as valued members of the company. It’s nice to see the show not fall into obvious cliches and instead just try to have a good time behind the scenes of Monsters, Inc. Mike and Sulley are a main part of the show, but they never overshadow the newcomers and it never feels like it’s only their show. This show is about Tylor and his crew, and it’s better for it.

Gannaway has related Tylor’s struggle with the new change as something the audience will understand due to the shakeups and changes we’ve all had to face due to the COVID-19 pandemic, and I couldn’t agree more. Seeing how the company will adapt and survive under Mike and Sulley is something I never thought I would be too interested in seeing, but I like it. It’s like during the late 1920s when movies had begun adding sound, and actors had to adapt by learning to both act and make their voices sound good on screen at the same time. It’s a major shift to the status quo in the ‘Monsters’ world, and I’m looking forward to seeing where it goes from here.

‘Monsters at Work’ is lots of fun that takes both old and new characters and uses them in a new way. As a fan of both the ‘Monsters’ films and Pixar in general, it’s great to see Mike and Sulley again and it’ll be cool to see how the show explores them, now that their story is on television rather than a 1-2 hour-long movie. The new characters are a welcome treat, especially Tylor and Val, and the voice actors do a great job as expected from a Pixar production. While the humor might not hit as hard as the films and it hasn’t yet gone as emotionally deep, there’s a lot of heart in this show, and it’s definitely worth a watch for any loyal Disney or Pixar fan, or any parent looking for something they’ll enjoy with their kids.

The first 2 episodes of ‘Monsters at Work’ are available now on Disney+, with new episodes out every Wednesday.