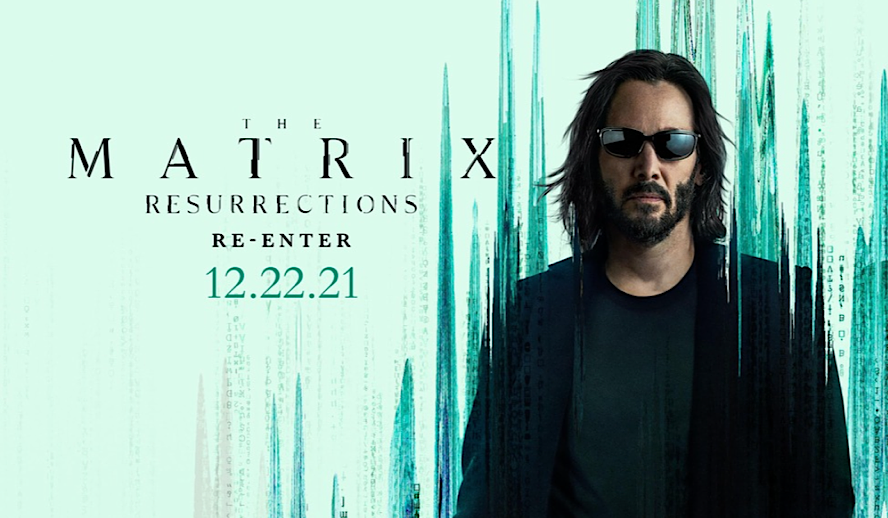 Cinema exists for a simple reason: It’s an art form. When people watch movies, they do it to immerse themselves in stories and characters, and to feel things they might not otherwise be able to feel. It doesn’t matter if it’s to feel happy, sad, scared, excited, or any other number of emotions movies are capable of conveying to those that watch them, as long as a movie makes you feel what it’s trying to make you feel, it’s doing its job. But lately, Hollywood has been keen on taking things to the next level. In just the past few years, a surprising number of movies have been coming out that feature stories that lean hard into meta territory.

Instead of just presenting audiences with simple narrative stories, certain movies have been going for a more “clever”, at times self-aware angle in which they call attention to the existence of their own characters. It might be a film about a video game character who knows they’re in a video game, or a cartoon character who cracks wise about the way they’ve been drawn, but regardless of the setup, it’s hard not to have noticed the recent trend of movies featuring scenarios allowing for pop-culture cameos and deconstructing mediums. Examples of what I’m talking about include ‘Ralph Breaks the Internet’, ‘Space Jam: A New Legacy’, ‘Free Guy’, and even ‘The Matrix: Resurrections’.

From the looks of the trailer, ‘Chip n’ Dale: Rescue Rangers’ aims to be the latest of such a trend. While maybe not tonally identical, these films all feature narratives that defy traditional stories in favor of presenting characters aware of their fictional nature. Such concepts are often played for laughs, as it can be difficult to take a story about a self-aware cartoon or a video game character seriously. Another perk with these meta stories is the ability to get away with references or cameos more straightforward films wouldn’t be able to. However, is this really a good thing? Should more films like these be encouraged?

While the movies that I’ve listed (as well as a few other miscellaneous ones) have completely different stories, they do have certain comparable elements that stand out. The story of ‘Space Jam: A New Legacy’ revolved around Warner Bros. itself owning an entire virtual universe consisting of all of its IPs. ‘Free Guy’ is about an NPC from a popular online game becoming self-aware before getting wrapped up in a conflict involving the game’s corrupt lead developer.

‘Ralph Breaks the Internet’ is about a pair of video game characters discovering the Internet, with characters from past Disney movies eventually getting involved. The pattern involving fictional characters from a franchise-within-a-movie becomes quickly apparent when reading the synopsis to each of these movies. And while ‘The Matrix: Resurrections’ takes a somewhat different, more serious approach, its metafictional nature still makes it comparable to the aforementioned films.

Is This Fad Good or Bad?

Just like every other subjective matter, it’s up for debate on whether or not this rising trend of Hollywood films with metafictional themes is a good thing or a bad thing. Everyone will have their own viewpoints on the matter, so I won’t be going too deep into my own personal thoughts and biases, but I will share what I’ve observed from other people’s reactions. One thing I’ve noticed is that when these movies are done poorly, they’re lambasted. As previously stated, a number of meta films have stories that allow them to make countless pop culture references.

‘Ralph Breaks the Internet’ and ‘Space Jam: A New Legacy’, as previously stated, have settings that try to justify the amount of Disney and Warner Bros. characters shown, and while the abundance of cameos present in both films are largely played for laughs, many people haven’t taken too kindly to this creative decision, viewing it as cynical, corporate ego-stroking. Another downside to this is that it can lead to films aging horribly. Instead of being remembered for the important things like unique characters and story, they’re remembered for shoving in as many references and cameos as they possibly can. What do people remember more from ‘Space Jam: A New Legacy’, the story involving Lebron James and his son, or the titular characters from ‘Rick and Morty’ showing up for a few seconds?

On a more positive note, there’s a lot of potential in meta-stories when they aren’t consisting of reference-heavy humor. ‘The Matrix: Resurrections’ may have had a mixed reception, but there were indeed people who appreciated what it was going for; not just the premise involving Neo believing the previous ‘Matrix’ movies were merely games he developed, but the entire movie being a metaphor for the director coming out as trans. If used for more than comedy, it’s entirely possible for metafictional films to be really clever and thought-provoking. This isn’t to say such movies shouldn’t aim to be comedic in any way, as there are endless ideas that could be used for fun. But good Cinema comes from good ideas, meaningful themes, and strong writing. Instead of using metafictional concepts to shove in as many pop culture references as possible, they could be used to explore new perspectives you couldn’t get with a traditional narrative. It’s important that films should be able to age well, and even if the story concerns a self-aware cartoon or video game character, such a thing is still entirely possible.

What the Future Could Hold

Whether we like it or not, there’s a decent chance we’ll be seeing metafictional films for at least a few more years. Until then, there’s no true way of knowing how long it’ll be before the trend fades out. Personally, as long as films like these live up to their potential and offer something more than just cheap humor, I won’t complain. There’s no shortage of creative ideas and possibilities for meta stories that could make for really interesting movies, and if Hollywood executives consider this trend successful, we could eventually see something truly great.

It’s too early to tell how good ‘Chip n’ Dale: Rescue Rangers’ will end up being, but I couldn’t help but notice that both the poster’s tagline and a joke from the recently-dropped teaser place a certain emphasis on franchise reboots. If the movie itself manages to deliver some insightful commentary on the matter of unnecessary revivals of classic IPs instead of leaning too hard into pop culture reference territory, it’ll be a step in the right direction.