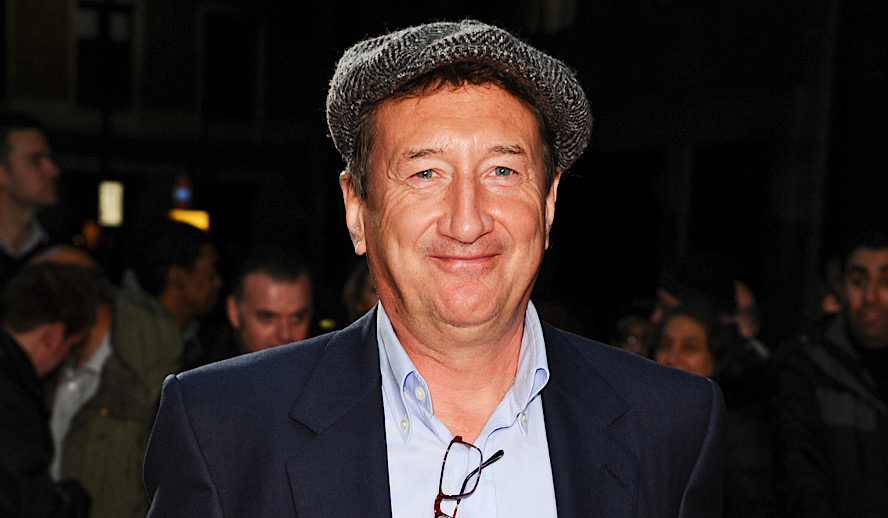 The  biographical drama ‘Spencer’ is a jarring glimpse into the tumultuous personal life of Princess Diana. The film premiered at the 78th Annual Venice Film Festival on September 3rd and its theatrical release was on November 5th. It has received positive feedback from critics along with a Best Actress Oscar nomination for Kristen Stewart for playing Princess Diana.

USA Today said, “Stewart has been hailed by critics as “impeccable” and “inspired” for her transformative performance as a luminous Lady Di, tracing three agonizing days in the reluctant royal’s life.” The other person to watch for is Steven Knight, responsible for the original screenplay. Knight has had a successful career prior to this, including the sensational series ‘Peaky Blinders’ which wrapped season 6 filming in June. He already has a Best Writing, Original Screenplay Oscar Nomination under his belt for his 2004 film ‘Dirty Pretty Things’.

Who is the Writer, Director, and Producer?

Knight began his career directing the crime-comedy television show ‘The Detectives’ in 1993. He has since directed several more projects including 2013 ‘Locke’ starring Tom Hardy, 2013’s crime drama ‘Redemption’ with Jason Statham, and the 2019 thriller ‘Serenity’ starring Anne Hathaway and Matthew McConaughey. In addition, he has worked as a producer on several projects, including ‘Spencer’. His greatest specialty though is in screenwriting; crafting combinations of genres into quickly-paced films filled with excitement, tension, and lighthearted beats of humor. His work is all over the map, ranging anywhere from romance to thriller to comedy, but usually mixing elements of all three in films like ‘Locked Down’ a 2021 rom-com crime film about a couple robbing a department store during the Covid pandemic. ‘Eastern Promises’ features Naomi Watts and Viggo Mortensen in another Action/ Thriller (are you surprised?) about a teenager who dies during childbirth but leaves clues in her diary linking her child to a rape by a violent Russian mob family. Personally, my favorite of his work is ‘Peaky Blinders’, and it has more in common with ‘Spencer’ than one might initially think.

Knight was the seventh child in his family and was born in a small village in Wiltshire, England. His father George was a blacksmith, but three months after Steven was born the country’s blacksmith’s business started to fail. The family moved back to where George was raised: Small Heath in south-east Birmingham. If you’ve seen the BBC show, then this town might ring a bell.

According to Royal Television Society, George began working with his brothers in local car factories until he started to shoe horses again in riding stables and scrap merchants’ yards. Knight recalled, “It was full of the last remnants of what Birmingham used to be: stolen stuff, scrap, all kinds of things. It was like an Aladdin’s cave. As my dad shoed the horses, I’d hear them talking. There was Charlie Strong, who I’ve used in the series, and Curly, who was my great, great uncle. Very, very funny people. It was that flavor of the last of the old Birmingham that I tried to put into Peaky.”

The Peaky Blinders are actually named after an actual street gang. However, the real family was called the Sheldons, not Shelby like in the show. The timeline is also a bit off, as the real-life gang existed in the 1890s prior to World War I, while the show follows the brothers after returning home from the war in 1920. George Knight knew these real men to be his uncles. Steven drew his initial inspiration for the show off of a story from his father: when George was young he was sent to deliver a message and entered a room with eight smartly dressed gangsters sitting around a table covered with money at a time when no one had anything. “​​They were all drinking beer out of jam jars because these men wouldn’t spend money on glasses or cups. Just that image – smoke, booze, and these immaculately dressed men in this slum in Birmingham – I thought, that’s the mythology, that’s the story, and that’s the first image I started to work with,” said Knight to History Extra.

Steven took his father’s stories and the real-life inspiration from gangsters running the town and created an elaborate work of historical fiction that combines film noir, thriller, action, romance, and crime. The actual Peaky Blinders gang was not as successful as the Shelby’s, but they do have several core similarities between them. Most notably the young working-class men with a disregard for the law and chic fashion sense. According to the Smithsonian Magazine, “These youths, hardened by the economic deprivation rampant in industrial England, created what Historic U.K.’s Jessica Brain deems a “violent, criminal and organized” subculture.” The show flips the narrative that working-class people are objects of pity and instead builds upon the local legends of the men and women, not unlike Western films with American ranchers. It utilizes urban legends and takes them from ruffians to anti-heroes.

‘Spencer’ is not a work that directly follows history with both Knight and director Pablo Larraín taking some creative liberty. The film takes place over a long weekend during the Christmas holidays. The royal family has gone to the Sandringham estate in Norfolk, England, and Diana is coming to terms with ending her marriage to Prince Charles. During this time, Diana is increasingly paranoid and her loneliness and depression boil over. According to Deadline, the film was originally a biopic but switched gears with Knight’s writing.

He said, “I had a strong belief we didn’t want to do a biopic. The cleanest way to get into a person is to put them in a pressure cooker… we’ve all been with family we don’t want to be with at Christmas.” Knight explores Diana’s internal struggles, with bulimia, anxiety, and her husband’s affair. The Hollywood Reporter writes, “Knight’s script certainly doesn’t lack compassion for the tragic figure at the center of the maelstrom. But the writer and director also make a lot of gutsy choices that put her at a distance — as Diana herself describes it in the film, like an insect under a microscope with its wings being tweezed off.”