An Open Letter to Khloe Kardashian – From Her Fans 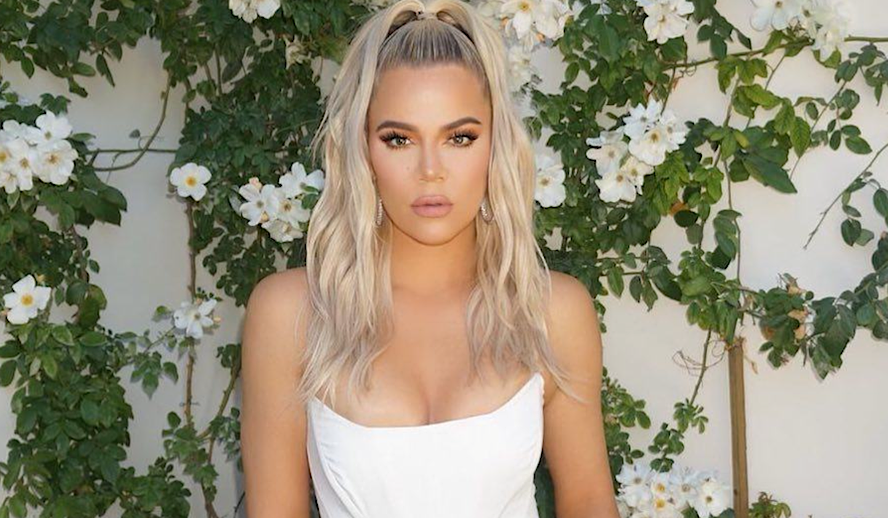 In the past week, there’s been some internet drama surrounding a picture that was posted without your permission. The picture in question shows you in a swimsuit by the pool looking natural and gorgeous. It was honestly a refreshing change from the way that we see you normally: highly edited and unattainably perfect. However, you were upset because the photo apparently does not show you in a flattering light. You attempted to get the photo removed from the internet (a near-impossible request these days), which stirred up even more controversy.

I want to divert for a minute here to talk about Barbra Streisand. In 2003, Streisand found herself in a very similar situation when the California Coastal Records Project took a photo of the singer’s residence during an attempt to document California coastal erosion. In the process of trying to get the photo removed, Streisand drew more attention to it, leading to the unintended consequence of having the image be highly publicized. It even has its own Wikipedia page now.

Here’s the thing, Khloe, this situation has a name, the Streisand Effect. You’re not the first one to experience it, and you probably won’t be the last. But, unfortunately, it would’ve been cool if you had learned from Streisand’s mistakes and recognized that as soon as you tell the internet they can’t have something, they want it even more than they normally would. I don’t know if this was an issue with your PR team or something, but you should have understood that by trying to get the photo removed, you would only draw more attention to it. In my opinion, you should’ve just let it blow over, but I suppose it’s too late to go back now.

So let’s talk about your whole public response to the incident because I think you made some valid points. First of all, however, I just want to say that you don’t need a reason to remove this photo. At the end of the day, it’s a picture of you and you are allowed to not want it on the internet for any reason that you decide. But, I do think that your response was problematic in that it made the photo about something entirely different than the situation at hand.

The situation at hand was clear – that you didn’t like the photo, that was it. For whatever reason, you wanted it gone. The message you posted on Instagram a few days after the photo was released stated this directly, but it also blamed the public for the mistreatment of your body, which I feel is unfair. You discussed how people are always comparing you to your sisters, how people are constantly drawing attention to your body or face, and how you are, to put it simply, sick of it. I understand that, I really do. It must be such a burden to have your body put on display for the entire world constantly. I can’t even begin to imagine what that kind of attention would do to your sense of self, and it’s one of the reasons I would never actively seek fame for myself. But, here’s the thing, it kind of comes with the territory, especially the Kardashian territory.

See, you and your sisters have made a name for yourselves based on these outrageous body standards that you hold yourselves to. I mean, Kim’s cover on Paper magazine with the champagne glass, or even the constant swimsuit pictures that you post on Instagram. Your body, at the end of the day, is your brand. It’s how you market yourself. And that’s not a criticism, to clarify, it’s just facts. But here’s the thing, your body is also well…your body. It’s the vessel you have to live in every single day and look at every single day and take care of every single day. And, by nature of this, it is not perfect. Your body is not a company with a social media team to support its perfect image 24/7 (and, hey, even companies with teams like this mess up on occasion too), so it’s alright for images where you aren’t completely Photoshopped to exist.

As a Kardashian follower, it’s refreshing to see this photo. It’s a reminder that even the most-toned, most-meticulously made-up celebrities are real people too. I think that, ultimately, the leak of this photo is a good thing for you! See, when you post things like your Instagram response in which you say you’re sick of being ridiculed, but then all of your pictures are professionally edited so that you look more like a plastic doll than a real person, it’s hard to take you seriously. It’s much easier to relate to someone who looks like a human being, and it’s much easier to tear someone who seems fake down.

The people commenting on your body and weight see you as shallow. They think that that’s the way to get to you because you put so much emphasis on your appearance and body. And, by requesting this photo be removed, you showed that this type of internet trolling does get to you. You’ve just given them all the more reason to tear you apart.

The Bottom Line: You Are a Real Person

I think the photo is beautiful and shows you as a real, normal person, which is what you are! You deserve to feel confident enough in yourself to handle an unedited photo being leaked. In fact, the leak garnered YOU a lot of support from your fan base because it shows you in a moment of imperfection. Your fanbase likes that. They like to see you as the person you genuinely are because they support you! It reminds us, and the internet trolls, that you’re not untouchable, which is a good thing.

Ultimately, you’re allowed to be unhappy with the picture. You are within every right to want it off the internet for good. But, here’s the thing, due to the Streisand effect, this picture will be available forever on the internet. I mean, I found it within a minute on Google. I hope that you can use this as an opportunity for positivity surrounding body image instead of pitying yourself for looking unedited in a random picture. You are beautiful, but you are also a real person who doesn’t always take photos in the most flattering light.

This was a good reminder to everyone that you are not untouchable, even though you may look it in all your previous Instagram posts, you are a real human being with flaws, like everyone else, mind you. I hope that you learn to accept the positives this photo brought you, and, honestly, that you choose to show more of yourself and your vulnerability to the world. Because, at the end of the day, your openness with the public is what catalyzed your rise to fame, not some photoshopped pictures of your body.

We care about you Koko.