Confusing Movies You Have To Look Up To Understand – ‘I Don’t Know, Google It’ 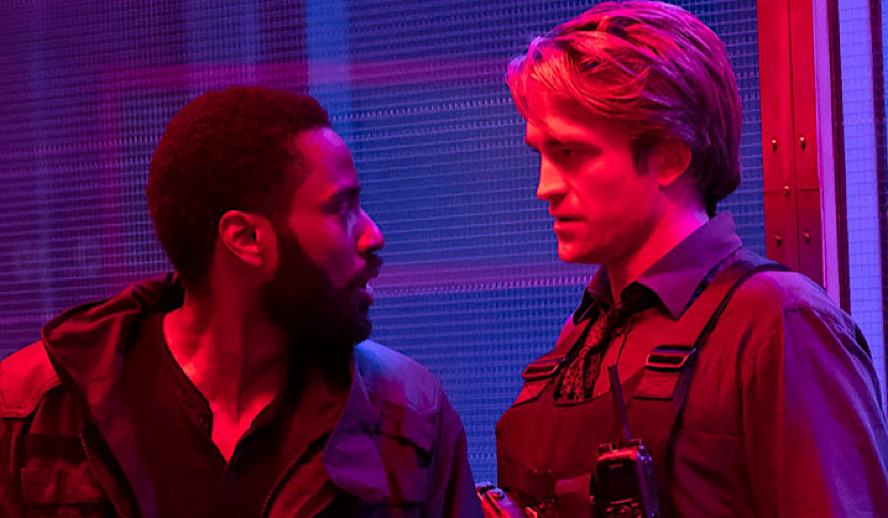 Ah, the internet. It’s there for us in the most troubling of times; like, for example, when we’re confused about a movie we just watched. The phenomenon of ‘Googling’ movies, though, poses some interesting aesthetic, philosophical questions: Does it make a movie more or less meaningful if one has to look it up on the internet to understand it? What is it that makes a movie confusing? Is the project of interpretation, in general, a futile one? That is, does the act of interpretation itself degrade or enhance the meaning of a work of art?

I would describe a movie that is incomprehensible as one that has a fundamentally faulty internal logic. For this reason, such a film is incomprehensible even for its creator. This variety of incomprehensible movie is a victim of its poor design. This sort of film purports to establish a world with certain rules, but then breaks those rules without any reason or explanation. It contradicts itself either unknowingly or without any possible justification. Again, ill-designed.

This is altogether different from movies that are incomprehensible insofar as the audience is not familiar with or does not have access to certain external material(s). But here, “incomprehensible” does not exactly mean incomprehensible. Rather, it means that there is some meaning that the film has beyond that which is immediately apparent. A meaning that is inaccessible without access to something external to the presented narrative.

Then, there are movies that are simply confusing. This could be due to a convoluted plot with many twists and turns. It could be due to the subtlety with which things are implied. There are many movies that are so densely packed with little hints and clues and cryptic lines that it will simply take multiple viewings to pick up on everything. Of course, the confusingness of some films is due to the opaqueness or transparency inherent to the subject matter or themes explored in the film.

Christopher Nolan movies tend to be a bit confusing. But that’s because he wants them to be confusing. Moreover, many Nolan films deal with inherently difficult, cerebral topics. ‘Inception’ has to do with dreams and dreams within dreams. Of course, it’s confusing! ‘Tenet’ has to do with time. ‘Memento’ is all about a guy who can’t create new memories. In each of these cases, the subject matter is inherently confusing, and therefore, so is the movie.

The Nolan ‘Batman’ movies (starring Christian Bale) are much less confusing than many of his other films. Part of the reason for this is that they aren’t about time or dreams or science. It’s also because we are all already familiar with the general Batman story and what a superhero is. This brings us to our next topic–movies that rely on outside material.

Related article: ‘I’m Thinking of Ending Things’ Review: Unparalleled Kaufman Paradigm on the Portrait of Aging and the Corkscrew of Time

Charlie Kaufman’s most recent film, ‘I’m Thinking Of Ending Things’, is (as one would expect of a Kaufman movie) totally wild. Though on one hand, it’s a movie about a strained, failing relationship, it also deals with some pretty trippy, cerebral things–non-linear time, in particular. It also has a very strange ending. If you Googled the movie after watching it, you know that the film is actually based on a book and that the whole story really occurs inside the head of one of the characters. But if you didn’t pick up on this while watching the movie, does it really matter?

To me, upon rewatching the film–yes, there are certain little hints in the movie that suggest it’s occurring in one of the characters’ heads. But the first time I watched it, I had no idea. Obviously, many things in the movie take on an entirely new meaning when you know this. But I think what is up for debate is if the movie, without reference to this external source, can have its own meaning. Personally, I think it can and it does. I think there are layers of meaning that can be excavated depending on whether one is enjoying it without knowledge of or reference to the external source or whether one does know about the book it’s based on and the secrets that this reveals.

Related to this discussion is an essay by the highly regarded writer, Susan Sontag — ‘Against Interpretation’. Sontag argues that interpretation (of art) is made into a game of translation whereby one simply bypasses and disregards the sensory experience and tries to determine, “what does this mean?” or “what does this represent?” or “what was the artist thinking about when she created this?”

Sontag’s contention is that in searching for some deeper meaning than is apparent, rather than appreciating the work itself, we exchange art, beauty, and sensuous experience for intellectual games that redirect the focus to some project of psychoanalysis or cultural analysis or something other than the art itself. However, this does not mean art cannot be analyzed. It simply means that the foregoing method of interpretation really strips art of true value. Instead of focusing on content, Sontag suggests we instead focus on the analysis of form (although ultimately, she insists, the dichotomy of content vs. form is actually illusory).

By focusing more on form, we are more likely to achieve a descriptive, rather than prescriptive, analysis. In doing this, Sontag posits that we might be able to sharpen our sensory faculties that have become dull and blunted by the excesses of our culture and by the over-intellectualization of art that has been present since Plato’s theory of mimesis. But her point here is not that any type of analysis or careful examination of art is useless or damaging, but that analysis should serve to bring the focus of our attention back to the art itself and how it is presented, rather than an analysis whose premise is that of replacing the apparent content with some other content.

In hyper-focusing on content, Sontag argues, we actually obscure the real value of the art. If we can take a step back, and appreciate the art in itself, the real value will become apparent. Rather than adding layers to something that is already beautiful, Sontag suggests an emphasis on transparency, or “experiencing the luminousness of the thing in itself, of things being what they are”. So, in this way, we must not avoid analyzing a work of art per se, but rather, we must learn how to properly appreciate and analyze the art itself.

Are you confused yet? Good.