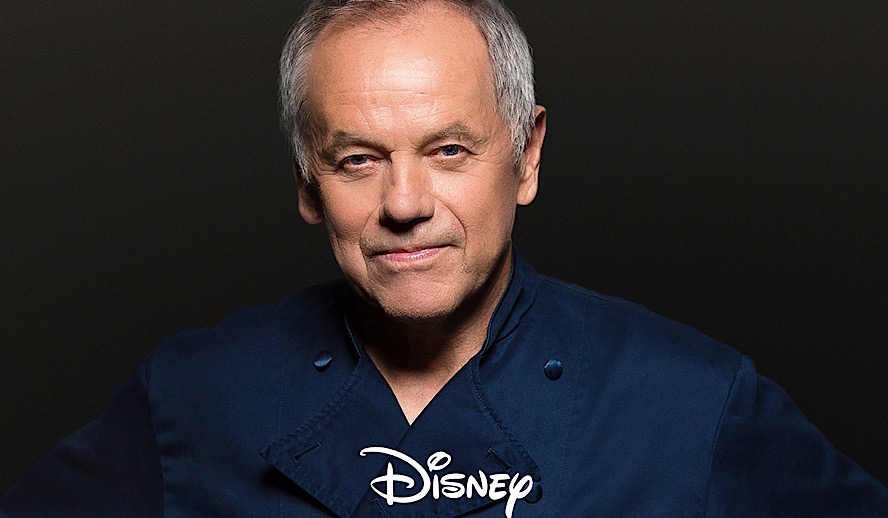 Anyone who has ever been to any of Wolfgang Puck’s restaurants knows how special of a dining experience the celebrity chef has curated with his talent and years of experience. Now, a new documentary on Disney +, ‘Wolfgang’ explores the man behind the chic restaurants, casual but elegant cafes, TV appearances, and frozen pizza and food brands. It’s an eye-opener for sure, before watching I had no idea the monumental impact Puck has had on America’s conception of the “celebrity chef.”

Painting him as the founder and the innovator of such a concept and persona, director David Gelb’s film is also a bit unintentionally perhaps, about the cultural shift in American restaurant dining that took place in the 80s and 90s. Despite never really being deeply affecting, it’s definitely something to watch to get your appetite going and an educational, if somewhat guarded, an exploration into one man’s version of the American dream and how he made it a reality.

Wolfgang Puck was born on July 8, 1949 in Sankit Veit an der Glan, Austria. He was an illegitimate child, and his stepfather was verbally and physically abusive, making young Wolfgang want more than anything to escape. He worked in several hotels as a young apprentice before going to Paris to study and work, eventually ending up at Baumanière in Provence under the guidance of Raymond Thuilier. He moved to Los Angeles in 1973 and started working at Ma Maison, transforming it into one of the most coveted lunch spots in the city. He eventually opened Spago in 1982 and since then has transformed what is known as Californian Cuisine. His personality, talent, and energetic but sophisticated atmospheres have, according to one admirer, “changed the way we eat in this country.”

He Will Never Be Satisfied

Puck states in the film that he doesn’t like thinking about the past because it reminds him that there isn’t much time left. The harsh reality of that statement struck me, especially since he says it in the first few minutes of the film, a film that will explore his life, which is essentially his past. But more importantly, it clearly establishes him as someone who will never be satisfied, who is hungry for life (pardon the pun). This is a theme throughout the film, perhaps the only clear throughline. Coming from a very poor household and being on the receiving end of physical abuse and discouraging words, it’s no surprise that he took proving his stepfather wrong to a new extreme. His ambition lead to business ventures he would’ve never dreamed of, however, his marriage crumbles because he admittedly didn’t spend enough time with the family.

But aside from business ventures and domestic problems, his inability to be satisfied is an inseparable part of him. He wouldn’t be who he was today if he had accepted the frozen produce he was meant to cook with at Ma Maison. His insistence on fresh ingredients and his trips to go get it transformed the restaurant. He might have never left Austria if he didn’t go back to the Park Hotel the day after he was fired as a potato peeler at age 14. The film seems to be saying that his determination is the most important thing about him.

Each person who has that determination, who has an insatiable need, a “no endgame” as it’s described in the film, must decide when if every to draw the line. Wolfgang Puck has seemed to have found a good balance at an older age, but stories like his are both encouraging and disheartening for anyone who has such a passionate drive. Unfortunately for ‘Wolfgang’ the disheartening aspect, that he never spent enough time with his kids, he and his wife and business partner divorced, and he essentially abandoned his mother sister and grandmother, is given about five minutes of attention.

More successful than its exploration into passion and determination is the way it hits home that Hollywood, the city, and celebrity, the concept, are interchangeable. Wolfgang could have gone anywhere in the U.S., and maybe if he had gone somewhere else there would be no such thing as the Food Network. The film cites him as being single-handedly responsible for changing America’s perception of what a chef is.

He even recalls a funny story from the pre-Puck revolution 70s when he was abandoned on the dance floor after telling a girl he was dancing with that he was a chef. Spago was flooded with celebrities every night who met the chef and talked about the chef the way they hadn’t in the past because he was right there, in his unique open kitchen and going to tables and saying hello. It was Michael Ovitz of CAA, a regular attendee at Spago, who came up with the thought that Puck should be on TV, circumstances unique only to Los Angeles.

‘Wolfgang’ is also blunt in admitting how strong the pull of celebrity/Hollywood was in Puck’s 80s and 90s years. One Spago hostess recalls that she used to read the Hollywood Reporter and seat people according to how popular they were that week. Ovitz admits that after Puck’s first appearance on Good Morning America, the team at CAA made everyone in the building call the network and “inquire” about who that lovely chef was and how great his recipes were. Importantly, however, Puck’s personality shines through, as it always has, and it is clear that although he might like the attention, his passion for food is always first.

The film has some great footage of 1970s Paris and Los Angeles that feels so personal it’s hard to tell if it’s real or recreated. For the documentary, Wolfgang visits his sister in Austria where they talk about their childhood. The shots of Sankit Veit an der Glan are breathtaking, particularly a church where his family members are buried. The film spends a little too much time having Wolfgang narrate his personal history and shoot out inspirational messages on voiceover while standing on the beach or walking through the Austrian forest. Instead, a more balanced mix of footage of him at work or unabridged stories from family members about how his workaholic attitude affected them would have done some good. The reenactments of his childhood struggles are a bit out of place as well.

For anyone curious about the life of one of the most recognizable faces in cooking, ‘Wolfgang’ is sure to deliver and make you hungry. Stream it on Disney + today.