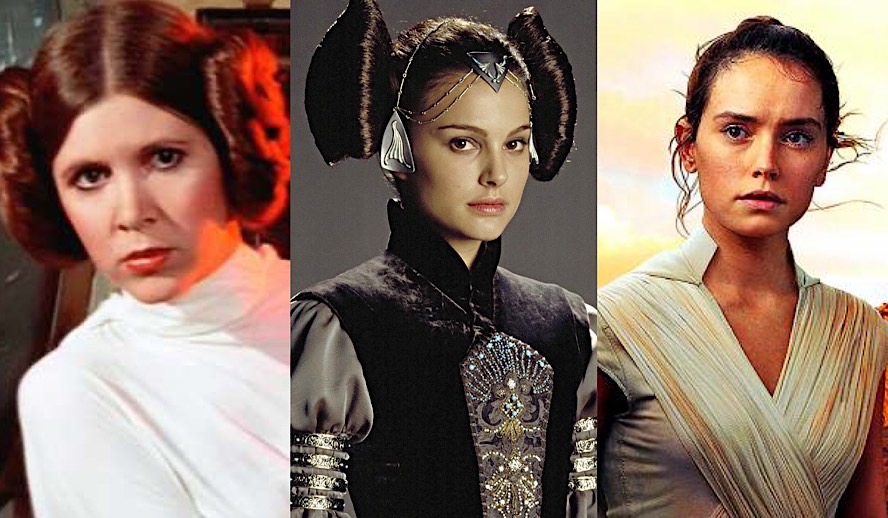 Since the beginning, Star Wars has consistently dazzled fans of all ages, but now, with a new female lead, just how consistent is her role compared to the 70s? Rey may have helped bring balance to the Force, but she, unfortunately, is far from bringing balance to the wide gender gap in the critically acclaimed Star Wars saga. The role of women has come far since 1977, with the first main female protagonist, Rey, in Star Wars: The Force Awakens, however, roles aren’t everything. Who has the most screentime in each movie? There are many fantastic characters introduced throughout the series, but out of these characters, who does the most talking? When a woman becomes the lead character in a series where men have mainly taken center stage, how will things have changed since the beginning of it all?

The Series Begins, and Princess Leia is an Instant Fan-Favorite, but How Much Screentime Does She Really Get, Compared to the Men?

When the series started in 1977, Leia Organa was the only female lead in the entire first trilogy. As a total (not including the new reboot series) she gets, roughly, 57 minutes of screen time. Not bad, but it most certainly pales in contrast to someone like Han Solo or Luke Skywalker’s screentime (60 minutes and 106 minutes, respectively). The real difference, though, isn’t in how long a character is on screen, but in how many words they say.

You can also watch or listen to this article as a video or podcast by clicking on links below!

Watch the video version of this article!

We’ve Got A Female Lead, but Does She Really Get the Same Amount of Talk-Time As a Male Lead?

Rey is our main protagonist throughout the reboot series, and Poe and Finn have also made consistent reappearances, so we’ll focus on those three. In the first two movies of the reboot series, (The Force Awakens, and The Last Jedi), Rey gets 75 minutes of screentime, Finn gets about 49 minutes, and Poe gets roughly 21 minutes. This is pretty balanced, considering the importance of each character to the plot and storyline. However, the true tell-tale is in the words.

In The Force Awakens, Rey says 1,051 words. By the end of The Last Jedi, she’s said 1,916 total. She’s got Leia beat, but doesn’t come anywhere close to Luke or Han’s word count by their second movie (3,128 words for Luke and 3,322 words for Han). Poe says only 627 words in the first reboot, but more than makes up for it in the second installment with 1,068 words, making for a final count of 1,695 words so far. A side character with 54 less minutes of screentime from the main character says 644 more words than her. If that isn’t enough, Finn blows them both out of the water with 1,417 words in just the first movie and a total of 2,264 words by the second one. He has 26 fewer minutes of screentime than Rey. A movie series with a female as its lead character still has men doing most of the talking.

With All the Changes in the Film Industry, How Much Progress Has Actually Been Made?

There have been countless changes and progressions in the film industry in the past 43 years since the very first Star Wars came out, and we have been able to witness a fantastic world unfold before our eyes. We’ve gotten to see epic battles in space, with fancy flying and fast-paced lightsaber battles. Effects and presentation is leaps and bounds above what it was, and it makes the viewing experience even more immersive. However, despite all of the improvements since then, there is still the need to overcome stereotypes and unequal representation in all types of media.

Equality for women has been a long and hard battle that still isn’t over. Many people think that the gender gap is gone, but it’s not. This data just goes to show how much, yet at the same time, how little progress we’ve made in over 40 years of cinematic development. Just because an obstacle is less daunting, doesn’t mean it’s been overcome. Gender inequality is still there, and it needs to be seen.

CALL TO ACTION: The best way to start removing the block of unequal representation and unfair stereotypes in media is to first raise awareness about it. If no one knows about the problem, no one can fix it. Tell more people about this glaring problem that still plagues the big screen in 2020. It’s the start of a new decade, and we need to hit it off by eliminating an issue that has been present for over a century. Everyone deserves to be represented on the silver screen, no matter their race, gender, or sexual orientation. These people exist in the world, and entertainment still needs to catch up with that.

– ‘Star Wars: The Rise of Skywalker’: Let’s Find The Silver Lining And Positivity Amidst The Utter Disappointment & Betrayal That Fans Feel