A Tribute to Dick Van Dyke: The Ultimate Legendary Performer 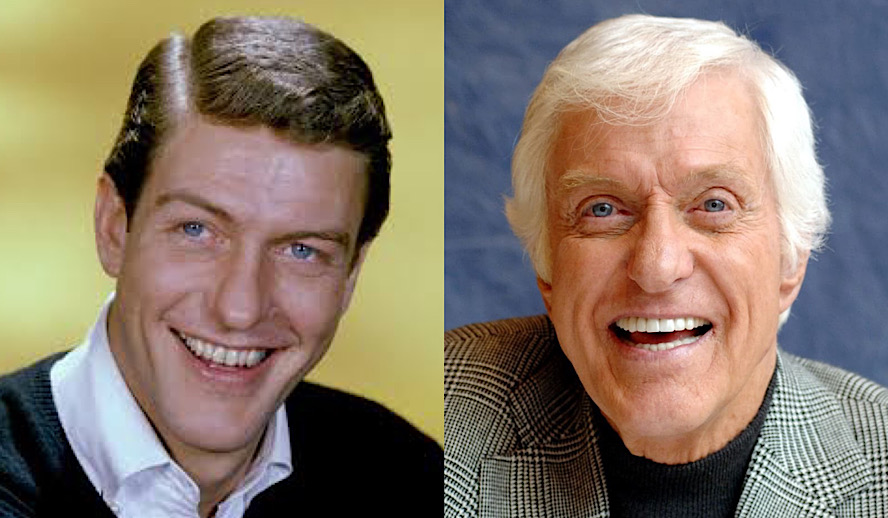 There are plenty of triple threats in the show business industry; many people are able to sing, dance, and act. Many of those people are very good, but then there are some who transcend the rest and become an even greater entity. Dick Van Dyke is one of those individuals, having become a living legend in his over 80-year-long career. From comedy to drama and singing and dancing, Van Dyke has done it all and risen to the top of all of them.

The Comedy Of Dick Van Dyke

Of all the things Dick Van Dyke is best known for, comedy is definitely one of the top spots on the list. His start came from being a part of a radio comedy duo “The Merry Mutes” which led to his first television gig on a sketch comedy show by the same name. About 10 years later, ‘The Dick Van Dyke Show’ premiered which solidified Van Dyke as a comedy force and won him three Emmy Awards and the show itself winning four Emmys for Outstanding Comedy Series.

In an interview on the podcast ‘Bullseye with Jesse Thorn’, Van Dyke said part of why ‘The Dick Van Dyke Show’ worked so well was because show creator Carl Reiner essentially just let them play themselves. He said, “[Reiner] let me, literally, play myself. He was great at listening to your cadence, your—the way you spoke—and wrote it that way. So, all you had to do was say the lines. He did that with every actor. It was amazing!”

He also got to work with many great comedy talents, from Mary Tyler Moore on ‘The Dick Van Dyke Show’ to Carol Burnett on ‘The Carol Burnett Show’ where he was a series regular during its 11th season. He left after 10 episodes, however, because, as Burnett said in her memoir, “Unfortunately, a lot of the sketches that were written didn’t highlight Dick’s unique talents. The writers were still writing for Harvey [Korman, who Van Dyke was replacing], not Dick. After a few weeks, he was unhappy with the situation and asked to leave the show. I didn’t blame him in the least, and his last show with us was around Thanksgiving.”

Dick Van Dyke has shaped how comedies are still done today, with current shows consulting him on how he created the magic of his show and comedy. ‘WandaVision’ director Mark Shankman talked with him when putting together the 1950s episode. In an interview with D23, Shankman said, “I was very curious how they maintained control over tone, because that show is timeless and it resonates just as much today as it did when it first aired. I wanted to know how they created a comedy that lasted that long. And his answer was very simple.

He said, ‘If it couldn’t happen in real life, it wouldn’t happen on the show…’ it was ripped from the family headlines. That grounded it and allowed for there to be wild and crazy comedy, because it was always built on something that really happened in people’s family lives. That was really important. Dick Van Dyke is magical. His physical comedy is amazing. But it’s like, ‘How do you make room for wonderful physical comedy without making it feel too broad?’ I think that was the solution.”

Dick Van Dyke also did his fair share of dramatic roles in his career. One film in particular reunited him with ‘The Dick Van Dyke Show’ creator Carl Reiner: ‘The Comic’. The film followed a silent movie-era comedian struggling with alcoholism, drug use, depression and egoism and drew some inspiration from Van Dyke’s heroes Stan Laurel and Charlie Chaplin. One of his roles with the starkest contrast from the rest of his filmography is in the film ‘Dick Tracy’, where he played a villainous DA as opposed to his usual hero-oriented roles.

One of his most dramatic roles was also one of his most personal ones: Charles Lester in the television movie ‘The Morning After’. The character was an alcoholic businessman and was when Van Dyke decided to make it public information that he is a recovering alcoholic. He said in an interview in 2013 with The Telegraph, “I was an alcoholic for about 25 years. In the Fifties and Sixties, everybody had their martini, everybody smoked incessantly. The funny thing is that all through my twenties and early thirties I didn’t drink at all. Then we moved to a neighbourhood full of young families with the same age kids and everyone drank heavily, there were big parties every night. I would go to work with terrible hangovers which if you’re dancing is really hard… I had suicidal feelings, it was just terrible. But then suddenly, like a blessing, the drink started not to taste good. I would feel a little dizzy and a little nauseous and I wasn’t getting the click. Today I wouldn’t want a drink for anything.”

The television film is still shown in treatment centers today, with Van Dyke saying, “They show it at a lot of the rehab centers, because the guy doesn’t make it. We got in quite a bit of trouble with the National Council on Alcoholism. They wanted it to have a happy ending and we let him die. And it’s had a really positive effect on a lot of people in rehab.”

When one thinks of Dick Van Dyke, I can almost guarantee that one of the first roles that comes to mind is Bert in ‘Mary Poppins’. While he has been lambasted for his attempt at a cockney accent in the film for over 50 years, the numbers he performed in that movie are some of the finest in film history (and most impressive).

When talking about the magic of ‘Mary Poppins’ on ‘Bullseye with Jesse Thorn’, Van Dyke said, “We all felt it. Almost every day, there was something magical happening. The songs the Sherman brothers wrote and the Mark and Dee Dee Wood who did the choreography- everything just had life to it. I’d been in movies where the producer comes in in the morning and says, ‘Oh, the dailies were great.’ And you know they weren’t. But we just all felt that something really magical was happening. We couldn’t wait to come to work. Even though it was hard! Some of the dances nearly killed me at that time. But I just- we all knew. It just was gonna be a good movie.”

‘Mary Poppins’ was certainly not his first musical role though. His breakthrough came when he was in the original Broadway production and film adaptation of ‘Bye Bye Birdie’ as Albert J. Peterson, the agent for music sensation Conrad Birdie. There was one point where the role would not have made any kind of dent in Van Dyke’s ability to breakthrough in show business until there was a slight change in the script and score. As Van Dyke told Larry King in a CNN interview, “[The composers] brought [“Put On a Happy Face”] down that morning. They had written overnight. It was not for me. It was for Chita Rivera to sing, not for me. And Gower Champion said: ‘Look, the ginny kid has got nothing to do in the first act. Why don’t you let him have it?’ That’s it. And that probably changed my life right there.”

The Living Legend Isn’t Done Yet

Dick Van Dyke might be 95, but he has no plans to slow down any time soon. He says he has no plans to retire from acting, saying to Al Roker on ‘Today’ that, “I don’t think I’ll ever retire unless they make me. It’s too much fun and I have such a good life.” His most recent film appearance was in ‘Mary Poppins Returns’ as Mr. Dawes Jr., the son of the banker he played in the original ‘Mary Poppins’, showing that he is still as spry as ever.

He still works out, dances, and sings regularly and is even working on developing a one-man show for himself, telling The Washington Post, “I’ve got an hour and a half put together like a one-man show… Gregory Peck went out and did it and Cary Grant did it. Just sit in a chair to have a little footage to show and talk about their lives… I’ve got so much material.”

Dick Van Dyke was also a recipient of one of the 2021 Kennedy Center Honors for his extensive career. On receiving the Honor, Van Dyke told Al Roker, “This [Kennedy Center Honor], this is where you get your credentials. It’s such a small group of people and I’m so tickled to be in that group!”

There is no talent quite like Dick Van Dyke!