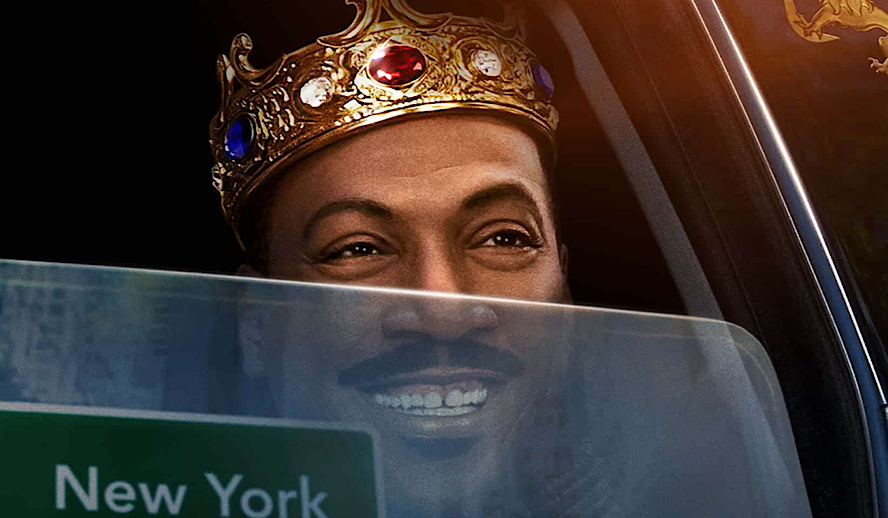 Comedians Eddie Murphy and Arsenio Hall are set to reprise their iconic roles and head back to Queens, New York, from the fictional land of Zamunda, in the upcoming sequel ‘Coming 2 America.’ The original film, ‘Coming to America,’ was released back in 1988 and grossed nearly $300 million at the worldwide box office. Its original cast included Eddie Murphy, Arsenio Hall (‘The Arsenio Hall Show’), James Earl Jones (‘Star Wars’ series, ‘The Lion King’), Shari Headley (‘On Becoming a God in Central Florida’), John Amos (‘Ballers,’ ‘The Ranch’), and was directed by John Landis (‘The Blues Brothers,’ ‘Trading Places’). The story followed a charismatic African prince named Akeem (Murphy), who travelled to New York City in order to escape his unwanted arranged marriage back home.

Arguably one of Murphy’s most memorable films—released during his comedic prime in the 1980s, an era that included hits for the comedian like ‘Beverly Hills Cop,’ ‘Trading Places,’ ‘48 Hours,’ ‘Golden Child,’ and his successful performances on ‘Saturday Night Live’—‘Coming to America’ was not only a box-office success but also received praise from critics and fans alike, and boasts a “Fresh” rating on Rotten Tomatoes. In anticipation of its scheduled release next year, here’s everything we know so far about the star-studded comedy sequel.

This past November, Amazon Studios confirmed its acquisition of ‘Coming 2 America’ from Paramount Pictures and set a release date for March 5, 2021, on Amazon Prime Video. Amazon Studios has high expectations for the Murphy-led film, stating: “Thanks to Eddie Murphy’s comedic genius along with the brilliant filmmakers, writers, and fabulous cast, we couldn’t be more excited to celebrate this new adventure. We know audiences around the world will fall in love with this hilarious, joyful movie that will surely become a timeless favorite.” (Via Variety)

It Will Feature Recurring and Exciting New Characters

The sequel is directed by Craig Brewer (who worked with Murphy on 2019’s ‘Dolemite Is My Name’), and will have Murphy and Hall reprise their roles as Akeem (who has since been upgraded to King Akeem) and his trusted companion Semmi. After learning of his long-lost son in the United States, Akeem travels back to New York from Africa in search of his son, accompanied by Semmi (Hall). Additional returning cast members include James Earl Jones (who plays Akeem’s father), Shari Headley, John Amos, and Louie Anderson (‘Baskets’). Notable new additions include Wesley Snipes (‘Blade’ series), Tracy Morgan (‘30 Rock,’ ‘Saturday Night Live’), Leslie Jones (‘Saturday Night Live,’ ‘Ghostbusters’), and Jermaine Fowler (‘Crashing’).

As shown in the sequel’s trailer, Murphy and Hall are set to play multiple roles in the film. In addition to King Akeem and his confidante Semmi, the actors are seen playing a couple of wisecracking barbers in a barbershop as well, featuring impressive hair and makeup that significantly differentiates them from their Zamunda characters (at one point it even shows the four characters interacting with each other, displaying the film’s premise of absurd comedy and hijinks). Although Murphy’s Clarence, the barbershop owner, and Hall’s Morris, a fellow barber, are reprised roles from the original film, this throwback to ‘Coming to America’ is sure to please fans of the series.

The Plot Centers Around Akeem’s Heir

Amazon’s official synopsis for the film states: “Set in the lush and royal country of Zamunda, newly-crowned King Akeem (Eddie Murphy) and his trusted confidante Semmi (Arsenio Hall) embark on an all-new hilarious adventure that has them traversing the globe from their great African nation to the borough of Queens, New York—where it all began.”

James Earl Jones (voice of Darth Vader from the ‘Star Wars’ franchise, and Mufasa from ‘The Lion King’) provides the sequel its plot. Fearing his son, Akeem, will have no male heir to inherit the throne, he tells him: “It appears you have a son—he must be found,” to which Akeem replies, “Prepare the royal jet—we’re going back to America!” (Via Deadline). The supposed son in America—a street-smart young man from Queens—is named Lavelle and is played by Jermaine Fowler, whose mother is played by Leslie Jones. It’s said Akeem and Semmi set off to America in order to honor the former king’s dying wish and mold his grandson into a respectable crown prince, just as Akeem himself once was.

Amazon Is Hoping for a Big Hit

Originally set for a theatrical release, Paramount Pictures ended up selling the sequel to Amazon Studios for the massive sum of $125 million. One of the film’s producers, Kevin Misher, expressed his excitement for the Amazon acquisition: “What could be better than a return to Zamunda? We are so excited for Amazon Studios to bring Eddie Murphy and ‘Coming 2 America’ to a worldwide audience where they can laugh again with characters they have loved for 30 years, and meet new ones that they will love for years to come.” (Via Variety)

In addition to the comedy sequel, Eddie Murphy is also set to star in ‘Triplets’ (a sequel to the Arnold Schwarzenegger and Danny DeVito classic, ‘Twins’) directed by Ivan Reitman, and ‘Beverly Hills Cop 4,’ directed by Adil El Arbi and Bilall Fallah, sometime in the future.