Support For Ukraine: Which Celebrities Have Done More Than Sing ‘Imagine’, And What You Can Do 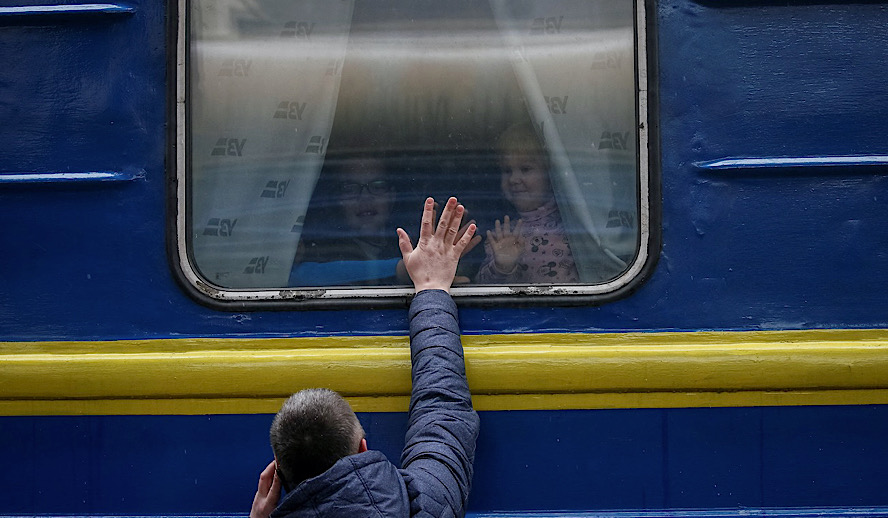 The Invasion of Ukraine

As Russian troops invade Ukraine, tensions between Russia and the rest of the world seem to be reaching a boiling point. By Russia, I mean primarily Vladimir Putin and those in his camp. As Hollywood Insider’s Thomas Jacobs rightly pointed out in a recent article, protests in Russia abound, and responsibility for the invasion lies almost entirely with the Kremlin.

Many Ukrainian citizens have taken to living in subways to shelter from the violence. Many others have evacuated their home country to take refuge in Ireland and Poland. The Ukrainian government has reported taking hundreds of Russian soldiers prisoner, only to discover that a huge number of them don’t know why they’re in Ukraine at all. This invasion portends a larger war between the UN and Russia if it isn’t countered effectively, and that understanding has spurred a massive outpouring of support for Ukraine.

Related article: Why Has Vladimir Putin Waged an Inhumane War on Ukraine?

What Does Tweeting Do?

It may seem trivial, given the gravity of the situation, to talk about the impact of tweets and care packages. Even Elon Musk’s shipment of Starlink terminals to Ukraine, a potentially huge advantage in communications, has been played down by experts to remind us that there is no easy solution, and this invasion will take a lot more effort to quell. In comparison to the Stinger and Javelin missiles being shipped over by NATO countries, a tweet or a call to action seems flimsy at best. Yet, to not speak out could be catastrophic.

The Russian government has relied on gaps in public consciousness before, most terribly in the operation of the Gulag. Under Stalin, about 18 million “political prisoners,” meaning anyone who appeared to oppose Stalin or had ties to someone who did, were sent to work in labor camps, where they were consigned to grueling labor, often until death. This political terror lasted thirty years without notice from the rest of the world. The Gulag Archipelago, Aleksandr Solzhenitsyn’s memoir recounting his time in the Gulag, wasn’t published until 1974, twenty years after the Gulag’s decline, and even then only in the West. State archives having to do with the system of camps were sealed until 1991.

Even today, the full scope of the Gulag is not common knowledge, and one wonders whether it could have been cut short or the damage lessened if the world knew exactly what was happening under Stalin’s dictatorship.

Public awareness has made a difference in political conflicts since. It is widely believed, for example, that social media presence catalyzed The Arab Spring, spreading the spirit of the Tunisian Revolution to nearby countries. The authoritarian regimes in place certainly recognized the power of the media, clamping down on it as hard as they could. Though many of the revolts failed to establish a better alternative to the regimes they revolted against, the fight for democratic governance continues in several North African and Middle Eastern nations.

In China today, the government has banned so many foreign media platforms that its media policies have been dubbed The Great Firewall of China. Despite the bans, news of protests across China has spread far and wide, and we are better off for it.

When a celebrity takes a stance on a political issue, they bring attention to it. Regardless of how their followers feel or whether they agree, it brings whatever the issue is to the foreground of their minds. In response to the situation in Ukraine, many celebrities and media outlets have taken to doing just that.

Sean Penn was on the ground in Ukraine filming a documentary he had already started before this most recent invasion, and recently evacuated to Poland alongside other refugees. Blake Lively and Ryan Reynolds matched $1 million in donations to the UNHCR, the UN’s refugee agency. Bethenny Frankel, through her BStrong Foundation, has sent over $10 million in survival/care kits to displaced Ukrainians, and has raised an additional $5 million in monetary donations. Names you recognize have been calling attention to the crisis: Angelina Jolie, Ashton Kutcher and Mila Kunis, Kendall Jenner, Regina Spektor, Neil Gaiman, probably just about any celebrity you follow. Ribbons and pendants of the Ukrainian flag have shown up on runways and red carpets.

Ukraine has made its way into acceptance speeches as well. At the NAACP Image Awards, upon acceptance of the President’s Award, Prince Harry and Meghan Markle offered a call to action to aid Ukraine. Benedict Cumberbatch was recently added to the Hollywood Walk of Fame, and at the ceremony, he too called onlookers to action. At the SAG Awards, Michael Keaton recognized fellow actor Volodymyr Zelenskky, Ukraine’s President, who had a career in acting before becoming President.

Prominent media outlets have made gestures to support Ukraine as well. This past week, SNL parted from its typical comedic-monologue opening to host the Ukrainian Chorus Dumka of New York, who performed “Prayer for Ukraine.” Even the creative team behind “The Simpsons,” typically restrained from overtly political imagery, shared an officially commissioned image of the Simpson family holding Ukrainian flags.

Meanwhile, matching the UN’s economic sanctions, cultural entities have taken to placing cultural sanctions in the form of bans. Eurovision has banned Russia from participation this year, as have the European Film Awards and Cannes Film Festival. FIFA has banned Russia from the World Cup, and EA has removed Russian teams from its FIFA 22 game. Hollywood’s five major studios–Warner Bros., Sony, Disney, Paramount, and Universal–have paused movie releases in Russia indefinitely.

Though largely symbolic, these bans affect things that matter to people in their daily lives. If a kid playing FIFA didn’t already understand the significance of the Kremlin’s actions, a change in their video game could bring the message home. If Russian Eurovision fans were previously on the fence about Putin, perhaps seeing most of the world’s attitude toward his breaches of international law could sway them. At the very least, it’s a way to present an opposing opinion through the wall of propaganda that makes up a majority of Russia’s news cycle, and from voices of cultural institutions that aren’t painted as Putin’s villains therein, like world leaders are.

What You Can Do

Hollywood Insider’s CEO, Pritan Ambroase, delivered a statement in support of Ukraine and promoting peacemaking and humanity. I support the ideals of his statement. We ought to do what we can to prevent further tragedy. This invasion may very well lead to a larger war, and it begs the question of what’s worth fighting for. Ukrainian soldiers have already demonstrated incredible courage in the fight against Russia, sacrificing even their lives for continued sovereignty over their homeland. We ought to take any measures available to honor their sacrifices, help Ukrainians in need, and maintain what peace we can.

The New York Times recently suggested four vetted aid organizations that you can donate to today: Direct Relief, Mercy Corps, International Medical Corps, and Save the Children. You can follow those links to learn more about them and donate. Beyond that, continue to speak up and be witnesses to what is happening. Support businesses that are supporting Ukraine. Be attentive. Be humane.