Thirty-three Seasons And Counting, America’s Oldest Family, ‘The Simpsons’ Is Back! 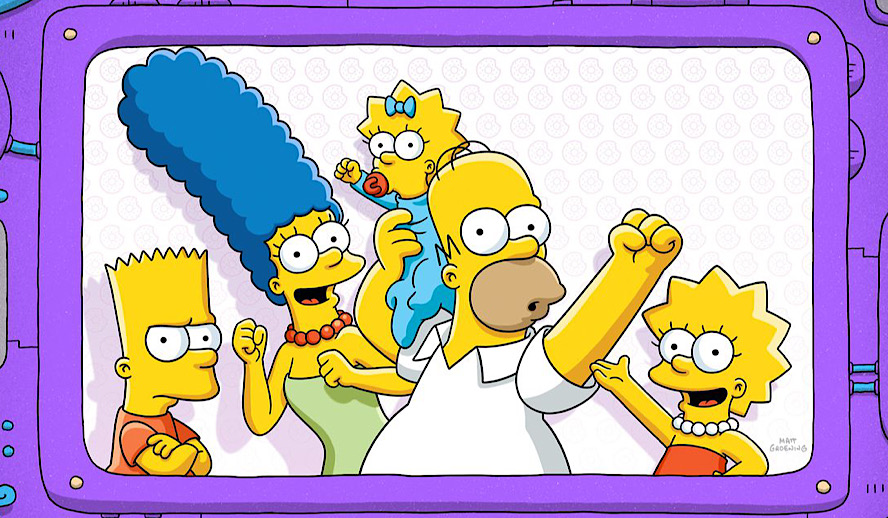 The name Homer Simpson is as recognizable as calling out for Queen Elizabeth, or just any royal family member for that matter. Homer’s character has been unforgettable since its birth on American television in 1989. His yellow big-bellied body, balding head, and lovable-idiot persona grant a sense of nostalgia to the public. ‘The Simpsons’ have notoriously become an American symbol, it is not only Homer’s character that people often recognize but the whole Simpsons family.

Maybe the fact that the audience seems unable to forget them is because, in some way, they might feel like they can relate. When I was growing up, an older cousin of mine really wanted to be like Bart Simpson. For some reason, my cousin identified heavily with Bart’s troublemaker tendency and his ‘Dennis The Menace’ vibe. I later learned that he was not the only ten-year-old hoping to skateboard around town, creating chaos without consequences.

The cultural influence ‘The Simpsons’ has had throughout its existence has not been seen with any other animated show. Even at one point, Bart Simpson was described by Time magazine as one of the 100 most influential people of the 20th century, can you imagine? I mean, Bart is not even a person! Anyway, talking about influence, ‘The Simpsons’ has been so important in the entertainment industry that not long after its release, the cartoon became a sort of reassurance for any celebrity.

It is better to put this in Frank Sinatra’s words to explain further what I mean, “if you make it there, you make it anywhere.” Well, if you make a cameo in ‘The Simpsons,’ as a celebrity, you basically can, in fact, make it anywhere because it means that you officially “made it” in Hollywood. ‘The Simpsons’ is a show that has been running for longer than its most adamant followers have been alive. And it seems like the producers still have faith in it, because it’s new and thirty-third season is out and ready to be watched– well, just the first episode, for now.

Generating An Audience For The Animated Sitcom- A New Genre

In 1987, screenwriter, director, and producer Jim Brooks was looking for a cartoon “bumper” for a comedy show called ‘The Tracey Ullman Show’ to broadcast before the commercial breaks. Little did he know he was about to encounter the mastermind behind the longest-running cartoon in the history of television. When Brooks met Matt Groening (the founder of our yellow American family), Brooks never imagined the amount of success that would head their way.

‘The Simpsons’ started as a one-minute cartoon short that was broadcast before commercials. In 1989, other Fox series seemed to drive down towards the cancellation route, producers began to consider expanding the cartoon into a thirty-minute series because they found it hilarious. When the show was greenlit, it didn’t take long before creators decided to hire improv and comedy actors to be behind the characters and help expand their personalities. Since then, ‘The Simpsons’ have been the recipient of thirty-five Emmy Awards, with over three hundred nominations. The series generated an audience for a genre that did not exist at the time, the animated sitcom. Thanks to its brilliancy, ‘The Simpsons’ created an original comedy medium, in which prime-time animation became its most significant profit; it helped open the path to shows like ‘Family Guy’ and ‘South Park.’

Just in case you were a bit lost because you’ve never taken the time to watch ‘The Simpsons.’ Or in the weirdest of circumstances, you’ve never heard of the show (because you’re probably a Gen-Z), I will grant you a brief description. ‘The Simpsons’ is a thirty-minute animated comedy that follows the life of an atypical, but at the same time typical, American family. Homer Simpson is the father, a beer-drinking, useless dad whose idiocy helps initiate most of the plot points and often becomes the victim of many jokes.

Then there is Marge Simpson, the blue-haired, organized mother who has way too much patience. The son, Bart Simpson, is a troublemaker and a terrible student. Lisa Simpson is a brilliant, nerdy daughter. And finally, we have Maggie Simpson, the baby sister, who is a secret genius. The first few seasons remind its viewer of the classic American Dream because Homer Simpson lives a lifestyle that cannot be easily achieved by many Americans anymore. ‘The Simpsons’ live in a time when a dumb, big-bellied, drunk could live a comfortable life with a dead-end job and one income.

It Was Raw Or Nothing

The series was responsible for many laughs, and it became relevant because of its tendency to poke fun at the country’s political antics. Its sassy humor, realism, and intelligence attracted many viewers, and it made the studio broadcast the show in dozens of languages throughout the world. It was an unapologetic parody that would express, in a cartoon way, what most people were thinking.

‘The Simpsons’ is said to be way past its golden age, as many believe the show’s best times have been left behind long ago. In its 33rd season, ‘The Simpsons’ returns with many needed changes from a societal point of view.

When watching the newest episodes, it feels as if you’re playing solitaire; it literally is a hit or miss ordeal. You never know what you will get. I found that many of the recent episodes fall flat on what its long-lasting viewers expect to see from the show. The comedy has changed quite a lot from previous seasons. Maybe cancel culture is to blame for the comedy taking a crosscut towards safety instead of honesty. Many jokes lean harder towards slapstick comedy than their usual parody, leaving its loyal viewers mostly cringing and confused. It seems like the series shifted its character-driven plot to over-emphasize the realism and surfaced jokes.

I still find the series to be quite entertaining, though, and I might be a bit bias. I was one of those children who would anxiously wait for it to be time for ‘The Simpsons’ to be on TV. I would do whatever I was asked to be allowed to watch it.  There is still some authentic Simpsonian vibe left in there. Hopefully, the series gives more than the first episode had to offer (I advocate for cutting some slack!). There is a reason ‘The Simpsons’ is still being broadcast after thirty-three years. Not any show reaches its thirty-third season after all! Although so far, ‘The Simpsons’ thirty-third year does not fulfill its old shoes, the show still remains as the most impactful cartoon of all time, and maybe we will be able to continue to see it with our own eyes.

Stream  ‘The Simpsons’ on Hulu or Disney+ today.