Hulu’s ‘Candy’ Premiere: Jessica Biel Stars in A Story That Is Not Too Sweet 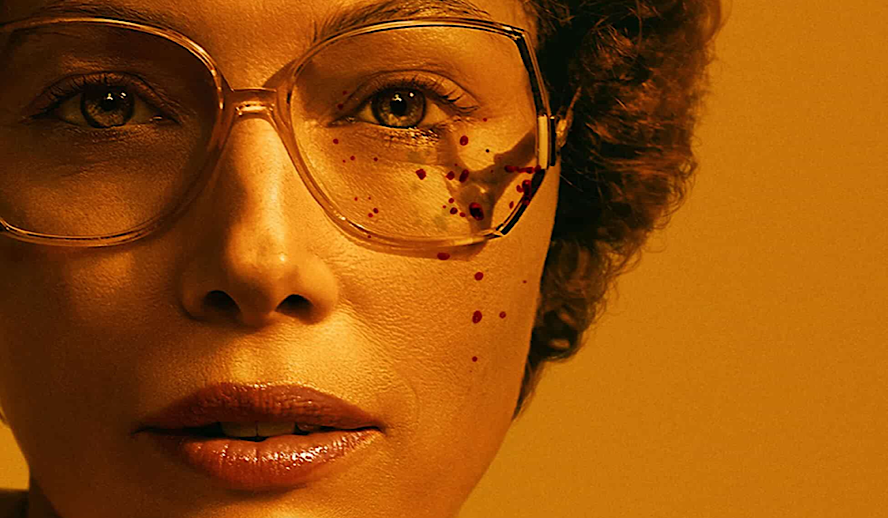 Hulu’s new TV mini series, ‘Candy’, is a retelling of the 1980 Candy Montgomery murder case in which Montgomery kills her friend, Betty Gore. Jessica Biel plays the housewife turned ax murderer and Betty is played by Melanie Lynskey in the Hulu series. There are a total of 5 episodes, each around 50 minutes long, and are released daily for the next 5 days. The series is created by Robert Veith, who was a showrunner for series such as ‘Mad Men’ and ‘True Blood’,  and Nick Antosca who was a writer for ‘The Act’ and ‘Brand New Cherry Flavor’. Veith and Antosca do a great job with ‘Candy’  as it is another great true-crime series that leaves you wanting to know more.

To give an overview of the first episode, Candy was known to be the perfect homemaker and churchgoer who had her life under control. She and her husband, Pat Montgomery (played by Timothy Simons), are seen to have a steady marriage and 2 wonderful kids in the typical suburbs of Wylie, Texas. As it is reflected in the series, she makes the hard work of a mother an easy task and one that many of her friends are amazed by. In contrast to Candy, Betty was the strict teacher who was constantly on edge. She is unsure of her abilities as a mother and can barely keep it all under control. Betty grows irritated by her baby’s constant crying and frustrated by her husband, Allan (played by Pablo Schreiber), and his work trips. Although the two are very different, both their daughters are best friends and the very first episode touches base on their friendship and how Candy and Betty interact with one another.

As one of the many things on her to-do list, Candy has to run by Betty’s to pick up a swimsuit for Betty’s daughter as she needs to drop them off at swim lessons. The episode then makes a dark cut to a shaken-up Candy with wet hair and blood all over her forehead. In its most peculiarity, the housewife continues on with her day and reverts back to the easygoing suburban mother. During this, Allan is on his business trip and becomes worrisome because of Betty not picking up his calls. He is afraid that she has done harm to herself or to the baby, he is constantly calling the house but is left with no answer. Allan reverts to calling Candy, who fakes ignorance. He is then forced to ask a group of his neighbors to go into the house to find out what has happened. At that moment, Allan finds out that Betty was shot and the truth slowly unravels from there.

“Next time you’re sad because you didn’t get what you want, you just wait. Because God has something even better for you.” The first episode opens up with the camera zoomed in on Jessica Biel in a tight curly-haired wig with round glasses, a look that immediately makes you think of the 80s. She is reciting a dialogue in a Southern accent that oddly comforts you but given the premise of the show, you can’t help but also feel disturbed. Biel delivers a performance that is chilling. She depicts a stark change from the sweet homemaker to the menacing ax killer in a matter of seconds in the first episode alone. Her ability to create a mask of innocence to cover up the doings of the killing of Betty was thrilling to watch. Her acting was showstopping and engaging to watch. Alongside Biel, Lynskey was able to give a performance and portray the uneasy mother effectively. Their dynamic was very minimal in the first episode but from one brief phone call conversation between the two, the tension was evident as Lynskey’s portrayal of Betty was worthwhile and Biel’s depiction of the killer was enthralling. With Betty being dysfunctional and Candy being the doting housewife, the episode has you shocked that Candy was the killer.

I thought the structure of the series is interesting as the first episode starts off missing the points of the actual murder on purpose which allows the story to build up to the moment the body was discovered. Veith and Antosca make the rest of the series lead up to why the murder happened and the events that preceded afterward. If you know the basics of the case, then the series does an excellent job sticking true to the facts while being able to dramatize what happens without overdoing it in comparison to other crime series. The later episodes will go into detail about what happened in their lives which led to Betty’s murder. It will discuss the affairs that happen due to boring marriages and it will reveal the cause of tension between Candy and Betty while also unraveling why the seemingly put together Candy finally loses composure.

Is ‘Candy’ Worth The Watch?

The first episode isn’t necessarily groundbreaking but from the premiere alone, the series looks promising. The pilot gave you just enough to keep you wanting more and wanting to further know what happened in the Gore’s home. Although the show may seem to be your typical true-crime thriller series, the structure is what differentiates it from other shows. Veith and Antosca focusing on what led to the event and what happened after gives a different outlook for the viewers. Rather than concentrating on the specific event, the series provides various premises that lead the audience to question what aspect of these people’s lives led to this specific event happening. As a true crime fan, I personally believe that this show is worth keeping up with and tuning into. With only 5 episodes in total, this mini-series can be a fun binge watch or something great to look forward to every day this week. ‘Candy’ is available to watch on Hulu.