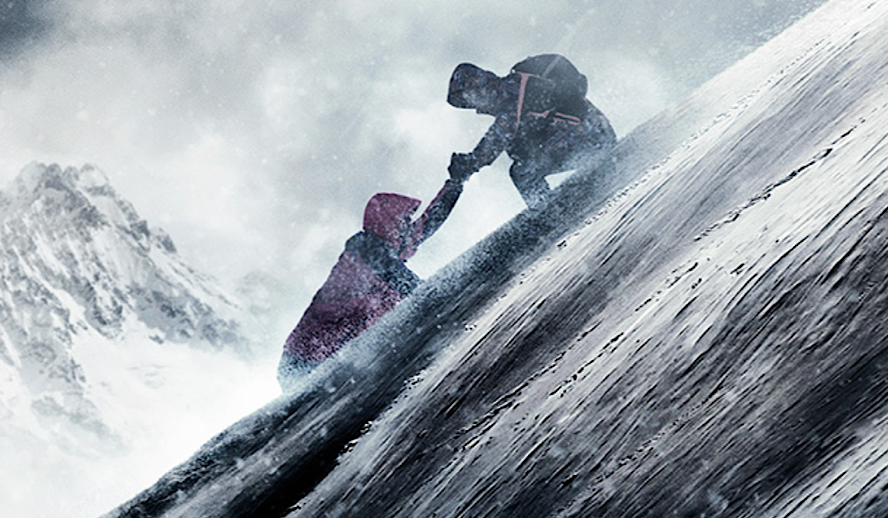 In October of 2010, Pam Bales set off on a solo hike to the summit of Mount Washington in New Hampshire. She had grown up in the mountains and knew how to read and understand the weather conditions, so she knew that they were far from safe that day. Bales quotes the conditions on Mt. Washington as “the world’s worst weather”, a claim that’s supported by the over 150 lives lost on the mountain in 150 years. These statistics give the mountain a comfortable spot on the world’s deadliest list. Still, Bales set out. She was an experienced climber and a volunteer search and rescuer, she was comfortable with the area and wanted to train with a heavy pack. So, she filled her pack with extra layers and plenty of hot chocolate and set out.

The conditions on the mountain were just as terrible as she expected. As the temperature dropped and the snow and wind picked up, she decided to make her way back to her car. This plan was disrupted when she saw fresh footprints in the snow, not left by hiking boots but by sneakers. After following the tracks she saw a man, slumped against a boulder, dressed in street clothes, and too cold to be lucid. Her hiking preparedness and work as a nurse set her into action, undressing the man and wrapping him in warmer layers. She was uncomfortable with treating a patient without knowing his name, so she decided to call him John. Her new goal was getting John down the mountain before the cold got the better of him.

Over a decade later, this story is brought to the big screen in ‘Infinite Storm’.

When telling a true story, especially a relatively recent one, with the subjects being around to experience it, actors are met with an incredibly difficult task. They must balance their own creative talents with staying true to life, bringing their emotions into a story that already played at the emotions of others. ‘Infinite Storm’ is a highly emotional story, drastically changing the course of Bales and John’s lives, the experience was traumatic, both in the events of the day and the grief they both brought up the mountain with them, and the actors did not disappoint.

From a single glance at the list of awards and nominations received by Naomi Watts, anyone can tell that she is an extremely talented and renowned actress. She has plenty of experience in playing real people, from Princess Diana to Helen Gandy, and she excels in each role. Her performance as Pam Bates was heartbreaking. Every moment of stress, grief, and frustration was played perfectly to dig right into the audience’s hearts. Billy Howle’s performance as John was equally impressive, yet completely opposite to Watt’s Bates. John was less than lucid for the majority of the film. His words are slurred, his movements shaky.

We know shockingly little about John, never learning his real name and not learning why he climbed the mountain with such little preparation until the end. At times, John is hard to root for. He has no interest in doing what’s best for him and risks bringing Bates down with him. Playing a character with few lines and hardly any consciousness, Howle blew me away. The character unfolded in small moments and off-handed remarks until John was a fleshed-out person.

The majority of the film unfolds over the course of one day. We watch Bates wake up, make her coffee, check-in with a friend, and set out on her climb. Periodically throughout the film, a timestamp appears, cluing the viewer into how much time has passed. This is especially useful in telling the story as it creates a ticking clock; Pam needs to get John down the mountain before nightfall, when the temperature will drop even lower. Following Pam throughout her day allows the stakes to build as each minute passes. The initial worry was whether or not the weather was too severe for her hike, but that concern was pushed aside immediately after finding John.

The most stressful situations are told in real-time, as Bates struggles to get herself out of a sinkhole or struggles to find John after hearing his cries for help. This pulls the audience into full immersion, experiencing things and building emotion alongside Bates. Once the situation gets dire, there isn’t a moment of relief. Conflicts come one after another as the sun continues to set. The viewer is just as eager as Bates to get off the mountain and to safety.

An Air of Mystery: Stories Unfolding Piece by Piece

When Bates checks in with a friend before her climb, he warns her to be careful. Not just because of the weather but because she is likely not in the best headspace as it’s the anniversary of an unspoken event. The audience is left questioning, not being clued in on what Bates is commemorating or why she claims she needs this hike, quipping that the mountains are much cheaper than therapy. Similarly, the audience questions how John got himself into such a dangerous situation. John is in no way fit to explain himself, and life or death situations don’t make for the best small talk, leaving only clues and small expressions that may lead to an answer.

As the film wraps, Bates and John both get an opportunity to share their pasts and explain why they found themselves on the mountain. Both situations are heartbreaking but the satisfaction of finally getting all your questions answered lessens the blow. The film is paced in such a unique manner, going from skipping hours to minutes to days, it would be difficult to keep up without the timestamps on screen. But nothing was done without purpose. Each quirk and unique structural form were executed beautifully to tell the story with maximum impact.