The Prestigious Who’s Who List of Auteur Directors: How to Become A Film Genius 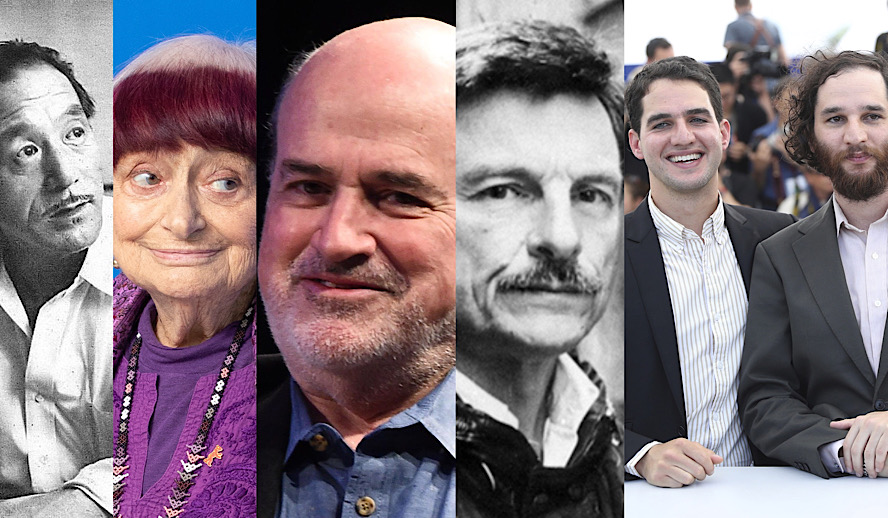 In honor of awards season and the upcoming 93rd Academy Awards, Hollywood Insider brings to you a prestigious list of the who’s who of auteur directors, a field guide to becoming a film nerd.

What is an auteur? To put it simply, a filmmaker with a distinct stylistic vision that exercises complete creative control over their films. Most often, auteur directors appeal to independent audiences, given the nature of their visions. An understanding of arthouse cinema, cannot be complete without comprehensive knowledge of auteur directors. If you’re a newbie to the world of film, venturing into new territory with stylistic directors can be slightly intimidating. That’s why I’m presenting you with a brief history of “auteur theory”, for context, and a list of five movies by some of the most notable auteur directors.

“Auteur” was coined by Francios Truffuat in the Cahiers du Cinema magazine in 1955. It was the first term to credit the director of a film with sole creative vision and was often used during the French New Wave to describe the work attributed to directors of that time. However, auteur directors have permeated the film industry since the silent era, and continue to do so in modern times. The concept of an auteur is best examined in the context of a director’s complete filmography, allowing for thematic comparisons to be drawn over the course of the director’s evolution. Even mainstream directors, such as Tim Burton and Quentin Tarantino, count as auteurs executing their creative visions.

Without further ado, here’s a list of introductory films from uniquely stylistic auteur directors to help bridge your transition into the world of film.

‘Only Son’ centers around an aging mother and her attempt to reconnect with her only child after years of no contact. Many of Ozu’s films revolve around themes of domestic life, marriage, family, and cross-generational conflict. Thus, ‘Only Son’ is an excellent example of the way that Ozu approaches these narrative themes, as well as the stylistic elements of his films. Ozu often uses cinematography to position the viewer in the middle of the scene, opting for straight-on shots of the actors during conversational scenes.

His use of static imagery as transitional fillers was also revolutionary for cinema at the time and showcases a departure from traditional transitions. Finally, Ozu invented a type of shot called the “tatami shot”, characterized by its low angle, low enough to be eye level with a subject seated on a tatami mat. Overall, ‘Only Son’ is very representative of Ozu’s style as a director, both in visual elements and narrative themes.

Agnes Varda is one of the most influential female directors to emerge from the French New Wave movement. A photographer turned filmmaker, Varda uses her work to showcase the beauty of everyday life. ‘Cleo From 9 to 5’ succeeds in doing exactly this as it follows a young woman over the course of two hours as she awaits a diagnosis from a biopsy. Unlike traditional directors of the day, Varda preferred featuring non-actors shooting on-location for their films.

This enhances the realism in each of her films, an aspect that is influenced by her photography background. Her films often come from a feminine perspective, depicting women’s issues during a time that all but excluded them from the media. In her revolutionary approach to filmmaking, Varda is one of the most influential directors of the French New Wave era, and definitely worth a watch if you’re interested in documentary-style narratives shot as realistically as possible.

Andrei Tarkovsky was born in Soviet-era Russia, which led to a constant battle between his work and the ideals of the Russian government. Some conspiracies even suggest that these differences led to his murder by the KGB in 1986, though his official cause of death is lung cancer. Tarkovsky’s films tend to manipulate the viewer’s sense of time with long cuts and slow pacing. ‘Stalker’ is no different, clocking in at almost three hours long.

However, the extra time that Tarkovsky takes with his films is never squandered but instead used to ruminate on existential questions, such as the nature of humanity and morality. Tarkovsky also has a distinct visual style, often using transitions from black and white to color to represent symbolic points of the film. ‘Stalker’ is a beautiful example of Tarkovsky at his finest with its exploration of slow cinema, pondering of humanity, and visual style.

Terrence Malick’s films are best described as abstract thoughts brought to life through visual storytelling. Malick himself is obsessed with religion, death, and existentialism, and these themes are reflected upon throughout nearly all of his films. ‘The Thin Red Line’ is most successful at combining Malick’s questions about life with a brutal story of war and loss. The cinematography focuses heavily on the natural world, an ever-looming character in Malick’s work.

The beautifully poetic scenery is, in turn, juxtaposed with long shots meant to hammer in the destructive nature of humanity. ‘The Thin Red Line’ also features a Malick-staple: the voiceover. Voiceovers by various characters in the film demonstrate the nature of Malick’s film perfectly by describing his existential questions through carefully written prose. Overall, ‘The Thin Red Line’ is Terrence Malick’s magnum opus: a rumination on existentialism made concrete through the war-driven narrative.

Related article: A Tribute to Terrence Malick: An Evolution of Thought on Film

Odds are you’ve already heard of this film as it garnered a lot of media attention during Oscar season last year. But ‘Uncut Gems’ is so much more than Adam Sandler’s snub from the Academy; it’s an exemplification of the auteur and how it extends into the modern film industry. The Safdie Brothers first received attention for their gritty crime thriller ‘Good Time’ in 2017, but ‘Uncut Gems’ marks a solidifying point in the artistic ventures of the Safdies.

The film features fast-paced editing with plenty of extreme close-ups, most often filmed in a handheld style, both markers that you’re watching a Safdie production. The electronic music coupled with the “neon-noir” aesthetic popularized a new wave of stylistic crime dramas, which the Safdie Brothers are at the forefront of. ‘Uncut Gems’ is not only representative of the Safdie Brothers’ Style, but also of how the auteur theory continues to influence the most-talked-about films in Hollywood now.

To wrap up, I completely understand that arthouse and independent films can feel inaccessible. The history of film is littered with an intense, almost pretentious vocabulary that can scare away newcomers. Hopefully, this article helps to make the world of auteur directors easier to understand, and provides you with a few films to use as a baseline when entering into new territory. Auteur theory continues to rule the film world around us, with the films of the ‘60s influencing even modern masterpieces.