Lana Del Rey: The Most Fascinating Artist Receives Artist of the Decade Award 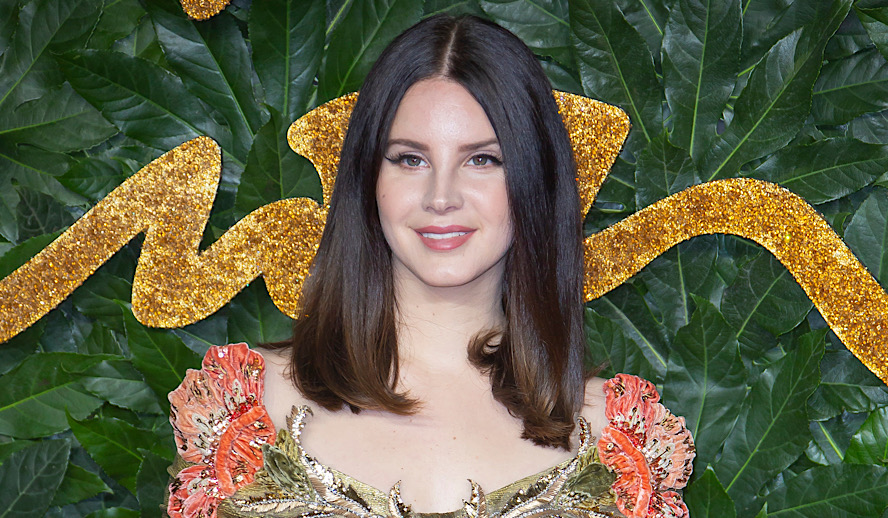 Cue the instrumental cinematic score and add the buzzing sound of a vintage camera, a rose garden, a white picket fence, and an American flag waving slowly in the background. Now, imagine a vintage mustang with a brunette girl sitting on the hood, wearing an ethereal white dress, while dreamy echoes of a jazzy mezzo-soprano voice come out of her lips. You would think I’m describing a mythological creature that drives mustangs, but I’m not. I’m referencing a queen of retro, baroque pop, indie alternative, or whatever genre you would like to assign her. I guess the Lana Del Rey music genre is difficult to classify.

In a time when, in Adele’s words, “music feels like just a transaction,” Lana Del Rey steps away from the typical musician ideals and outpours her audience with poetic resonance. Her lyrics are heavily influenced by the symbolism found in classic literature. Lana Del Rey has managed to give birth to an indistinguishable music style that sets her apart from any musician from her generation.

Although Lana Del Rey is the epitome of meaningful art, the songwriter has not always been welcome with open arms. Lana Del Rey has often been accused of romanticizing abusive relations in her songs and hinting at anti-feminist ideals. In her lyrics, the singer is known to advocate for a more submissive version of women than the average 2021 woman would like to be. Besides this constant criticism, many adversaries also state that her music is “boring,” frequently claiming her music lacks excitement and the singer looks “high” while performing.

Lana Del Rey does not fit into what’s expected, making her a target and an often misunderstood artist. Incredulous I lay when I hear these accusations because her music is anything but “boring.” The musician seems to bring forth narratives from an inner stream of consciousness while touching on important subjects and hiding much of her messages behind beautiful symbolism and abstract imagery. The songstress is known to sing about depression, dealing with abusive relationships, alcoholism, and falling in and out of love.

Even the choices Lana makes vocally in her albums and the sudden changes in rhythms found in the middle of a song convey a rebellious attitude towards conventional sounds. Like poetry, Lana’s music is a work of art, and she is part of the music industry to teach others how to do what they feel and express what they want fearlessly. Lana Del Rey is not bound to any style or idea of what she should be as a musician. Still, rather, she is who she is, even if that means wearing flowers in her head while walking barefoot on the beach as she gracefully performs a verse from a not-so-familiar poem. And for that reason, Variety magazine decided to include her in their fifth annual Hitmakers Awards ceremony and grant (no pun intended) the “Blue Banisters” singer with the artist of the decade award.

The Brunch With the Prize

In an annual brunch, Variety magazine celebrated their fifth yearly Hitmakers Awards. In the event, Lana Del Rey was the notable attendee amidst the crowd of other known musicians. Artists like new pop star Olivia Rodrigo and punk princess Avril Lavigne were seen approaching Lana Del Rey, excited to praise her for her accolade. The award show celebrated ten years of Lana Del Rey’s career since her debut single “Video Games” in 2011.

As she stepped on stage, Lana Del Rey was helped by her two managers, Ben Mawson and Ed Millett. The singer continued jokingly, stating, “my managers helped me up the stairs, as I haven’t mastered the art of walking in heels. I’m super grateful for them (Ben and Ed) and this award.” Lana then gave the audience a brief recap of her pathway before meeting the two managers. At the age of eighteen, Lana was part of the lounge and bar scene in New York City, singing through the night before meeting the management team. Lana gave her team most of the credit, as she recounts the management duo saved her from restaurant shifts as a server and living in a trailer park to a house in London, where she moved to create her music. After a year of composing, Lana delivered the single “Video Games” as a result.

The retro pop queen delivered a humble speech, reminding the audience of the importance of looking inward, staying true to your character, and her desire to find a more diarist approach to her artistry. Lana Del Rey closed with the line, “The way I live my life is my poetry, my lovemaking is my legacy, and I get to make music in between.”

Cannot Wait For What The Future Holds

She won’t be writing on walls with blood nor find that happiness is a butterfly, as she will continue to be the most fascinating and mysterious artist of this generation. Lana Del Rey will discover many more artistic endeavors that we will patiently wait to receive with much excitement. The singer might be the Sylvia Plath of the music industry. Let’s hope we hear much more from her in the future because hope is not as dangerous of a thing as Lana might think.