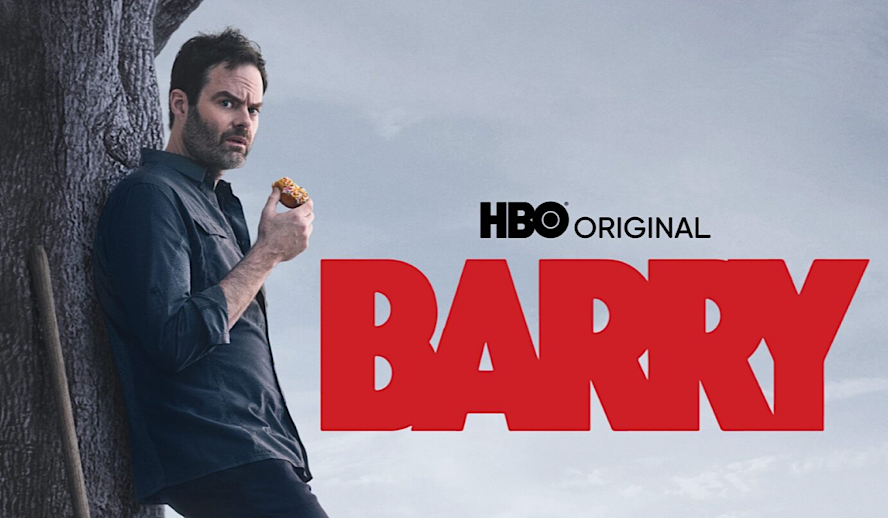 The Emmy nominated HBO dramedy series ‘Barry’ is tackling the main character Barry Berkman’s (Bill Hader) anger problems from the previous seasons. The seasons before, the audience got to see how dangerous Berkman can be once his anger takes over and in the mid-season finale, he deals with the consequences of his actions. His anger has now negatively affected everyone in life and no matter how hard he tries to fix things his way, ultimately it’s not the most compassionate way. Also, he needs to take responsibility for his anger instead of writing it off as him having a bad day.

‘Barry’ – A Hitman Who Lost His Way

The one thing that stays consistent throughout the series is Berkman trying to find what his true passion is so he gives up his life of crime but in the end, he always gets dragged back in. He easily gets dragged back into the hitman life because he’s really good at it and he’s not really good at anything else plus he doesn’t have to lie about who he is. When he is in his acting persona, he looks and behaves like a baby deer trying to learn how to walk, he’s socially awkward and has to lie to fit in. I believe the lies are what eat him up inside and it leads to bursts of violent anger that he takes out on others. Berkman sees red and can’t think rationally which in a way is good for his hitman job but not good for his actor persona.

In this season, Berkman seems depressed and doesn’t know what to do with himself while his girlfriend Sally (Sarah Goldberg) is finally seeing success with her TV series. Their relationship feels dull and has a lack of love which doesn’t surprise me because their whole relationship is built on a lie and I believe that as long as Sally stays with Berkman, she will be the one who ends up getting hurt because of his hitman life. Also in this season, their relationship feels fake with Sally telling Berkman to show up with flowers to set just to make it seem like she’s in a happy and fulfilling relationship with others around her. In the end, Berkman is just dead weight to Sally and there aren’t any benefits to their relationship anymore.

The Boy Who Cried Wolf

I like how this season all of Berkman’s decisions and lies are all catching up to him and now he has to face the people he’s hurt. With Gene Cousineau (Henry Winkler) being the first person who sees the real him, it hurts when Cousineau figures out who Berkman is because he now knows that their friendship was built on a lie. Meanwhile, Berkman is still trying to keep up the actor charade and tries to convince Cousineau that he’s a good guy even though he treats him like a hostage. We see that Berkman can’t kill his way out of this situation because he grew to love Cousineau and sees him as a father figure. I want to know what’s going through Berkman’s head of how he’s dealing with the situation because he can’t just follow Cousineau around his whole life unless he gets some dirt on him. The show has put the audience in an awkward position because Cousineau is Berkman’s victim but you’re still rooting for Berkman to find a way to get away with all of it.

Let’s get one thing straight, Berkman is not a good guy, he’s hurt a lot of people without giving it a second thought. However, does he have a good heart, also no, there are many opportunities in the series where he could’ve done something else but he keeps on making things worse for himself. The problem is that he’s lying to himself that he’s a good person and tries to convince others the same but the reality is that he kills people and there’s no coming back from that. If Cousineau was the lead of the show, Berkman would be easily the villain that he’s trying to get away from. Selfish is a good word to describe Berkman because he truly doesn’t care about anyone but himself and to sustain his happy “acting” fantasy life.

After the events of the mid-season finale, Berkman is truly stuck in a corner because his anger has cost him the last thing that was keeping up his acting persona and that was Sally. One thing that I really love in this season is the new character Katie (Elsie Fisher), she is the first person who saw Berkman’s anger and didn’t makeup excuses for it. She sees through Berkman and Sally’s relationship when he yells at her in front of everyone and tells Sally what she needs to hear is that their relationship is abusive. Although we never saw Berkman be abusive to Sally up until that point, Katie and the audience know that’s the direction their relationship will go if Sally doesn’t break up with him. There are moments in the show where I thought Berkman was going to hurt Sally because of his internal rage from the result of his hitman life. I’m happy with Sally’s character arc because she doesn’t justify Bekrman’s actions as she would in the past, she’s grown as a person and is done with him.

Now that he lost Sally, where is Berkman going to go now? He has no ties to his acting persona anymore therefore I believe he’s going to go fully back into his hitman life. I hope he doesn’t try to win Sally back because if he truly did love her, he’ll let her go, and hopefully Cousineau will find a way to protect Sally from him. I think Berkman will end up living with Cousineau to his dismay and he either has to go into hiding in the end or having to take someone’s life in the end. I believe the latter will happen because in previous seasons a character we’ve been following gets killed off. Usually, they’re minor characters so it doesn’t hurt the audience much but if they end up killing one of the main characters it’s going to hurt. It’s most likely going to happen because we’re in season three and it is due time for a major character to die and the most likely candidate is Cousnieau but we’ll have to wait to see. I’m excited to see how this season ends because I know it’ll end up surprising me, hopefully without the death of one of my favorite characters.