The Fascination With the Wicked – Why Do Villains Reign in Current Film Pop Culture? 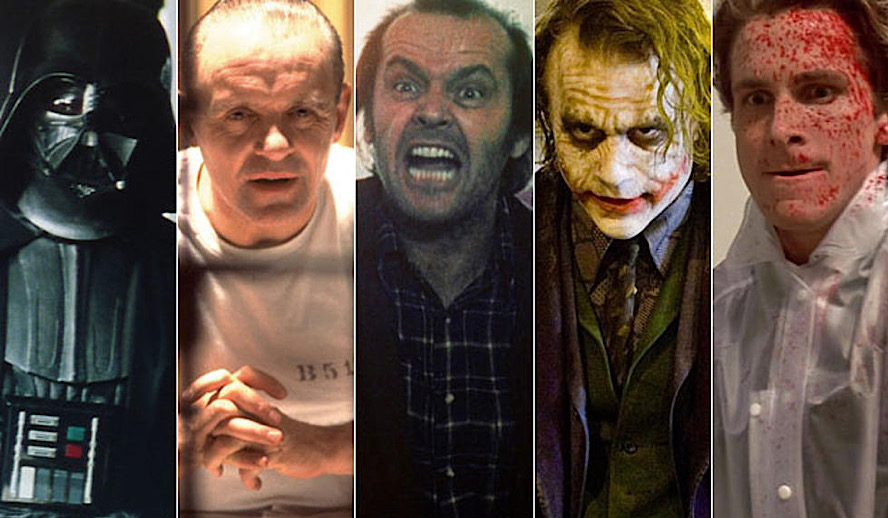 You may have noticed that villains have been all the rage. Reimagined villain backgrounds, like the ‘Joker’ or Harley Quinn’s ‘Birds of Prey’, have completely revamped certain IPs. Villains without preexisting pasts have been given completely original backgrounds, such as in ‘Maleficent’ or ‘Cruella.’ And beloved characters have even been given their own television shows to helm – such as in ‘Loki’. Let’s explore why we love the bad guys so much, and why we want to see more stories with them at the center!

Before we get into some other plausible explanations, the answer could be extremely simple. For instance, many of these villain-centered stories explore the unknown pasts of movie villains – territories that have always been the subject of curiosity. For villains like Cruella de Vil and Maleficent and their recent live-action films, these origin stories are completely original, not based on any previous IP or film. And as such, the excitement surrounding what these stories may entail gives the film even more hype. This could explain why Disney’s live-action films based around its villains seem to gain more interest than their remakes of entire films (like ‘The Lion King’).

Original stories based around iconic characters always sell – if done well of course. It’s what gives franchises like ‘Harry Potter’ and ‘Star Wars’ the ability to live on, decades after they first debuted. And adding a twist to these films gives them an edge too – such as the reimagined origin story of Arthur Fleck in ‘Joker’, or the punk-rock aesthetic in Disney’s ‘Cruella’. Since villain stories are, again, mostly unwritten, it seems like studios are willing to take more risks to create fantastical, fun characters in lieu of simply trying to “recreate” its original film.

Have Left a Lasting Mark on Cinema

Villains – Wanting to Believe Everyone is Born Good

Another reason why we may be obsessed with consuming villain-focused content could be because we like to believe that people are fundamentally good. Per the “Tabula Rasa” ideology – everybody starts with a clean slate. For ‘Cruella’, it’s impossible to imagine sympathizing with someone who makes lovable dogs into coats. In fact, the creators behind the film have even touched on the developmental challenges of making that work.

But seeing her origin story in the finished film, and empathizing with her struggles as a young orphan mourning the loss of her mother, makes it a bit easier. We begin to understand how someone could be driven to madness, and we accept it as a plausible outcome. But at the same time, we can see that she started out on a blank slate, fundamentally good, before having to undergo the trauma that made her the villain she is.

In the case that our favorite character of a film was its villain in the first place – it also makes us feel better about liking someone so treacherous. In fact, many of these new shows, like ‘Loki’, are a direct result of a character being so adored by fans that it encouraged its own spinoff series. For Loki, and his back-and-forth acts of villainy and heroism, there’s a fervent want for him to be good, deep down. This would allow us to somewhat justify, or at least understand, his past crimes and be able to support him fully as a character.

Top 10 Disney Villains: Who Makes it to Number One? Is it Scar? Jafar? Hook?

In both scenarios, instead of being outright villains, these characters end up being more like antiheroes – a mix of good and bad, albeit more of the latter. This effect makes us like and accept them more, while giving us the comfort that no one could truly be that evil. Instead, they were all “good” before undergoing circumstances that caused them to go dark.

A Fascination with the Bad and Ugly

At its core, this fascination with evil is simply part of being human. It explains why so many consume true crime content on a regular basis – whether that be podcasts like ‘My Favorite Murder’, television shows such as ‘Forensic Files’, or novels such as Truman Capote’s ‘In Cold Blood’. We are drawn to the bad, and certainly the ugly. And this fascination, reportedly, begins young. As Dr. Elizabeth Rutha, a licensed psychologist, said to Mental Floss, “even as kids, we’re drawn to the tension between good and evil, and true crime embodies our fascination with that dynamic.” Through aging, that fascination simply matures into something more tangible.

Of course, this fascination with evil and villainy is different than an obsession. The point is that, at its core, and to a certain level, it’s normal and part of our human psychology to be interested in these subjects. And while more media is catered to “cooler” villains like Loki or Cruella de Vil (in their most recent iterations), this can explain why we are sometimes interested in the more deranged bad guys, like the Joker from the recent Joaquin Phoenix headed film, ‘Joker.’ In a film like that, it’s clear that Arthur Fleck is a true villain. We may feel sympathy for him – because we see how he’s been mistreated by a cruel world – but we most certainly do not feel empathy for him. And even so, we’re invested in his story because we want to understand how, and why, someone would go to such horrific lengths to be heard.

Hero Or Villain?: When You’re Young, You Love The Hero, When You’re Old, You Understand The Villain

Studying these real-life villains gives regular folk an insight into a mind they wouldn’t otherwise experience too. What makes these villains tick? Why do they find gratification in horrific acts? Ultimately – why do they think the way they do? These questions can feel captivating to explore – especially as we could never see ourselves in that position, providing us with a sort of “safety net” to feel comfortable exploring these issues. And apart from that, there’s the simple psychology of “not being able to look away from a car wreck.” As humans, we’re naturally drawn to the abnormal; anything out of the ordinary will grab our attention. When it’s macabre and dark – something that we could never understand? Even better.

Lastly, there’s a warped mindset that if we understand how these villains think, we can avoid being a victim. Going off of that car wreck analogy – we could never be the people in the accident, because we drive safely and are aware of our surroundings. Perhaps watching villain-focused shows makes us feel like we could outsmart the bad guy in a situation. Is that true in real life? Probably not. I hardly think any of us could really outsmart the Joker; if he wanted to get us, we’d be toast.