The Rise and Journey of Bill Hader: ‘SNL’, ‘Barry’ and Beyond 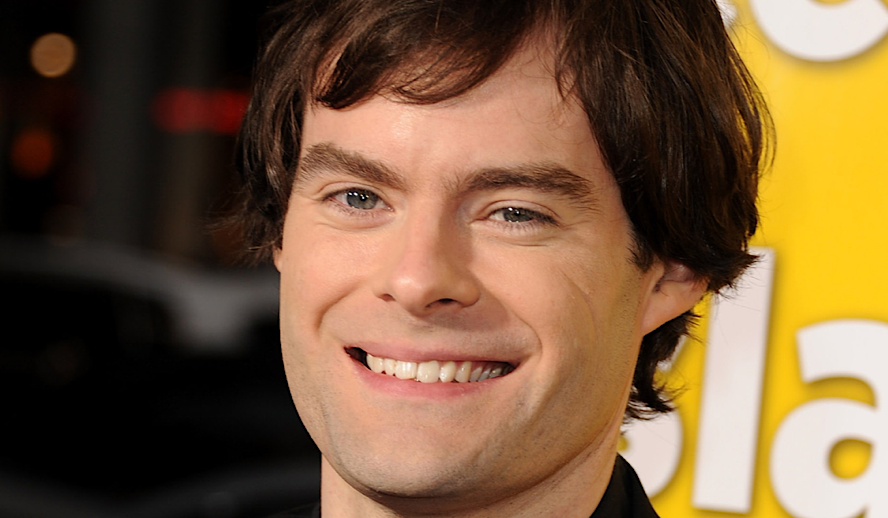 Bill Hader was born in 1978 in Tulsa, Oklahoma – a far cry from the likes of the Hollywood world of Entertainment. Growing up, he wasn’t the cool, popular kid or the brainy one with good grades – he was the avid film fan and class joker. This, of course, meant that he didn’t always fit in, often at the fringes of the school social scene. But according to Hader himself, he still had his own ragtag group of similarly minded friends, who gallivanted around and discussed their favorite films. Even as a teenager, Hader already showed signs of his comedic antics and sensibilities. Supposedly, he made his own short films and was even fired from his usher role at the movie theater for spoiling the ending of ‘Titanic’ for several viewers.

Though Hader hoped to attend film school for college, he ultimately committed to the Art Institute of Phoenix after high school, then transferred to Scottsdale Community College before dropping out of college and moving to Los Angeles at 21 years old. In LA, he found his first role as a Production Assistant through the job listing pages of The Hollywood Reporter – going on to PA on projects like ‘Spider-Man (2002)’ and ‘Collateral Damage (2002).’ After working other small gigs – such as an assistant editor at Triage Entertainment – he eventually found his footing in comedy classes at Second City. There, he established his own sketch comedy group “Animals from the Future” with friends Matt Offerman, Eric Filipkowski, and Mel Cowan.

Eventually, Hader auditioned for ‘Saturday Night Live (SNL)’ and was hired on the show for his comedic talents and, particularly, knack for impressions. And, the rest is history. A New Yorker article stated that “Hader’s friends from Tulsa, where he grew up, tease him for having gone Hollywood, because he has given up drinking and smoking for chaga tea, sprouted-grain bread, and meditation.” However, we all know that, though he’s made it in Hollywood, Bill Hader is well known for his humble attitude and casual persona.

Though Hader is now known for his many comedic talents, he first broke through on ‘SNL’ for his top-notch impression skills. His “list of impressions included Vincent Price in the Variety Vault sketches, Keith Morrison, Harvey Fierstein, Al Pacino, Rick Perry, John Malkovich, James Carville, Julian Assange, Eliot Spitzer, Alan Alda, Clint Eastwood, and Charlie Sheen” – to name a few. However, it didn’t take long for Hader to become a regularly utilized cast member throughout his time at the show, recognized for his versatility and diverse set of skills. In 2012, he was even nominated for an Emmy in Outstanding Supporting Actor in a Comedy Series – a distinction that hadn’t been received by a male SNL cast member since 1984 for Eddie Murphy.

During his tenure on ‘SNL’, Hader became most famous for his comedic persona Stefon – a New York City correspondent frequently appearing on the show’s ‘Weekend Update’ segment, hosted by Seth Meyers. In the series, Seth inquires Stefon for classic NYC activities, with Stefon responding with over-the-top, inappropriate, and increasingly ridiculous suggestions. Smattered with Hader’s inability to stay in character, often bursting in his zany, iconic laughter, as well as surprise quips written by John Mulaney, the beloved character quickly grew in popularity and is one of ‘SNL’s’ most favorite characters to date. If you didn’t know – Stefon even has his own Funko Pop figurine!

Ultimately, Hader left ‘SNL’ after eight long seasons, but returned in 2014 and 2018 as a guest host. But relegating his successes during this time period to just ‘SNL’ would be a mistake too – as Hader appeared in countless films and specials during his time at the show (which, of course, only films seasonally). Notably, he starred as Officer Slater in the now-classic comedy ‘Superbad,’ while appearing in other smaller roles in ‘Pineapple Express’ and ‘Tropic Thunder.’ Among tens of other roles, he worked as a creative consultant on ‘South Park’ and began sitting in with teams at Pixar to learn from their creative process – and in some way – be inducted into their “creative trust.”

He also was able to tap into his cinephile side when he hosted ‘Essentials, Jr.’ on Turner Classic Movies from 2011 to 2014, where he recommended classic films to young, impressionable viewers. According to an article by the Los Angeles Times, “Charlie Tabesh, senior vice president of programming for TCM, said that Hader’s a perfect fit for Essentials Jr. because he has a certain energy and appeal to younger people. He is very passionate about the subject. He isn’t just reading a teleprompter. He really cares and knows the movies.”

Fast forward to now, and Bill Hader is now a comedic powerhouse not only known for his talents on-screen, but for his accomplishments as a writer, director, producer, and showrunner. As an actor, he gained critical acclaim for his dramatic performance as older Ritchie in Stephen King’s ‘It’ – often cited as the breakout performance of the film. He also performed as his first leading man role alongside Amy Schumer in ‘Trainwreck’ and voice acted in a variety of films such as ‘Inside Out,’ ‘The Angry Birds Movie 2,’ and ‘Toy Story 4’.

As a co-creator alongside Alex Berg, Hader created the dark comedy show on HBO ‘Barry’ – following a socially inept hitman looking to leave his life behind and pursue an acting career, no matter how awkward and unassuming he may be. Hader produced, wrote, directed, and acted (as Barry) in the show – an impressive feat for the once comedic performer known for Stefon. The show ultimately received dozens of Emmy nominations – with Hader winning Outstanding Lead Actor in a Comedy Series two years in a row, for both seasons of the show. Season 3 is currently in the works.

Outside of his creative work, Hader is known for his candidness and openness on mental health, a topic that he champions due to the lack of conversation he saw, and needed, when he was a young, aspiring performer himself. Hader has revealed he deals with intense anxiety behind the scenes, which can become overwhelming at times. “It got worse as I got older — catastrophic thinking and things like that. It was just the anticipation of a task and the pressure,” Hader said in a recent Zoom event. However, he hopes that in talking about his own struggles and offering tips and suggestions to others, that young people will know that they too can become successful and manage their own anxiety.

Just this past May, the University of Southern California bestowed onto Hader the ‘Master of Comedy’ award, an honor that has been given to Steve Carrell, Lisa Kudrow, and other comedic geniuses in the past. He was also honored with a $10,000 scholarship in his name that will be awarded to a lucky USC student next year. And there is perhaps no better way to characterize Hader; he is truly a master of comedy.