‘Afterlife of the Party’: Victoria Justice Lives (And Dies) To Party 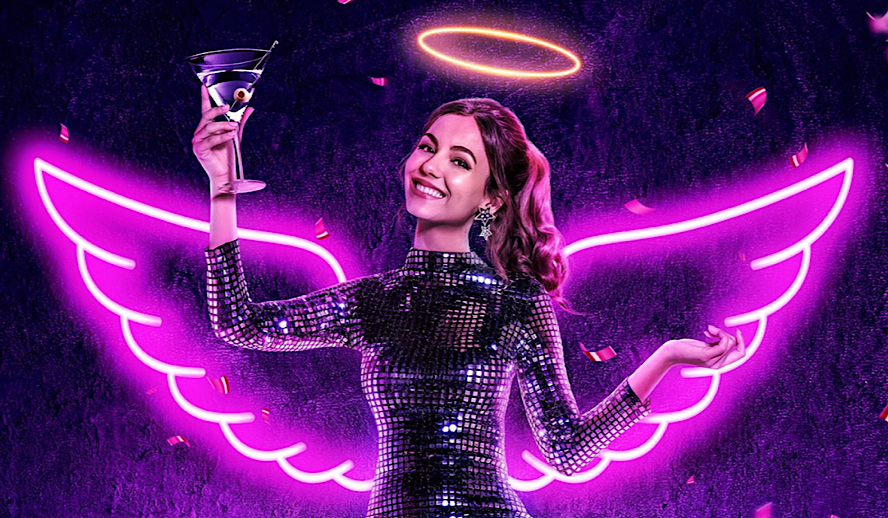 Photo: ‘Afterlife of the Party’

Cassie (Victoria Justice) is a 24-going-25 socialite and party planner in the midst of her birthday week. Among the strings to manage for Cassie is her long-time best friend and roomie Lisa (Midori Francis), who is much more concerned with her nights spent in doing puzzles and reviewing her graduate studies. Despite their differences, they’ve sustained an unlikely friendship. After a crazy night of ‘Cassie-Palooza’ – that’s what Cassie calls her birthday-week festivities – the duo erupts into a fight of seemingly friendship-ending proportions.

‘Afterlife of the Party’ sports the frayed threads of other life-and-death TV shows and movies like ‘The Good Place’ or ‘It’s A Wonderful Life’ but with less depth and finesse. Composed more like an after-school special than a black, it all feels like a return to form for our cornerstone Nickelodeon star, Victoria Justice. However, despite desperate efforts to recreate the tone of other, similar films, this project suffers from a staleness that is hard to reconcile.

The Above: Charming Actors, Sparse Characterization

Listen, I like Victoria Justice. She’s vibrant, talented, and embodies a very fitting vision – svelte and sparkling in a silver two-piece jumpsuit –  for the role of a bustling socialite who lives (and dies) to party. However, I think that this role highlights a familiar pattern within her career; Mary Sue-ish, a popular main character with a way more visual than emotional complexity. Justice delivers the lines with enough gusto, lands on the ‘right’ comedic beat, shifts her attitude with the emotional tone of the scene, but there’s never anything more to Cassie than her basic character outline. Cassie needs idiosyncrasies beyond the bare-bones; dancing around in cute clothes, chirping out punchlines, winning our hearts the good old-fashioned way. It’s just not enough, not for a protagonist, not for me.

Midori Francis delivers the most genuine and relatable performance. Despite the comical heavy-handedness of the two characters’ differences, she injects more sense of sweet, awkward warmth and comic relief to Cassie’s optimistic but self-serious boldness. Where Cassie’s personality lacks, Lisa’s begins to radiate. Because of this, I think that while the plot orbits around Cassie, the true story is buried within Lisa’s character, who acts as her vessel into the physical world.

Robyn Scott’s honey-sweet but honest role as an angel overseeing Cassie’s supernatural redemption arc provides much-needed variation to Cassie’s antics around the real-world, but she stays pretty firmly on the sidelines. Timothy Renouf plays the dream-boy neighbor with an English accent and coincidental interest in all of the same things as Lisa. I’ll admit, they are cute together, and I think that Lisa’s search for love made for some of the more endearing scenes for both her and Cassie. Koop (played by Spencer Sutherland), the in-world all-permeating popstar and obvious transplant for the enigmatic Harry Styles-esque icon, is shoved in your face from the first scene of the film, or.. your ears. Don’t fret, this is all just a hamfisted attempt at convincing us of his karmic connection to our extra special protagonist.

The Below: A Meaningless Sequence of Events

‘Afterlife of the Party’ sets up these tender, heart-wrenching scenes, supposedly to display the ever-changing complexity of parent-child relationships following years of distance, but it all just feels so cheap, so unearned. Adam Garcia plays Cassie’s distractingly young-looking yogi dad, seeming more like an older brother figure than a father when he is first introduced. More of a cardboard cut-out of your typical movie dad than anything, it becomes harder to ignore his lack of characterization as he becomes more and more important to Cassie’s overall mission. The hollow, hamfisted side plot with estranged mother (played by Gloria Garcia) swoops in near the ending, her scenes detached and unevocative. I mean, I really found myself wondering: am I supposed to believe that these people are all flesh and blood? That these characters actually created and shaped the memories that affect our protagonist? I think that you should be the judge.

Moments that should be creeping with suspense, rife with a fresh, tonal score, and telling us more about our main characters and their new connection to the afterlife proceed along with all of the excitement of something like a nearly 2-hour graduation ceremony. The pacing seems to suggest that we’re experiencing some incredibly lively supernatural adventure, but it all feels totally conventional. Ultimately, I just don’t think enough is done to frame Cassie and her personality in any light other than the broad strokes of how she has a lot of friends and loves to party. While one might argue that the insipidity of this role is purposeful, perhaps a nod to the adorable ditziness of Cher from ‘Clueless’ or Elle from ‘Legally Blonde’, it never seems to become quite that charming. For Cassie, these personality traits are just a given, because that’s what teen comedy protagonist gals are supposed to act like.

Finally, in terms of cinematography, this film only reaches an essence of visual poignancy when it soaks the setting in neon, gleaming with shades of pink and indigo; a shadowy, but the energetic background that mirrors the overall tone. Unfortunately, these aesthetics all but disappear after the first quarter of the film, with a few stray, shadowy scenes to remind us of that wasted potential.

‘Afterlife of the Party’ – The Inbetween: Watch It On A Thursday, Forget It By Friday

‘Afterlife of the Party’, like many other films that endeavored to riff off of a familiar premise, falls short in the little details, those important pieces that truly differentiate a film from the identical pack. To be fair, all of the most classic coming-of-age, romantic comedies are so cemented in tropes that they’ve become pure, modern representations. But that’s the self-aware beauty of it all, and that’s what this film lacks.