You Season 3: The Perfect Spooky Season Binge Watch is Back 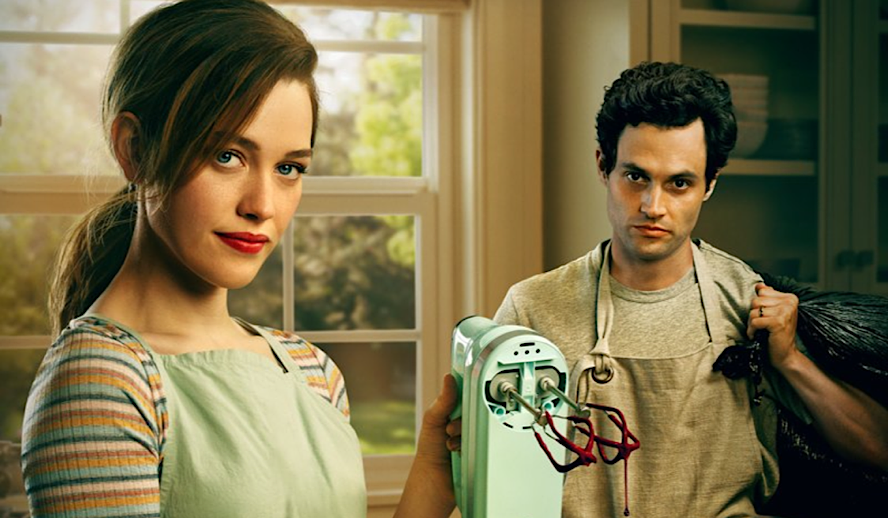 On October 15th, the hit show ‘You’ returns on Netflix for its third season, and now our favorite psychopath has a new challenge besides disposing of dead bodies: parenthood. The American psychological thriller stars Penn Badgley as Joe Goldberg, a man obsessed with love to the point of stalking, abduction, and murder. The series is based on the books ‘You’ and ‘Hidden Bodies’ by Caroline Kepnes. Fans have eagerly waited for two years to find out the fate of the couple Joe and Love Quinn, ending season two with several unfinished storylines and cliffhangers. If you aren’t caught up on the show, turn back now. But if you are, I’m sure you’re dying (haha, get it? Dying?) to find out what happens.

All That Happened In Season Two

In the second season, after killing his girlfriend Beck, Joe flees from New York to Los Angeles and takes on the identity of Will Bettelheim. Over the course of ten episodes and seven dead bodies, a lot happens. After Joe steals Will’s identity, he learns that Will was in debt to a man named Jasper who threatens to cut off Joe/Will’s finger. Thus, the first victim. Joe’s new landlord, Delilah, and her younger sister Ellie also join as season regulars. Ellie is linked with comedian Henderson who Joe discovers has a history of sexual assault and child molestation, and as an attempt to protect Ellie Joe accidently kills him.

In the meantime, Joe begins to fall in love with an affluent chef, Love Quinn (Victoria Pedretti), who owns the store he starts working for. Love’s twin brother, Forty (James Scully) struggles with addiction and is known to be unreliable. Forty likes Joe, and with his help begins to adapt Beck’s best-selling book. Forty drugs Joe for “creative inspiration” and while under the influence Forty realizes that Beck was killed by her ex-boyfriend. With the help of his ex, Candace/ Amy aka Joe’s original heartbreak, Forty tries to warn his sister to get away from him.

At the same time, Delilah starts to solve Henderson’s murder and uncovers that Joe was the killer. Joe traps her in the cage, promising to release her in 16 hours, enough time for him to escape L.A. Except when he returns, her body is dead on the ground with her throat slashed. Joe is unsure if he was the one to do this, since he doesn’t remember what he did the previous night under the influence.

In an amazing twist, Love reveals that she was the one who killed Delilah to protect Joe. Joe is, for some reason, not as into this as one might think he would be. She also reveals that this isn’t her first time killing: when she was young she killed their au pair, who was sexually abusing Forty as a minor. She knew that her brother would be coddled and protected if the family believed it was him, and the murder became the Quinn family secret. Distrubed by Delilah and the au pair, Joe reacts negatively despite finally meeting his match. Love locks him in his cage and when Joe tries to escape she reveals that she is pregnant. Joe decides to become the father he wished he had and spend his life with Love, even though his obsession with her has now subsided. Forty is killed by a police officer in a final showdown with Joe, where it appears that Forty killed Henderson and now is threatening Joe. In the final minutes of the last episode, Joe and a very pregnant Love are settling into their new life in the suburbs. It appears that suburban life hasn’t changed him too much though, and the beginnings of an obsession with his new neighbor are hinted at.

You Season 3 – A New Season Of Psychopaths, Only Now With A Baby

There is a lot to look forward to in the next season. The couple has welcomed their baby boy, Henry, into the world and the two murderers are adjusting to life as parents. According to Variety, “Their family life begins to grow complicated due to Love’s impulsiveness and Joe’s budding interest in that woman who lives next door, especially as he begins to feel trapped by how well Love understands him.” A slew of newcomers joins the cast, including Michaela McManus, Tati Gabrielle, Dylan Arnold, and many others. Saffron Burrows will revive her role as the Quinn matriarch, now as series regular. Show-runner and co-creator Sera Gamble told Entertainment Weekly, “The stakes are pretty high. I have so many questions about Love’s mother who’s incredibly in the picture at the end of the season, like how much she really knows about her children.

We wrote [the finale] hoping that we will get the opportunity to tell more story because we’re really excited with the seeds planted at the end of season 2.“  Shalita Grant plays Sherry, a ‘Mom-fluencer’ who is a mean girl in disguise welcoming Love into her social circle according to the Netflix Queue. Scott Speedman will be playing Matthew, who Netflix described as, “a successful CEO, husband, and uncommunicative father. He’s reserved, mysterious, and has a tendency to be withdrawn…all of which masks a deep well of emotion underneath.” Jack Fisher will be playing a Young Joe Goldberg, and after getting a bit more insight into Joe’s violent upbringing, it will be interesting to learn more. According to Deadline, Scott Michael Foster has joined the cast as Ryan, a television reporter and single father who has overcome a history of addiction. He is described as having “a controlling, calculating demeanor that he reserves for those closest to him and anyone who gets in his way.”

The couple now must not only navigate their new lives, but also struggle to keep their marriage afloat while Joe continues to be an obsessive creep and Love grows more possessive. That doesn’t seem to slow them down, as seen in the trailer when the couple buries a body as their baby coos a few feet away. Maybe they just aren’t the “nice normal neighbor” material? What can be expected of this season is more entertainment, soapy storylines, and chaotic characters.

In the trailer, Joe says in a voice-over to his newborn son “For you, I’d move to some soulless suburb. For you, I’d marry the monster. Your mother, Love.” The monster seems a bit dramatic coming from Joe, if I’m being honest. Love is the first person that truly matched Joe’s energy, she was not only undeterred by his soundproof cage and his track record of manslaughter but actually attracted to it. She thought that it made him inventive, resourceful, and passionate. She believes they’re soulmates, and frankly, I do too. Love has killed to protect people she cares about, which is literally Joe’s whole thing. But finding out this information about her has changed Joe’s perspective and he seems… afraid? Gamble told Us Weekly about the shifting dynamic between the two, “He has a baby on the way and Love has moved from that perfect girl that he’s trying to win to the real girl, who’s maybe not exactly what he’s expected … to something much more like a wife.”

They are more similar than different: both are deeply caring people who have a warped sense of how to love. Pedretti described the similarities of the characters to Elle, “All of this has been warped by a lot of conditioning throughout her life, in the same way, Joe’s idea of love has been warped by a great deal of conditioning and trauma throughout his life. Certainly, a lot of dualities, when it comes to this great passion for love and life, and this great passion for protecting those that she cares about, and the lengths [to] which she will go to ensure that.” Either way, trauma responses usually don’t have a body count. Rational or not, in the Halloween spirit I know I’ll be binge-watching these two crazies make more bad choices.